The True Story Behind Netflix’s The Great Heist 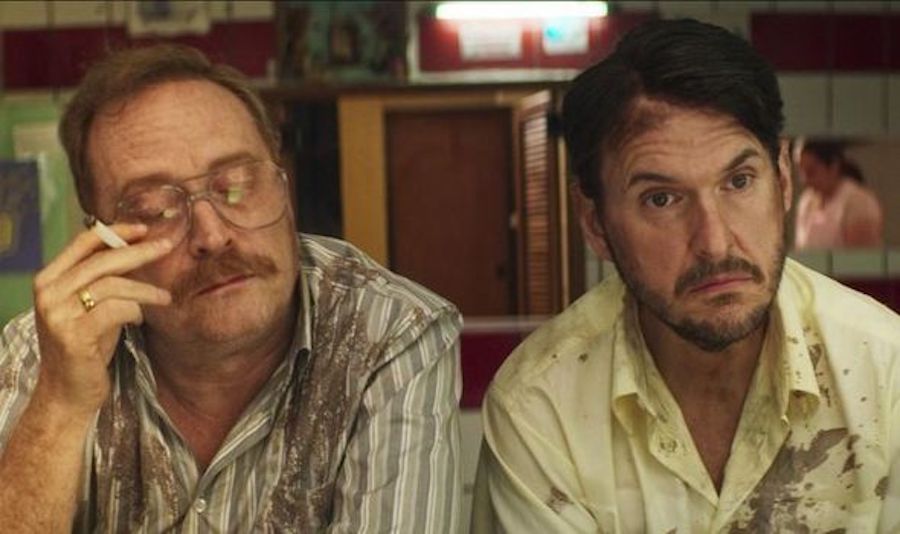 Netflix’s ‘The Great Heist’ (El robo del siglo) follows the story of a band of thieves who steal twenty-four billion pesos from Colombia’s Bank of the Republic. The six-part series serves a thrilling time to the audience, with several edge-of-the-seat moments. It also presents a very realistic take on a robbery, never trying to pull off some Hollywood-style feat that makes the whole thing unbelievable. In fact, at the end of every episode, the show reminds us that the story is inspired by true events. This makes us wonder how much of ‘The Great Heist’ is true? Here’s all you need to know about it.

Is The Great Heist based on a true story?

Yes, ‘The Great Heist’ is based on a true story. While the show does take some creative license when it comes to the names of the characters and their backstories, it stays pretty close to the way things had happened in real life. Termed as “the robbery of the century”, this heist is the biggest in the world when it comes to the sheer amount of cash that has been stolen from any bank in the world. The showmakers decided to keep as many true elements of the story in the show as possible, which means that most of what goes on in ‘The Great Heist’ is real, as impossible as it might seem at the time.

The Great Heist of Valledupar 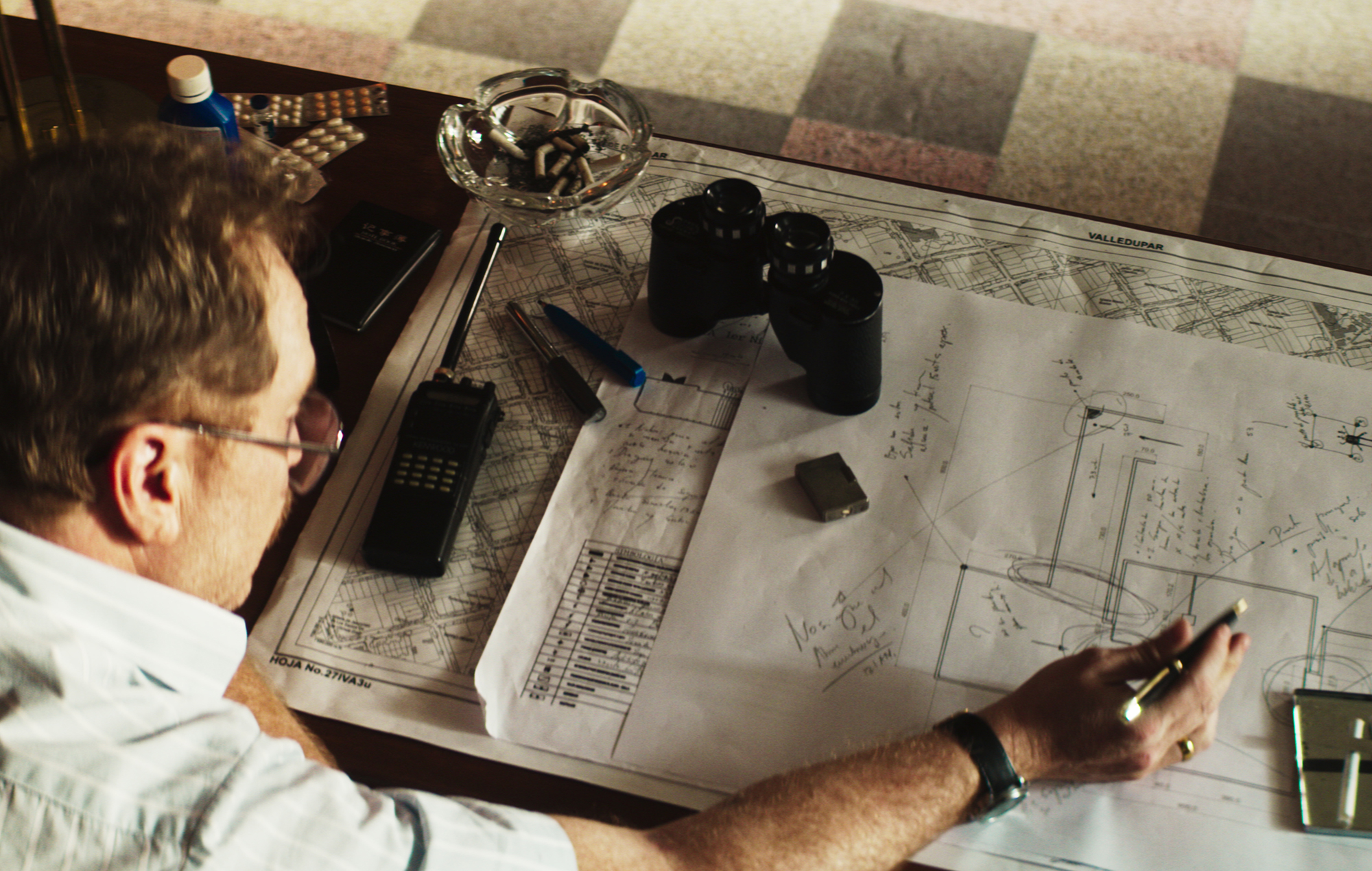 In the Netflix series, it is shown that the robbers had to plan the heist within fifteen days or so. However, in real life, it took almost eight months to plan. The thieves had accounted for every detail and flaw in the system. Just as Chayo’s team gets machinery imported from Panama, the real robbers had ordered their stuff from Canada. Much like the show, the real-life mastermind of the robbery had paid off the bank officials as well as some police officers to ensure the smooth working of his plan. When the law caught up with all of them, it was revealed that at least twenty-six people had been in on the plan, in one way or another. The show cuts down this number to just a bunch or so, while also changing the names of the members.

In real life, as reported by El Heraldo, a man named Benigno Suárez Rincón, going by the alias of Don Pacho, was the mastermind behind the heist. His right-hand man was Alexander Flórez Salcedo. Together they got the cops involved in the plan. In the show, only two police officers are associated with the act, but in real-life, there had been at least four of them- police lieutenant Juan Carlos Carrillo Peña, Jaime Bonilla Esquivel, Lieutenant César Augusto Barrera, and Second Lieutenant Jairo Alberto Barón, along with a man by the name of Fabio Guillermo Guzmán. It was the job of the cops to get some bank officials into the loop and ensure the smooth arrival of the robbers inside the bank. Just like Moroy keeps the guards distracted for Chayo’s van to enter the bank from the back door, Barón made sure that the robbers did not have to encounter any patrol cars.

In the show, the heist is financed by Jackie, who gets the money from another criminal organization. In real life, a man named Elkin Susa was the financier, who was also in charge of the welding equipment. Just as Molina monitors the heist from a hotel right across the bank, Suárez Rincón and Bonilla Esquivel had found a vantage point in the rooms of Hotel Sicarare, from where they kept an eye on the operation.

To get inside the bank without alerting security, Chayo’s team comes under the guise of AC repairing service. The same cover had been used by Rincón’s team. In fact, while entering through the backdoor, the truck got stuck and needed a little push, which was provided to it by the guards who didn’t know what was about to happen. The incident found its way into the TV show, where the same thing happens but during the departure of the robbers from the bank.

The inside man had been a security guard named Winston Tarifa (Yidi in ‘The Great Heist’) who also manipulated the CCTV footage to remove all evidence of when and how the robbery had taken place. He was also left tied like every other security guard to make it look like he had nothing to do with the heist.

A little problem was faced by the thieves when they realized that the armor of the vault was much thicker than they had believed it to be. This led to an extension in the timeline. The job that was supposed to be over in mere eight hours took the entire day. It turned out that they had also misjudged the amount of money they would find inside the vault. It was so much more that they had to leave six billion pesos behind simply because they didn’t have any space in the truck to fit it.

What happened to the robbers in real life? 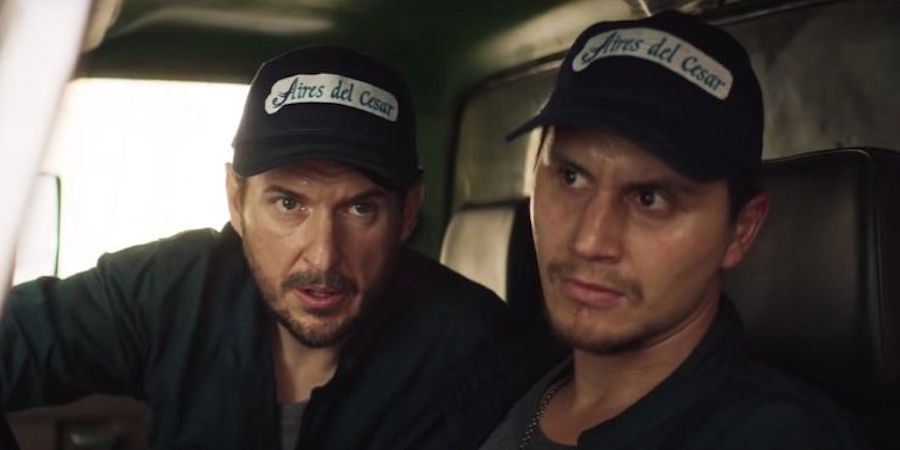 Following the heist, the thieves gathered at a mattress store and packed the money in several boxes, stuffing it into two trucks of beer. The fact that the bank had been looted came to light when the cops found one of the security guards bound inside. With around twenty-four billion pesos stolen from the bank, most of them being non-issued bills, the bank and the cops collectively decided to render them useless. However, it turned out that the robbers had already thrown enough money into the market and taking it out of circulation all at once would have crippled the economic structure of the country. The bank was forced to take back its restrictions on the stolen bills (an act that saved Chayo’s life in the show). As a result of the chaos created by the heist, the bank had to change the design of the banknotes!

With the pressure mounting on the cops to arrest someone, they zeroed in on the bank manager, Marco Emilio Zabala, the only character in the show whose name has not been changed. It was he who had signed the order for the AC repairs which made him an easy suspect for the cops. He repeatedly told them that he had nothing to do with the heist, but still, he had to spend undue time in prison with other restrictions placed on his life, not to forget the sheer infamy that his family had to suffer through. Eventually, the real robbers were caught and Zabala was released. He sued the State for the injustice he had been put through. He won the case but was never compensated for his troubles.

When the identity of the robbers was uncovered, it turned out that apart from the professional thieves and four police officers, three people inside the bank were also involved in the heist, which explains how the robbers came to know about all the money and the details about the bank in the first place. The robbers started to fall when some of them made some irresponsible decisions with the money and the others caved under the pressure of surrendering to the cops.

Rincón, the mastermind, was arrested in 1996, around three years after the heist. He was sentenced to 17 years and 10 months in prison. The cops involved with the heist were sentenced to ten years in prison. The others met a similar fate, with some serving time in prison and others dying under suspicious circumstances (a fact that the show incorporates through the presence of The People). In the show, The Dragon surrenders to the cops after he is threatened by some cops. His real-life equivalent, Bonilla Esquivel, had also surrendered to the cops for similar reasons. However, he didn’t live long enough after the arrest.