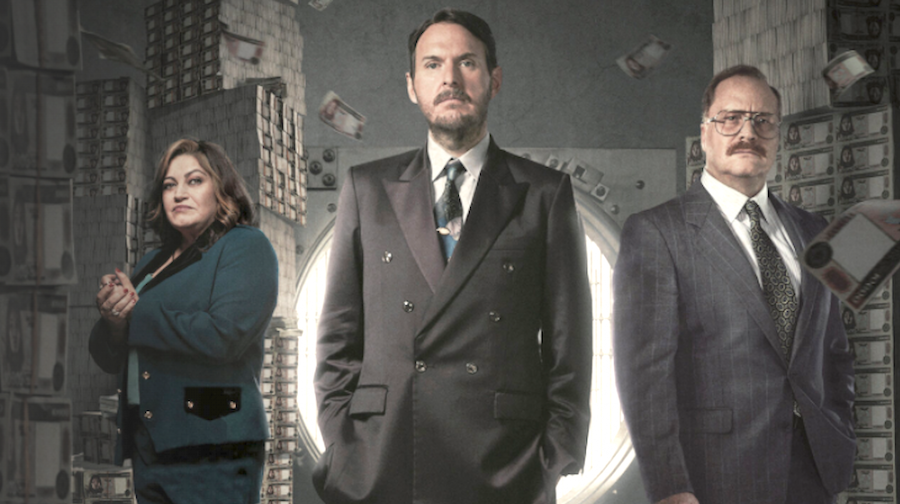 If you love heist movies, then Netflix has a great collection of films and TV shows that can quench your thirst for such stories. The diversity of the content keeps it interesting and shows you how different or similar things can be in every corner of the world. After serving the hit heist drama in the form of the Spanish series, ‘Money Heist’, Netflix has brought another exciting thriller in the form of Colombian Drama, ‘The Great Heist’. The difference is that the latter is inspired by real events, and manages to be just as exciting.

The series also delves into a different setting, bringing us new characters to love or hate, leaving us on the edge of our seats for the entirety of the season. It focuses on the heist, its planning, and how it ends for the people involved in it, while also showing us how a crime of such a huge scale can impact a city or a country. Because the setting plays such an important role in the story, it was important to get the location right. If you want to know where ‘The Great Heist’ has been filmed, here’s the answer.

Where is The Great Heist Filmed?

To plan for any heist, one needs to know every detail of the place. If you have seen ‘Money Heist’, then you already know how much research goes into knowing your surroundings and using them to your advantage. Similar research and planning are needed for filming a movie as well, where every location is chosen carefully so that it serves the purpose of the story well. For ‘The Great Heist’, the production found its perfect location in the capital city of Colombia. Bogota serves as the primary filming location for the Netflix series.

Inspired by the most ingenious heist in the history of Colombia, the story of ‘The Great Heist’ is set in Bogota, where we see the thieves meticulously plan their way in and out of the Bank of Colombia. Because a good part of the story takes place inside the bank, the production used custom sets to film those scenes. From the interiors of the bank to the safe that the thieves dig their way into, all of this action was shot inside the sets.

Apart from the heist itself, we also see the thieves in their personal lives. Before they break into the bank, we get to know who they are, where they come from, and how they contribute to the team. For this purpose, the crew used several outdoor locations in the city of Bogota to give us a backstory of the people that we are supposed to root for. Bogota, as a filming location, has also been used in other Netflix heist story, ‘Triple Frontier’. It also serves as a primary location for the filming of Colombia-set story of ‘Narcos’.