Is ‘Money Heist’ Based on a True Story? 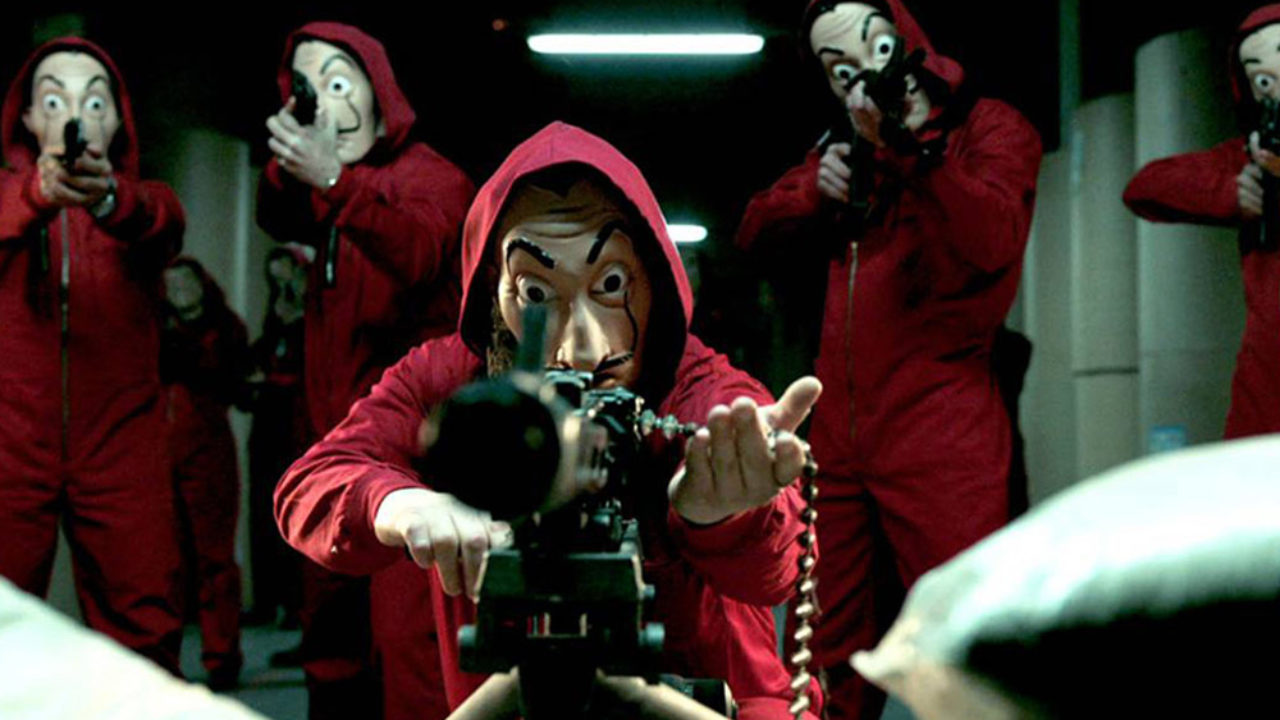 ‘Money Heist’ is one of the most popular drama series on Netflix. The series, despite being non-English, has received love from all over the world. It follows the story of a group of criminals who band together to pull off the biggest heist in history. The series employs a mind-bending plot to keep the audience engaged and employs the techniques that remind one of some of the best heist movies of all time. The characters add further flair to the show and their relatability adds an emotional touch to the story. This is bound to make you wonder, is this a true story? Can such heists actually happen? Let’s find out.

Is Money Heist Based on a true story?

No, ‘Money Heist’ is not based on a true story. It is a fictional drama created by Alex Pina. After wrapping up ‘Locked Up’, he wanted to work on something different. He gravitated towards the idea of comedy or a heist story. The fact that heist stories for television had not been attempted before in Spanish television, Pina found himself more and more involved with the idea. He created it as a limited series, filling it up with action and intrigue at every turn to keep the audience interested. However, with Netflix’s involvement, the scope for the story extended.

Pina wanted the series to be a departure from the conventional heist dramas, as popularised by the movies. He wanted it to be character-driven and remained focused on the character developments and their arcs progressing with the story. Whether or not he was inspired by a real-life incident is not confirmed. However, for making the series more realistic, the team of ‘Money Heist’ did turn towards institutions like the national police, the Spanish Ministry of Interior and the Bank of Spain for advice and permissions.

Despite all the thrill and excitement served by the show, its core theme remains “resistance”. It is about fighting the system, and to make it clearer, there were several symbolic gestures adopted in its make-up, which eventually became its trademark.

Starting with the Dali mask used by the Professor and his band of robbers, the choice for the specific mask was to convey that the message of the robbers is in sync with the anti-capitalist inclinations of the surrealist artist. Similarly, the expressive red of the jumpsuits worn by the robbers is also a reference to ideas like socialism, and more importantly, a mark of rebellion against the system and the injustices that it wreaks on the working class.

The most remarkable of all is the rendition of “Bella Ciao” that features in the series and has become its theme song. It is an Italian partisan song, coming from a folk song dating further back, that was the mark of the resistance against the regime of Mussolini. Its anti-fascist themes have kept it an important tune adopted by people all over the world, protesting against the oppressive regimes. Not just that, the inspiration of the song also lifts up the spirits of people, and people were found resorting to the comfort provided by it in the time when the whole world was in lockdown due to the coronavirus pandemic.

Creator Alex Pina, too, felt strongly about the song and said, “It is a song that has always been part of the soundtrack of my life. A song that reminds me of childhood and that the whole world knows, a hymn of resistance as the same series is, as long as there is resistance there is hope even if they do not have the faintest idea if they manage to get out of there.”

The Influence of Money Heist

‘Money Heist’ might not have been influenced by some real-life heists, but it did inspire others to embark on heists of their own. Its message has resonated all over the world! In Istanbul, five people committed 13 robberies over the course of two months, stealing electronics from various stores. When caught, they claimed that they were inspired by ‘Money Heist’. They picked up on tricks like wearing masks, gloves, changing shoes and using stolen licence plates!

Similarly, in 2018, two thieves who had committed a couple of robberies in France’s Loire Valley Region were caught. They had worn similar masks, as in the series, during the robberies. In 2020, a jewellery store in Trichy, India was robbed. The robbers entered the store through a hole made in the sidewall. They stole $2 million worth of jewellery, weighing about 30 kgs. When arrested it was revealed that the mastermind behind it was inspired by the Professor!

While some people have taken ‘Money Heist’ on its face value, there are others who have adopted its symbols as a part of their protests and revolutions. In the end, it is all about what you choose to take away from the story.