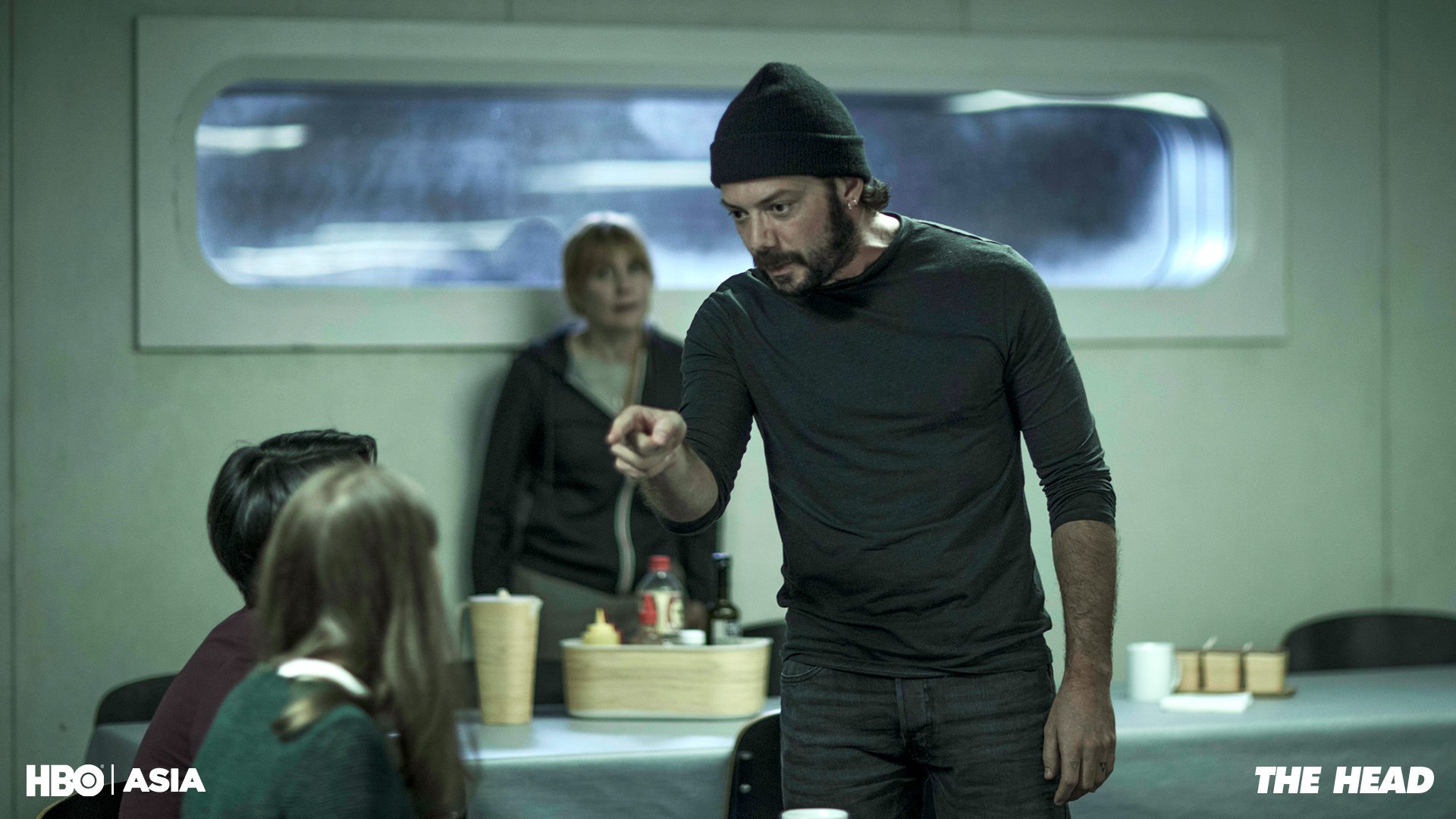 Created by David Pastor, Àlex Pastor, and David Troncoso, ‘The Head’ is a mystery series set in Antarctica’s frozen wasteland. The show revolves around a team of researchers and staff who prepare to spend the six months of winter at the Polaris VI Antarctic Research Station on the South Pole. However, they soon realize that there is a killer amongst them, intent on taking them out one by one. When the summer commander Johan Berg (Alexander Willaume) returns to the base, he discovers the bodies of several winterers and a couple of survivors.

He now must race against time to find out the truth and whereabouts of his missing wife, Annika Lundqvist (Laura Bach), who is one of the winter researchers. ‘The Head’ unfolds like a classic whodunnit that manages to maintain the tension and drama till the very last moments of the final episode, giving us a sensational ending. Here is everything you need to know about it. SPOILERS AHEAD.

The Spanish and Japanese-made, English-language series begins with a party as the winter crew replaces its summer counterpart at Polaris VI. Johan says goodbye to his brilliant and ambitious wife and goes back to Denmark for the winter. Annika will remain in Antarctica to collaborate with renowned biologist Arthur Wilde (John Lynch), whose ground-breaking research on certain bacteria may prove to be a pivotal factor in the fight against climate change.

Everyone except for Aki, Heather, and Maggie is an ice veteran. They were part of the same research 8 years ago at Polaris V until the facility burned down, and one of their colleagues (Sarah Jackson) was killed. Now, after six months, Johan comes back to the base, deeply concerned about his wife and others due to the facility not responding to any communication for three weeks, and he and his crew find the bodies of Aki, Ramón, Nils, Miles, and Heather.

They also discover the charred remains of someone who later turns out to be Ebba. Maggie is found hiding, physically unharmed but seems to be suffering from polar T3 syndrome, which causes, among other things, loss of memory. Using her fragmented memories, Johan tries to piece together what happened. But then, he finds Arthur, who claims Maggie is the murderer. In the finale, Maggie tells Johan that Annika revealed to her that Sarah was killed when Arthur tried to force himself on her. 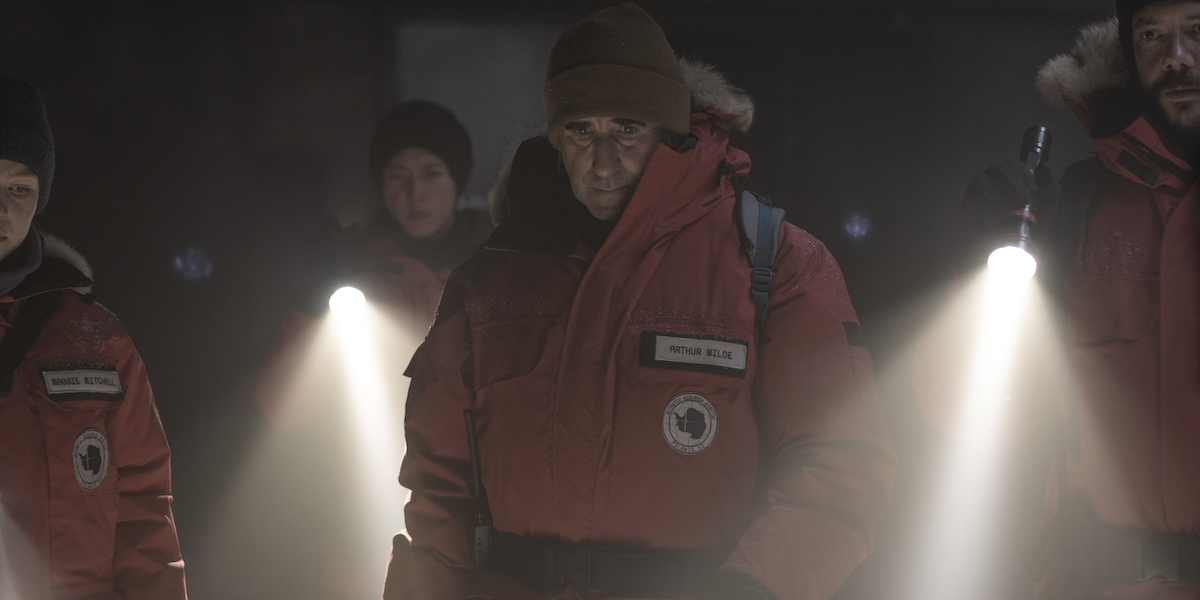 Annika then blackmailed the entire crew, convincing them that hiding the real cause of Sarah’s death was the best step forward. They set fire to the facility, which subsequently went under tons of snow. But due to climate change, the snow had since receded, and the facility had become visible. So, on the pretext of collecting communication devices, Arthur, Annika, and Ramón went back to get the only evidence of the murder, the blood-stained sweater that Arthur was wearing that day.

Maggie tells Johan that she found the sweater in Polaris V and gave it to Annika before the latter left for the Canadian base. When Johan finally finds his wife in a SnoCat (modified Humvee) somewhere between the two facilities, she is long dead due to intense cold. Johan finds the sweater and a photograph of Arthur wearing it in the Humvee and later gives them to the police. Arthur tries to hang himself but is saved at the last moment and handed over to the police.

The Head Ending: Who is the Killer?

The series has two distinctive narratives for most of the episodes. One involves Maggie, and later, Arthur’s account of what transpired during the winter months, and the other follows Johan after he lands in the South Pole. A third narrative is briefly added in the finale when Maggie recalls to Johan her conversation with Annika about Polaris V. It is important to remember that the show establishes both Arthur and Maggie as unreliable narrators quite early after their introductions as survivors.

But as Johan tries to gather information on Maggie’s academic records and seems satisfied with what he finds, the audience is persuaded to follow his lead and focus their suspicion on Arthur, or even Annika, who is still missing. When Annika’s body is found, along with evidence of Arthur’s involvement in Sarah’s death, he becomes the main and only suspect.

In reality, Arthur is pretty much spot on when he accuses Maggie of murdering their colleagues. The series answers most if not all of the questions it previously raised in the very final moments. Maggie’s real name is Olivia; she is one of Sarah’s two daughters. She and her sister Sylvia (Shona McHugh) found out what happened to their mother when Damian (Philippe Jacq), one of the Polaris V crew members, approached them and told them the truth. He committed suicide not long after. 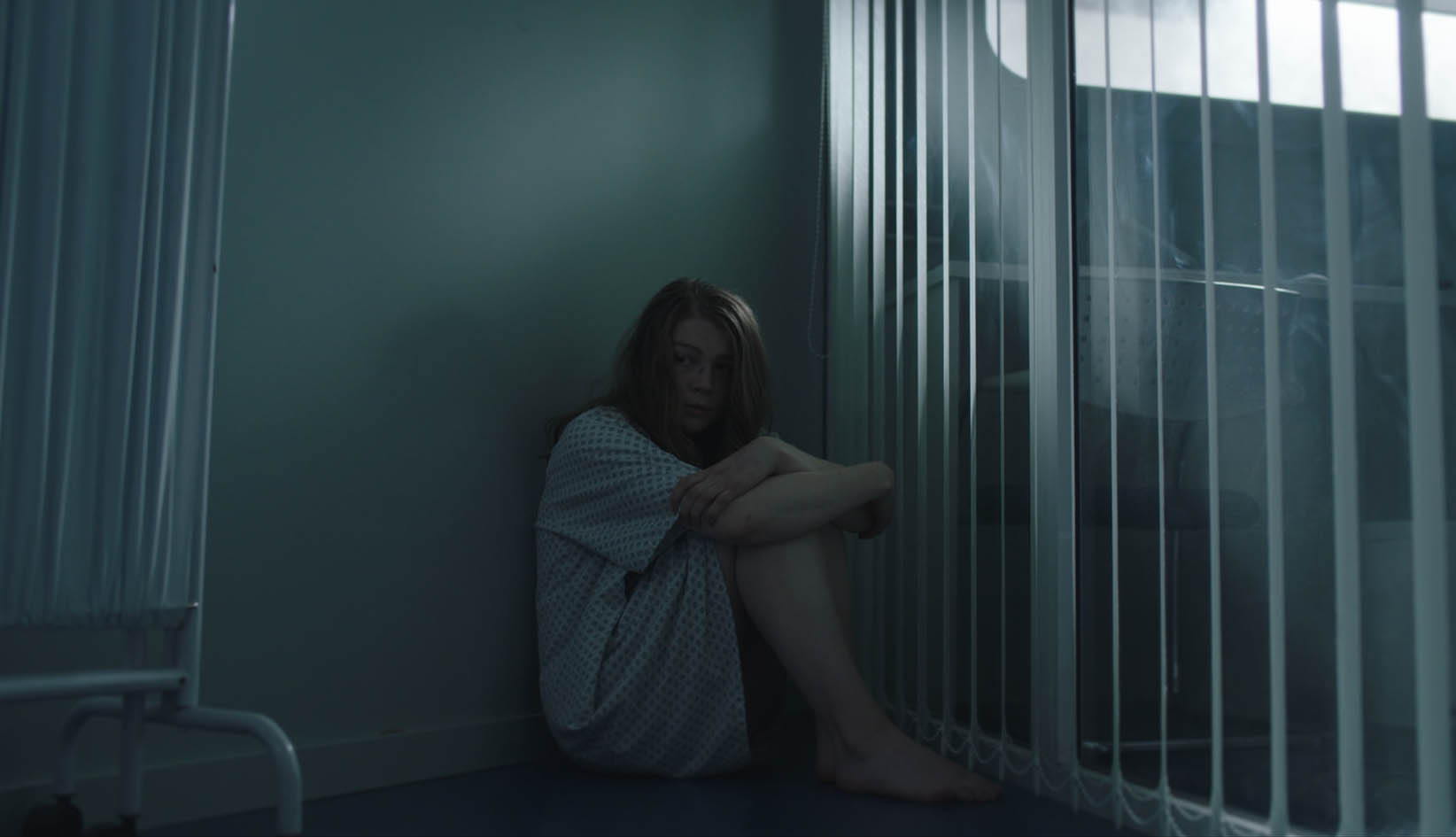 Olivia then embarks on a path of vengeance, first killing Arthur’s first choice as the team physician, Lars Olander (David Luque), and making it look like a drunk driver had run him over. Olivia is subsequently selected as Olander’s replacement. At Polaris VI, Olivia first kills Miles with Nils’ jagged saw so that the latter would be a murder suspect and kept apart, allowing her to kill him as well.

She then floods the engine of one of the SnoCats with gas when it is decided that Ebba would take the Humvee near the Argentine base to ask the crew there for help. When Ebba pressed the ignition key, the engine exploded, instantly killing her. What Olivia hasn’t foreseen is Erik’s unbridled rage or him having a gun. In a tussle between Erik, Aki, and Ramón, the gun goes off, killing Heather and severely wounding Olivia.

She genuinely didn’t want to cause Heather’s death. After helping Aki operate on herself, Olivia loses consciousness. When she wakes up and discovers that Arthur, Annika, and Ramón had gone back to Polaris V, she instantly realizes their real motivations and convinces Aki to take her there. What Arthur and others didn’t know is that Damian had taken the sweater with him when he had left Antarctica and later handed it over to Olivia and Sylvia.

After returning to Polaris VI, she killed Ramón, though she tells Johan that the cook attacked her first. She claims that she and Akki found illegal paraphilic videos and images on Ramón’s phone, and he tried to kill them because of it. She informs Johan that Erik was holding Arthur at gunpoint when the former got distracted, and Arthur stabbed him through the neck. This likely occurred as she says it did, as her killing Erik is not shown at the end of the final episode.

What didn’t occur as she says it did is Aki’s death. She claims that Arthur killed Aki while they were fighting after Annika left for the Canadian base. Olivia is the one who killed Aki after he caught her poking a hole in the remaining SnoCats’ fuel line. This means that she caused Annika’s death as well. Olivia has put the sweater and the photograph in the SnoCat to make it look like Annika died while taking them away from Arthur.

From the moment Johan and his crew find Olivia, she adapts the personality of a traumatized survivor, who is suffering from severe T3, and Johan and the rest fall for it. When Johan calls to check her academic credentials, Sylvia answers it, confirming the lies that her sister has written in her resume. As Olivia leaves the base on a helicopter, her hand stops shaking, indicating that she even has been faking the symptoms of T3.

The only thing she regrets is killing Aki, with whom she developed a real connection. She sees him in a vision as the helicopter takes off. He asks her if she had a second thought. This is the same question that Olivia herself asked Annika. Perhaps this is where the similarity between the two women lies. Both Annika and Olivia are ruthless in pursuing their respective goal, and they let absolutely nothing hinder their advance.

Why Did Annika Come Back to the South Pole?

Annika tells Johan that she has returned to the South Pole to receive the credit for the discovery that she and Arthur made together. However, she really comes back after finding out that Polaris V has resurfaced. Damian called her and told her right before jumping to his death that he had left evidence of their crime at Polaris V. She doesn’t realize that he was talking about Olivia and how he had given the evidence to the young girl. Johan burns the pieces of the confession letter that Annika wrote for him, ensuring that the police won’t have any hard evidence of the fact that she instigated the cover-up of Sarah’s murder.

Will Olivia Ever Be Caught?

This is unlikely to happen. In Johan’s words, Arthur is a “narcissist with God complex.” This is a belief shared by most people who meet the scientist. After it is discovered that he caused Sarah’s death and played an active role in hiding it, connecting this to the deaths at Polaris VI is only natural. It ultimately comes down to the difference between the accounts of him and Olivia. Like Johan, the police, and later, the court will probably believe the girl’s statement over the seemingly deranged scientist’s.

Read More: Where Was The Head Filmed? Is It Based On a True Story?