The House: Then Lost is Truth that Can’t be Won Ending, Explained 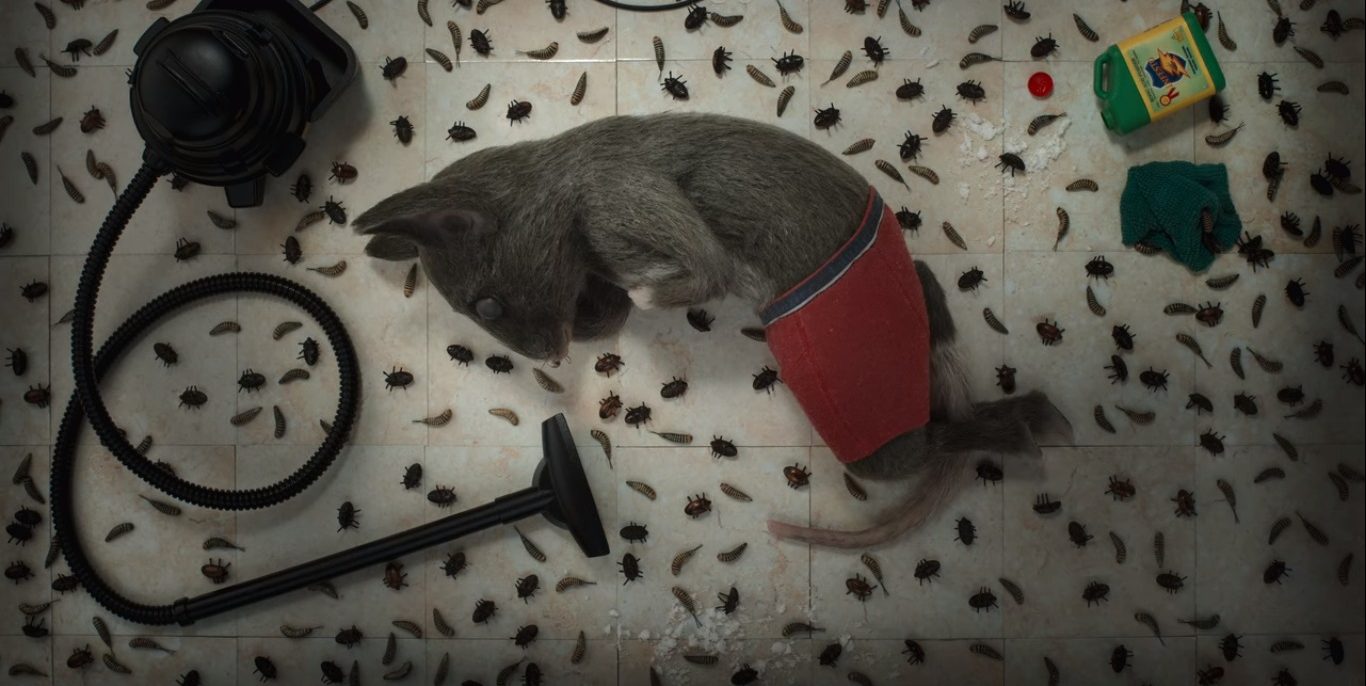 ‘Then Lost is Truth that Can’t be Won’ is the second chapter in Netflix’s surreal stop motion animation anthology series ‘The House.’ Set in a world where all the characters are mice, the story centers around a lonely handyman attempting to refurbish the titular house. Having sunk his life savings into the project, the Developer (voiced by Jarvis Cocker) looks forward to snaring a wealthy buyer in the upcoming open day for the house.

Of course, problems arise — this time in the form of a persistent infestation that continues to grow. This chapter shows us just how far an infestation can spread in a darkly twisted, comical way. Once again, the tale closes on an ominous note that leaves the protagonist’s fate in limbo. Let’s burrow into ‘The House’ chapter 2 and see what we find. SPOILERS AHEAD.

The story opens with the Developer talking to his colleague, discussing budgetary constraints that have forced him to finish refurbishing an expensive house by himself. Left alone at the property, the Developer begins putting finishing touches on what appears to have been a lengthy and costly renovation. Through various phone calls, it is revealed that the protagonist is desperately lonely and has sunk his life savings into the house, hoping to sell it at a considerable profit.

Having finally completed the house, the Developer admires his swanky handiwork and makes plans for his expected windfall. The day before the open house, however, he notices an infestation of fur beetles in one of the kitchen cabinets. Panicking, he sets about using every conceivable antidote to get rid of the bugs, but they continue to spread. Finally, the day of the open house arrives, but potential buyers remain unimpressed and eventually leave without showing much interest.

The Developer is then approached by a strange couple, who look decidedly different from the rest of the visitors. They gurgle excitedly about how cozy the house looks and enquire about the kind of insulation used in the walls. The Developer allows them to tour the house but is then taken aback when the couple begins turning in for the night in the show bedroom. Desperate for the sale, the protagonist allows them to stay and even looks the other way when the Odd Couple starts bathing in the house, their frequent refrain being: “We’re very interested in the house.”

The House Chapter 2 Ending: What Happens to the Developer? Does He Sell the House?

With overdue bills piling up and repeated calls from the bank going unanswered, the Developer finally confronts the Odd Couple. He gets briefly distracted and is then shocked to find a large group of similarly misshapen individuals at the doorstep who claim to be the Odd Couple’s family. Enraged, the Developer attempts to poison them but ends up breathing in the toxic fumes himself.

Returning from the hospital, the Developer finds the house full of the Odd Couple’s equally odd family. With an air of resignation, he walks into the house. This is followed by a montage in which the unwelcome guests are seen chewing through all the furniture and fixtures of the house, laying waste to all the work put into the property. As the chapter closes, we see the Developer, having reverted to his natural state as a mouse, burrowing into the wall behind what was the kitchen’s pièce de résistance — a top-of-the-line rotisserie oven.

And so, the protagonist faces a dark fate in which he seems to have given up not just on all his plans and ambitions but his entire way of life. Much like the Odd Couple and their “family,” who appear civilized at first before reverting to their animalistic scavenging ways, the Developer also abandons all pretenses of being civilized and essentially turns into a mouse.

Having sunk all his money into the house, our protagonist is left broke and with no one to talk to since what appears to be his romantic partner turns out to be a dentist who doesn’t appreciate the Developer’s over-familiarity. The sheer hopelessness of the situation seems to have crushed him, and with nothing else to do, the professional contractor is reduced to a scavenging animal.

Of course, with the state that the house is now in, utterly destroyed by the “infestation,” it is unlikely that the Developer will ever sell (or even leave) it. A nice bit of irony here is that at least he solves the problem of his loneliness and now lives with dozens of the Odd Couple’s family members. Of course, his solitude now seems to be the last of our hero’s worries.

Who is the Odd Couple? Are They Mice or Fur Beetles?

The Odd Couple initially appears to be a pair of strangely disproportionate mice. However, there is something noticeably different in their voices and demeanor, which becomes increasingly pronounced. At first, the Odd Couple maintains some semblance of civility and remains clothed and eats regular food (which they force the Developer to get). However, by the end of the story, they are sans clothing and gnawing on various surfaces of the house, much like the insects.

Another way of looking at the chapter 2 ending could be that the Developer, overcome by the fur beetle infestation and his own dire financial state, hallucinates the Odd Couple. Thus, the strange pair and their subsequent takeover of the house signifies what the fur beetles actually do to the property, and the protagonist, after a traumatic few days alone in the house, essentially loses his mind and begins seeing the fur beetles as “civilized” mice.

Read More: The House: And Heard Within, A Lie is Spun Ending, Explained