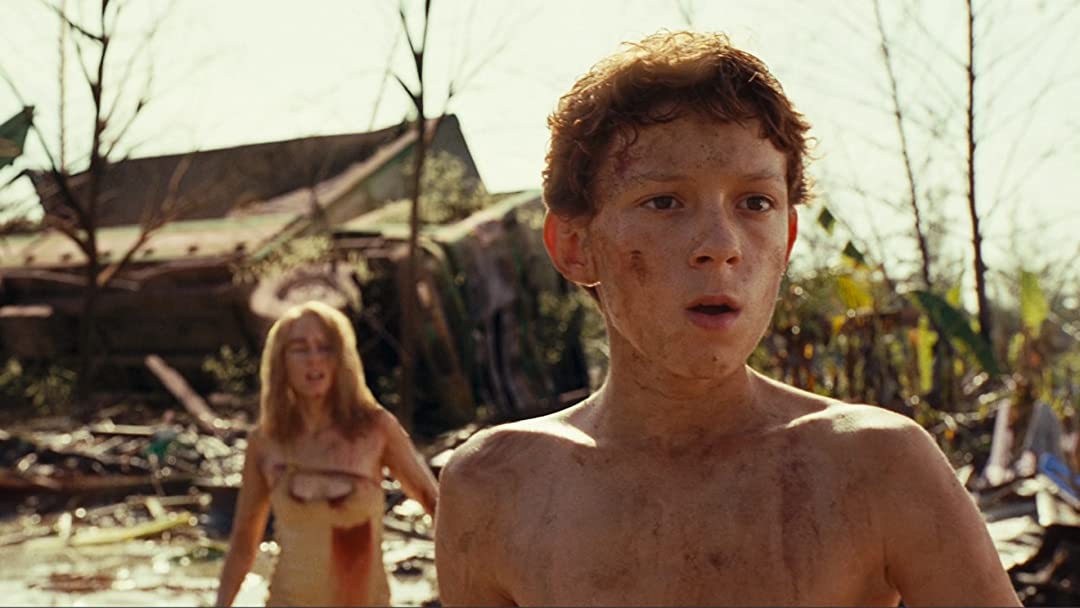 ‘The Impossible,’ also known as ‘Lo imposible’ (Spanish), is a drama film that recounts the fortuitous story of how a family beats the odds to reunite post the tsunami that devastated countries around the Indian Ocean in 2004. This honest and moving picturization features a stellar cast, including Naomi Watts, Ewan McGregor, and Tom Holland. If you’ve seen the movie and are now curious about the ending, then this article is for you.

The Bennetts travel to Khao Lak, Thailand, for their Christmas vacation, and stay at the beautiful Orchid Beach Resort, which has all the amenities. It seems as though it is just another day in paradise as Maria is reading a book next to the pool where her husband, Henry, is playing with their three sons – Lucas, Thomas, and Simon.

But then, a destructive tsunami washes over the place, separating the family members from each other. Maria is able to find Lucas, whereas Henry locates the other two sons. The film then explores how the family, surrounded by death and destruction, is luckily able to find their way back to each other.

The three brothers find each other outside the hospital, where Maria is undergoing treatment for her extensive injuries. Fortunately, Henry sees his sons together in the nick of time. This family reunion makes for a very touching sight with happy tears all around. Lucas takes everyone back to Maria, who cannot believe that her family has survived the ordeal. She tells Henry, “You’re back, I can rest now.” But the husband isn’t about to let his wife give up just yet. He reassures her that she will recover and reminds her of how much he loves her before she is taken into surgery. 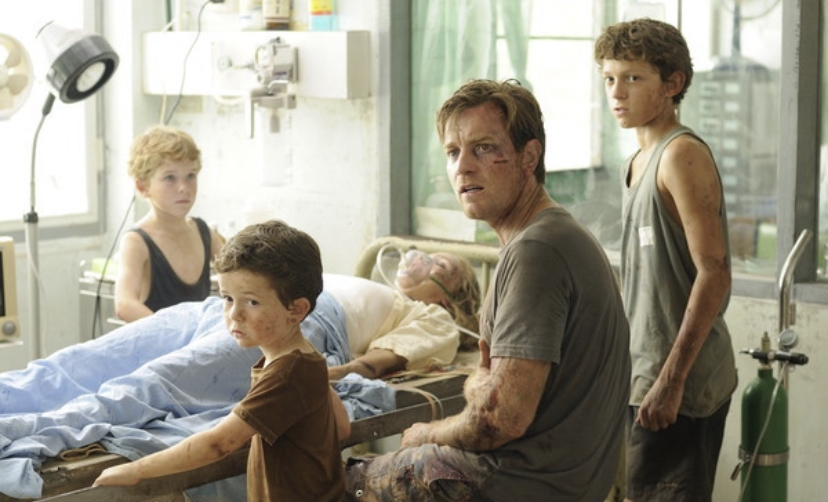 The boys are waiting outside, and Lucas tells Henry that he has something important to tell his mother; she really needs to know this. Inside the operation theatre, Maria gets flashbacks of the tsunami as she is given anesthesia. Luckily, the surgery is a success, and Henry tells Lucas that they’re all going home. Oliver Tadpole (from Zurich Insurance) meets the family outside and tells them that they will be flying out to Singapore General Hospital, where Maria will continue to receive medical care.

Just before the plane takes off, Lucas tells Maria that Daniel is, indeed, alive and happy. He saw the boy in the arms of a loved one, who seemed like the father. On the other hand, Henry tears up on finding the piece of paper on which Karl’s wife had written that they were going to the beach. As the plane heads towards its destination, Maria is seen weeping at the mass destruction they leave behind.

An Unusual Take on The Survival Instinct

The instinct that humans have, as a species, to strive against all odds and reign supreme is a motif that has been used in a multitude of films in this genre. ‘The Impossible,’ being a story of survival, is no different in this respect. After all, there are a few people who, over the course of the film, don’t really want to help the family as they have their own predilections that take priority.

Nonetheless, what the film does so well is that it presents somber and paradoxical notions of the value of life, especially in the wake of a disaster that has killed so many. What exactly does this imply? Well, we know that the movie is about surviving a natural disaster. We go into it with the expectation that things will be bleak, to say the least. Friendship and collaboration, while essential, are not what disaster movies generally focus on.

Usually, such productions show how each character is willing to go to extraordinary lengths just to ensure their own survival. But somehow, ‘The Impossible’ is still able to catch us off guard, especially in moments where people ensure the survival of others. Even though Maria is fighting for her own life, she is adamant about Lucas helping as many people as he can. At the hospital, he even successfully reunites a father with his son. Another example is the camaraderie between Karl and Henry.

When they first meet, Karl helps out the father by giving him his phone, twice, to call back home to England. This holds significance because firstly, there’s still a ton of people who are missing, and resources are also lacking. Secondly, Karl himself is looking for his wife and child. So, he is trying to keep his phone as juiced up as possible in case there’s any news about them. But Karl senses Henry’s pain and offers a helping hand. This is an incredibly moving scene.

Furthermore, at the end, when the father is finally reunited with his children at the hospital, Karl is happy for his friend, even though he doesn’t get to share the same moment with his family. But it is this very combination of solidarity and anguish in the time of calamity that extends the emotional range of the film. In fact, it really drives home the point that yes, while people will always strive to survive, it is human altruism that really makes a difference.

When the tsunami first hits and the Bennetts are displaced from each other, it is obviously a harrowing reality for each family member. Then, when Lucas is reunited with his mother, he obviously feels relief and comfort. But she is severely injured, and he just wants to get her to safety. When they hear a young child (Daniel) shout for help, Lucas just wants to ignore it, as his mother’s health is a priority for him. 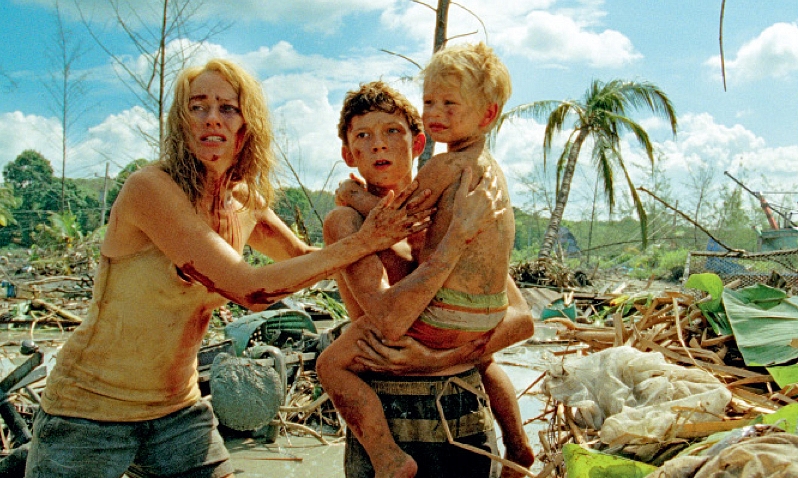 Clearly, Daniel brings Lucas’ survival instincts to the forefront. The son only wants to protect his mother and himself, and he doesn’t want to reach out to Daniel as this will hinder Lucas in his mission. In fact, the protagonist makes this decision very quickly while showing no signs of uneasiness. But Maria, maybe because she is a doctor, or perhaps because she’s a mother, can’t just ignore the child’s cries.

Even when Lucas gets annoyed and tells her that they are just a hop and a skip away from safety, she tells him that they need to save Daniel. This scene ties into the previous discussion about compassion overtaking the survival instinct during an atrocity. What Maria essentially does at this moment is that she teaches her son about the importance of helping another person, even if one has to go out of their way to do so.

Following this, the three wait atop a tree until a few locals are able to help them reach a hospital. The thing is, it initially seems as though Daniel is just there to make us understand the gravity of the situation. After all, this is a young child in peril, without any adult supervision. He has no clue as to what is going on. He probably doesn’t even know what a tsunami is. But this one gesture from Maria and Lucas eventually reunites him with a loved one (who is presumably his father). As a rhetorical device, Daniel definitely adds to the tone of the movie.

However, this one encounter with Daniel is enough to spin the wheels of change in Lucas, albeit indirectly. You see, when we first meet the teenager, he is annoyed at his younger brother for simply being scared on a flight. But as Lucas sees the destruction and devastation surrounding him, he understands that this feeling is only natural and that one must push through it. He helps his mother in rescuing the wee Daniel, following which, he is seen trying to help many others in the hospital reunite with their loved ones.

With only sadness looming on the foreseeable horizon, the touching moment where Lucas sees Daniel with a loved one brings him joy. Secondly, he feels this imminent need to tell Maria about the boy they saved together, meaning that this interaction held more significance for Lucas than he realized previously. So yes, while Daniel may not have occupied Lucas’ every thought, he was instrumental in lighting the fires of compassion and empathy within the protagonist.