The Inspiring Story Behind Seabiscuit, Explained 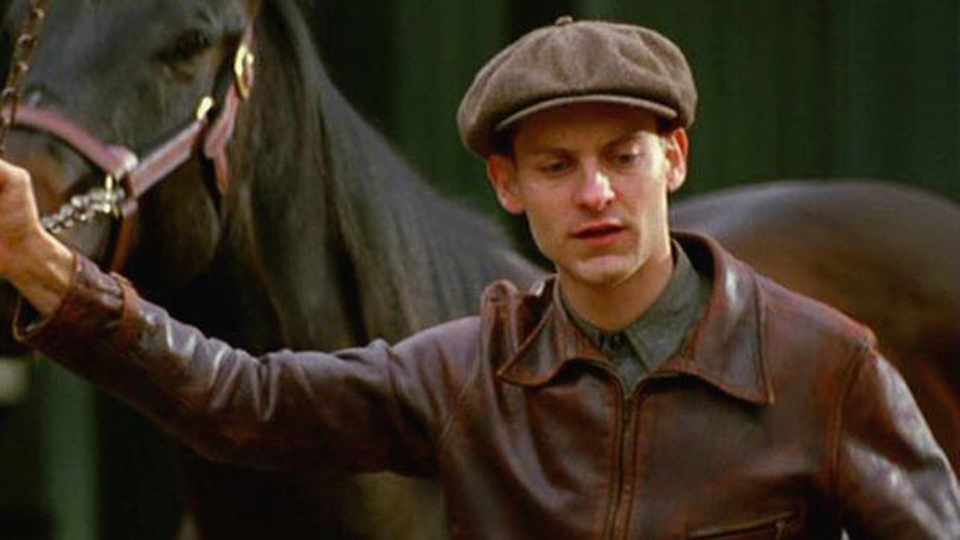 As shown in the film, Seabiscuit was not an ideal racehorse. After dropping his first 17 starts, he was considered lazy and dismissed as a disgrace to the racing industry. But Tom Smith, a horse trainer, saw something in his eyes. He looked beyond his lazy demeanor and staggered stroll—he sensed greatness in him. Later, Smith’s discovery, Jockey Red Pollard’s hard work, and Entrepreneur Charles S. Howard’s support made Seabiscuit one of the most iconic thoroughbred champions of all time.

During the dark times of the Great Depression, the horse uplifted the spirits of many with his undying will to win. Gary Ross’ movie adaptation of the event does something similar by recalling the legacy of the horse. If you’ve watched the film and you’re looking for a detailed account of the real legend of Seabiscuit, here’s everything you need to know.

The True Story Behind Seabiscuit, Explained

Knobby-kneed and relatively small in stature, Seabiscuit did not look the part of a racehorse. At the beginning of his career, he raced 35 times as a 2-year-old and produced five wins with seven second-place finishes. Following this, he only won four of his 12 starts despite being under one of the most acclaimed trainers of that time, James “Sunny Jim” Fitzsimmons. These continuous failures made him unworthy of racing again, but car salesman Charles Howard still purchased him for $8,000. Howard then entrusted the racehorse to Tom Smith, a trainer known for his unorthodox training methods.

Smith instantly knew that there was something extraordinary about the horse; he knew that Seabiscuit was way more than his petite demeanor. With the help of a new rider Red Pollard, the trainer brought out the best in him and made him win several accolades. Starting by winning the Detroit Governor’s Handicap, Seabiscuit went on to add other titles under his belt, including the Scarsdale Handicap at the old Empire City Racetrack in Yonkers, Bay Bridge Handicap, and even the World’s Fair Handicap. However, his journey towards becoming the most beloved thoroughbred was not linear.

In early 1937, in the Santa Anita Handicap, Seabiscuit came second because Pollard was blind in one eye and did not see his competitor coming. Although this was something Pollard had secretly kept to himself, Howard still rested his faith in him. And this eventually paid off well when Seabiscuit won 11 of his 15 starts. Unfortunately, yet again, he missed the Horse of the Year title by a nose to War Admiral, a Triple Crown winner. As a result, because of their soaring popularity, the ultimate race between War Admiral and Seabiscuit was not a matter of how and why, but when and where.

Dubbed as the “Match of the Century,” the legendary race garnered the attention of 40,000 fans at Baltimore’s Pimlico Race Course along with millions of others who followed the competition through their radio sets. At this point, Pollard had injured himself, and his replacement was George Woolf. After being secretly trained to start strong—a feat he had never achieved before—Seabiscuit delivered an unforgettable show for all followers and dominated the race by four lengths. In 1938, “The Biscuit” finally acquired his rightful “Horse of Year Title” and eventually made a whopping career earning of $437,730. After retiring, he entertained his fans at the Ridgewood Ranch in California and died from a probable heart attack on May 17, 1947; leaving behind an unforgettable legacy.

Although the film’s account of the events is very close to reality, its director, Gary Ross, did take some factual liberties. In the film, Pollard hurt his leg a few days before the race against War Admiral. However, in real life, Pollard’s injury happened months before the race. Moreover, in the movie, Pollard recovers just before the Santa Anita Handicap, but in reality, it took him three races to thoroughly prepare himself for the final race. Even the movie’s depiction of the Santa Anita Handicap is far from the real events.

In the film, Pollard meets George Woolf at the stands of the race, and Woolf claims that he will not win the race. Following this, when the race begins, the two, acquiring last places in the race, share a brief warm moment, and then Seabiscuit zooms towards the finish line. As many would have guessed, the ending of the film takes several liberties just to add more heft to its overall melodrama. However, one can’t complain about this intentional inaccuracy as it does make its conclusion a lot more poignant and inspiring.