Created by Tom Bidwell for Netflix, ‘The Irregulars’ is an atmospheric supernatural drama loosely based on Arthur Conan Doyle’s classic detective series. The story revolves around a group of misfits who help Watson and Holmes in investigating crimes caused by supernatural forces. The quirky spinoff of the Sherlock Holmes franchise incorporates demonic super villains, an opium-addicted Sherlock, and a group of smart teenagers who embark on engrossing journeys to the netherworld.

In the second episode of ‘The Irregulars,’ the pack unravels yet another inexplicable crime involving stolen teeth, which puts the Duke’s life under threat. If the ending of the episode has left you wanting to connect the dots in your brain, we are here to untangle the storyline for you. So, let’s get right into it, shall we? SPOILERS AHEAD.

The episode begins with an army veteran returning home. One of his son’s teeth has fallen out, and the son is super excited about it. He tells his son to hide the tooth under the pillow and that the fabled “Tooth Fairy” will take the tooth in exchange for some money. The naïve son is too eager to believe in it, but later at night, we hear a woman wailing. As the son mumbles in his sleep, his pillow becomes blood-stained, and all of his teeth are missing.

This incident provides the setting for the episode’s journey. After the first episode’s traumatic turn of events, Beatrice has steered clear of Watson and his business accomplice. But now, the audience sees a desperate Bea trying to steal a piece of jewelry and ending up in the police station. Watson comes to the rescue, albeit in exchange for a favor. In a series of incidents in the city, children’s teeth are being stolen by an ungodly entity.

The gang is endowed with the responsibility of investigating the horrendous crimes, and they try to pursue leads. Leo joins the group in the pursuit but gets cold treatment from Bea. As they scatter around to interview families of the victims, Billy and Leo pursue Carla Machin at the Hippodrome, while Jessica follows a child who looks like the army veteran’s son. The child leads her to an abandoned dental clinic, and she finds a woman burying something in the ground. The woman invites Jess to her home, and while Jess follows, we see the woman turning into an otherworldly figure.

As she emits a green toxin from her mouth, Jess moves to unconsciousness. As she regains consciousness, she finds out that she is tied to a chair. In a separate event, Spike breaks into 221B Baker Street and procures a letter. Sherlock comes back, and Spike has to hide under the bed. Sherlock failingly tries to play the violin, vomits on the floor, and supposedly falls asleep. Spike escapes to explore further and comes across a hidden room full of occult objects and mysterious artifacts, which he thinks is a “sex dungeon.”

Billy and Leo are met with hostility from the army veteran John Cooper, and they end up in a brawl guided by Billy’s class consciousness. The woman is about to extract Jessica’s teeth, but Bea arrives in time, and they manage to tie up the demonic woman. Jessica and Bea come across an occult board used to summon supernatural powers, and they get an idea of what they are dealing with. The team comes to know that the woman is plotting against the Duke of Winchester, and in the final moments, Bea’s morality takes a jolt as she has to make a crucial decision.

The Irregulars Episode 2 Ending: What is the Rip?

Towards the end of the episode, the fatherly apparition tells Jessica about the opening of the barrier between worlds. Supposedly, there is a barrier between the mortal world and the spirited world. The barrier is crossed only when one dies or takes birth. However, the apparition discloses to Jessica that someone has ripped open the portal, causing unearthly spirits to roam across the worlds seamlessly. As more of these creatures descend to this world, the Rip will widen until eventually, the worlds are merged.

While the Rip provides immense power to its user, it brings out the darker side of humans. The fatherly apparition draws a butterfly on Jessica’s wrist, which would save her from evil spirits. Previously, Watson had hinted about sinister incidents taking place in the city – incidents that are beyond human comprehension. It is suggested that Watson and his partner know about the Rip and also about Jessica’s superpowers, which they intend to use against villainous demonic forces.

When Spike breaks into Sherlock’s residence at 221B Baker Street, he finds a room full of suspicious statues, weird objects, and a spirit board. Upon further inspection, he finds a map of London with markings on it. Jessica is sure that the Rip is in London, and these marks could be the possible locations where the portal has been opened. From the letter that Spike has stolen, they manage to get a clue – “The Golden Dawn.” The next episodes will hopefully shed more light on this.

Why Does the Demon Plot Against the Duke?

The woman confesses to Jessica and Beatrice that she is going to take revenge for her father’s death by assailing the Duke of Winchester. The woman has stolen the sets of teeth to make clones of people, whom she intends to deploy in the operation. As children would not raise much suspicion, they are perfect pawns who can get past the guards. Cooper and Machin are the two pawns in her game, and while the clone of little Cooper tries to engage the guards (one of whom is his father), the devilish woman channelizes her energy in Carla Machin to slay the Duke. 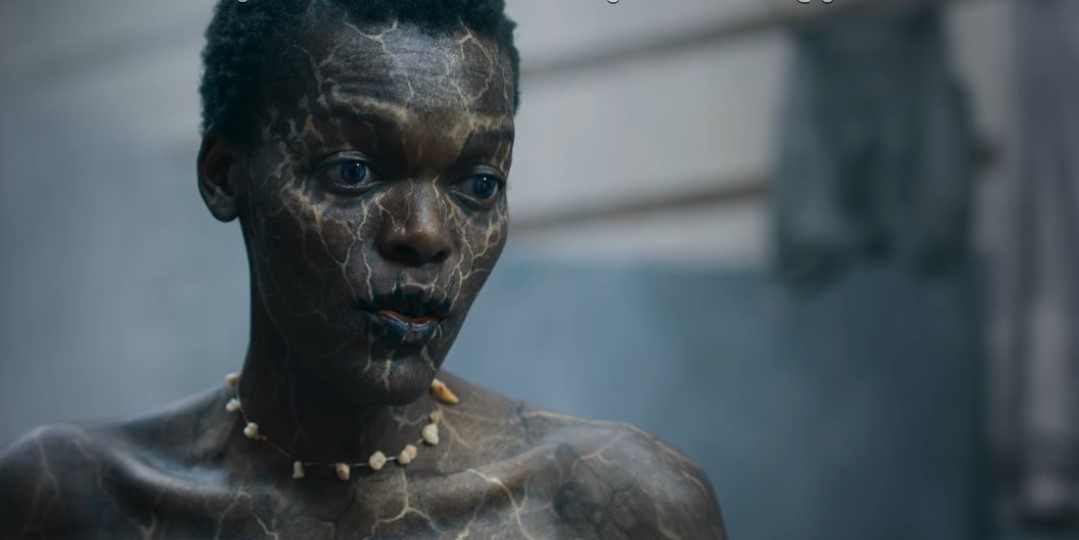 We also come to know that the Duke had raised the rent on his land ten years before the incident. This aggressive taxation policy had forced many to abject poverty, and many of the commoners failed to pay the rent, including one David Gates, a practicing dentist in suburban London. While David could not bear the burden of the rent and chose the path of suicide, his daughter summoned the spirits to help her take revenge for her father’s death. In a climactic moment, we see the possessed clone of the Duke’s wife trying to kill the Duke and Billy, and just when Billy is about to die, Beatrice manages to overcome her doubt and kill the demonic woman, after which the clones become lifeless.