Where to Stream The Karate Kid? 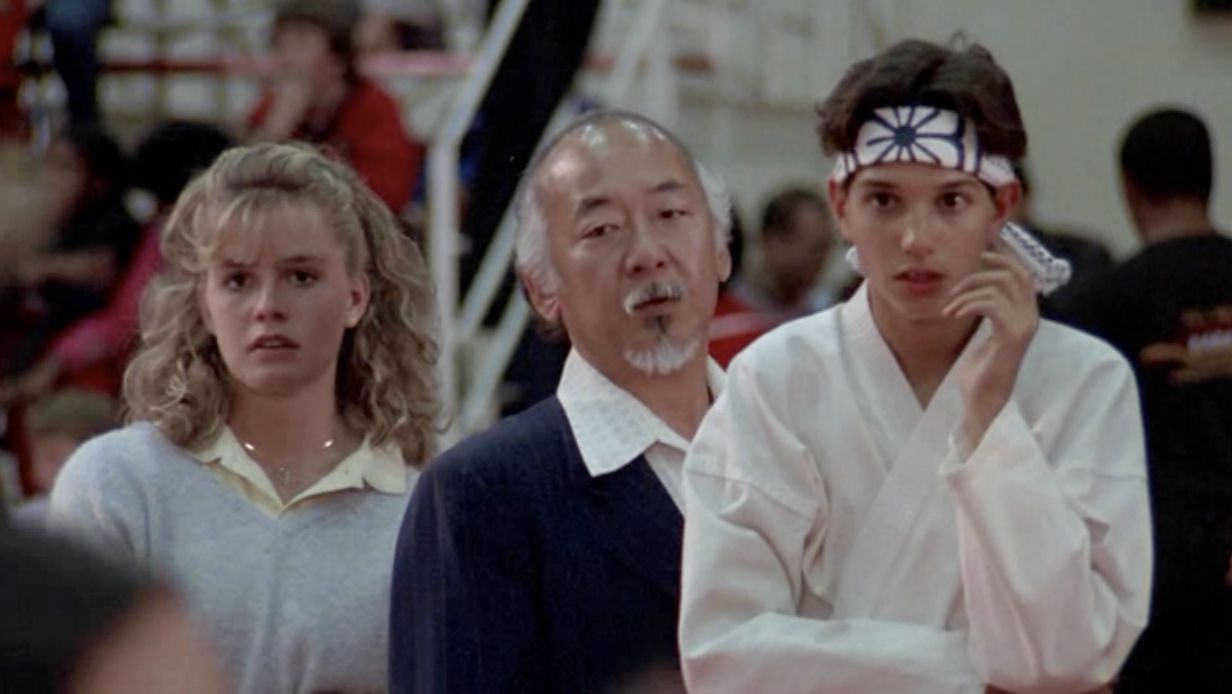 The 1984 martial arts drama tells the story of how an elder and wiser mentor teaches karate to a teenager. Although the initial objective is to stop his bullying, the process helps the young boy learn more about life and himself. ‘The Karate Kid‘ is a classic movie that has kickstarted a franchise. It enjoys a stellar fan following and iterates an archetypal tale where the underdog beats all odds to snag victory – in the process, gaining the respect of his enemies. Curious to know where to stream ‘The Karate Kid’? We have got you covered, but first, let us tell you a little more about the story.

What is The Karate Kid About?

When Daniel moves to Los Angeles with his mother, his life’s about to change forever. A girl he meets at school has an imposing ex-boyfriend who’s trained at the Cobra Kai dojo. Johnny, the ex, keeps harassing Daniel. When the latter stands up for himself, the situation turns deadly. Luckily, Mr. Miyagi, Daniel’s apartment’s handyman, shows up and saves the boy. He takes Daniel under his wing and wants to train him at martial arts. When peace talks fail, Daniel enlists in the same competition as Johnny. Despite suffering injuries, he manages to win – not just the tournament, but Johnny’s respect as well.

Is The Karate Kid on Netflix?

Netflix remains a preferred streaming platform among many, due to its broad roster of content. Audiences love the diverse films and shows. The platform’s come through once again, since ‘The Karate Kid’ is on Netflix. Check it out here.

Is The Karate Kid on Hulu?

Hulu stays ahead of the curve by making smart additions to the platform. ‘The Karate Kid’ is not one of them, but you should watch ‘Warrior.’ The interpersonal relations are once again highlighted in this fighting film – except here, the rivalry is between two estranged brothers. The story starts when the youngest son of an alcoholic ex-boxer returns, only to be trained by his father for a mixed martial arts tournament.

Is The Karate Kid on Amazon Prime?

Amazon Prime sources content from all around the world, so subscribers never lack anything. ‘The Karate Kid’ cannot be watched as is, but if you add the Showtime pack to your existing subscription, then you can easily catch the movie. Check it out here.

Where to Watch The Karate Kid Online?

If you don’t have Netflix or Amazon Prime accounts, there’s no reason to worry. You can head to DirecTV, Sling, or Showtime to watch the movie. Some of these platforms might require you to buy or rent the film before you can watch it.

Where to Stream The Karate Kid For Free?

Those who want to watch ‘The Karate Kid’ online, for free, can use several options. The easiest is to use Netflix’s trial period to watch the film. In case you’ve used it up already, head to Showtime and use their trial time. If you’re out of options, but happen to have an Amazon Prime subscription, you can add Showtime to it – initially for free – during which period you might stream the movie.

Read More: Will There Be a Sequel to The Karate Kid?