The King’s Man Review: Irreverent Comedy Takes a Back Seat in an Unexpectedly Dark Prequel 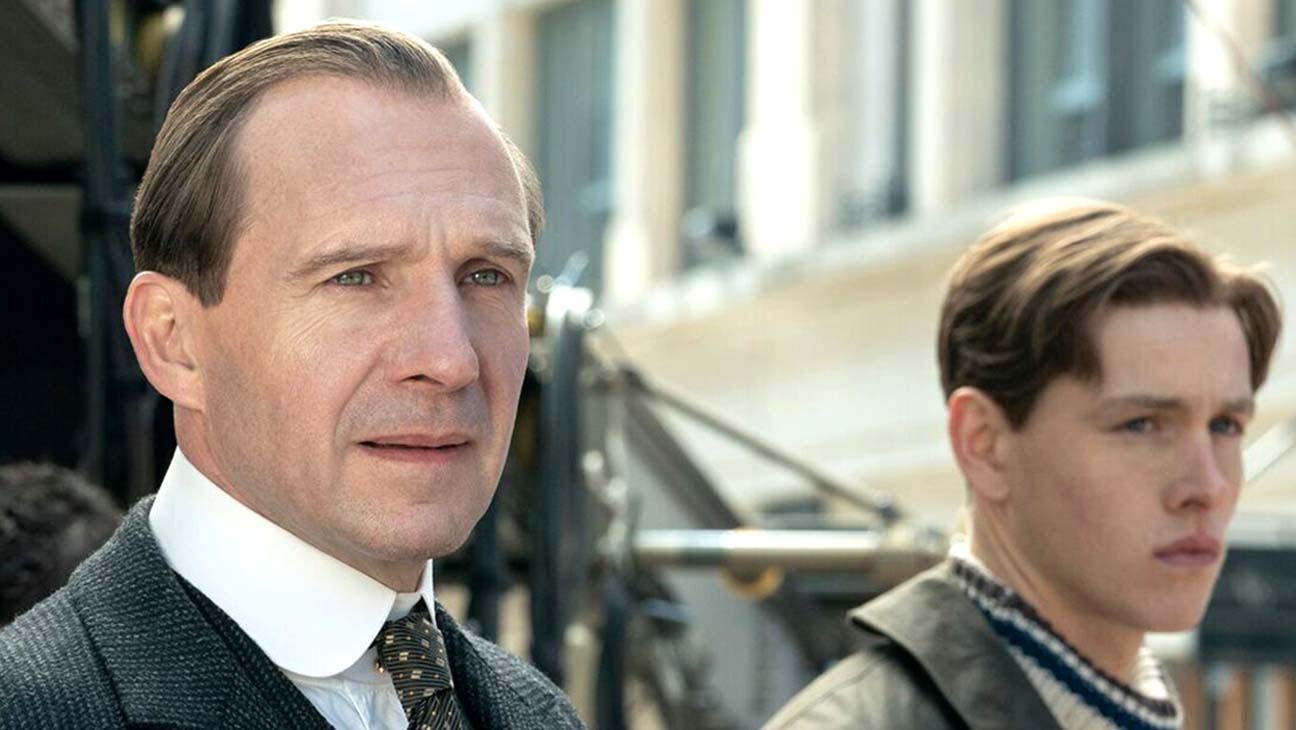 It seems like an eternity waiting for the theatrical arrival of ‘The King’s Man’ — previously known under the working title of ‘Kingsman: The Great Game’ — after I kept seeing the trailer over and over again each time I went for a Disney/Fox screening. But it’s finally here anyway, and it is not what I expected.

Sure, the irreverent action-comedy that fans and audiences alike have grown accustomed to the ‘Kingsman’ franchise remains intact. But it’s rather secondary this time around since co-writer and director Matthew Vaughn from the first two films is more interested in changing unexpectedly new direction, opting for a serious and darker tone in the mold of a World War I historical epic.

In this ‘Kingsman’ prequel, the film takes place in the early 20th century. We first learn how Orlando, the Duke of Oxford (Ralph Fiennes), witnesses the unfortunate death of his beloved wife Emily (Alexandra Maria Lara) during the Boer War. He has since become a committed pacifist and swore to protect his only son, Conrad (Alexander Shaw), from the horrors of war at all cost.

But as the film cuts to a few years later, his now-teenage son (Harris Dickinson) is looking forward to joining the army to fight for his country in the upcoming World War I. But Orlando repeatedly forbids him from doing so, even though his son remains persistent as the war is looming. Orlando believes he can stop a war without committing violence by operating discreetly as a top-secret network of spies with his trusted right-hand man Shola (Djimon Hounsou), and housekeeper, Polly (Gemma Arterton). The spies in question would involve enlisting domestic and international servants from around the world to help them gather useful information related to the war.

Although ‘The King’s Man’ leans heavily on the historical war epic, Vaughn assures us that we are still watching a ‘Kingsman’ movie. This is particularly evident with the introduction of Bond-like villains led by a mysterious mastermind nicknamed The Shepherd, who commands a small group of wicked historical figures such as Grigori Rasputin (Rhys Ifans), Mata Hari (Valerie Pachner) and Erik Jan Hanussen (Daniel Brühl).

Of all the colorful villains in this prequel, Ifans easily impressed me with his over-the-top antagonist performance as Grigori Rasputin. There’s an extended sequence that veers from weird (you just have to see it for yourself) to wild, with the latter featuring one of the best action set pieces ever made in the ‘Kingsman’ franchise. With the help of Vaughn’s typically dynamic and stylized camerawork, the action sees Rasputin engaging in a balletic sword fight against Orlando and Shola. The scene itself has all the boisterous fun and energy that defined the ‘Kingsman’ franchise in the first place.

Vaughn’s decision to shift different tones in his prequel is a bold move, but it sure takes some time to get used to it. Well, at least for me, since the film’s first half is mainly dedicated to setting up the plot while incorporating real-life historical events (e.g., the Boer War, the World War I). The latter plays it straight, but Vaughn still manages to slip in some revisionist what-if touches, which kind of reminds me of Quentin Tarantino’s ‘Inglourious Basterds’ at a certain point. ‘The King’s Man’ tends to be slow-moving, too, resulting in the film’s overlong 131-minute runtime, where it would benefit more with some tighter edits.

Still, even with all the jarring tonal shifts that alternate between the serious/revisionist historical war epic and the tongue-in-cheek action-comedy vibe, ‘The King’s Man’ is far from a total disaster. The film contains a few worthwhile moments, and other than the aforementioned Rasputin sequence, Vaughn establishes the father-son dynamic between Fiennes’ Orlando and Dickinson’s Conrad. The World War I sequence, especially the one involved in the trenches and the no man’s land, proves the director’s versatility in terms of depicting the harsh reality and visceral impact of the war. Then, there’s the action-packed final third act and so do some of the surprises in the film such as the fate of one of the characters and the revelation of the mysterious mastermind.

As for the cast, Ralph Fiennes is convincing as an unlikely action hero in this prequel while excels in the dramatic moments as always. Harris Dickinson, Djimon Hounsou and Gemma Arterton all deliver respective strong supports as Conrad, Shola and Polly, while Tom Hollander has a field day playing not one but a trio of roles as King George, Tsar Nicholas and Kaiser Wilhelm.