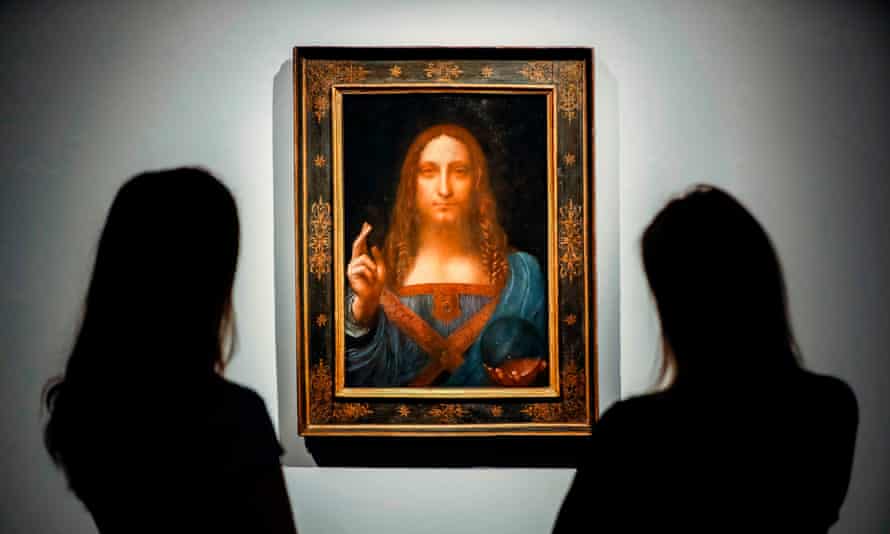 A work of art believed to be painted by one of the world’s greatest artists. A heated debate amongst art historians, restorers, and critics as to its authenticity. A series of fantastical sales and the involvement of a foreign prince. These details all sound like something out of a novel or a thriller film, but they’re the truth depicted in Andreas Koefoed’s new documentary, The Lost Leonardo.

The film explores the mystery and sales of the Salvator Mundi painting, which dates to the earliest years of the sixteenth century and some believe was painted by famous Renaissance artist Leonardo da Vinci himself. Painted on wood, it depicts Jesus Christ making the sign of a cross with one hand and holding an orb in the other.

The painting was previously said to have been done in Leonardo’s style, perhaps in his workshop or by one of his assistants. However, in 2005, Alexander Parish purchased it in New Orleans. Parish calls himself as “sleeper hunter,” a “sleeper” being a painting that is believed to be more valuable or by an artist more famous than the person selling it realizes.

Parish, along with dealer Robert Simon, brought the painting to conservator Dianne Modestini who spent years restoring the painting from its damaged state. During this time, a debate began in academic circles over whether the painting was entirely by Leonardo, partially by him, or simply made in his workshop.

The documentary poses interesting questions about the value of art based on the artist and how we can verify who created a painting made around the year 1500. But it’s also a story of the social capital and financial markets, of those who view art as a commodity that can help them achieve status.

The painting was included in an exhibition in London, at the National Gallery, from 2011 to 2012, marking its true introduction as a potential Leonardo in the art world. But experts were still divided. There are only fifteen known Leonardo works that have survived, which explains why identifying a new one would be such a massive achievement.

The Lost Leonardo does an excellent job of presenting multiple perspectives on the painting and its origins. Interview subjects ranging from curators to CIA agents speak directly to the camera and give their personal opinions on how events related to the Salvator Mundi unfolded.

The two highlights of these interview subjects are definitely the very earnest Modestini, whose faith in the painting’s authenticity and dedication to art being something that should be enjoyed by the public is touching, and snarky art critic Jerry Saltz, whose views are biting but highly amusing.

After the painting leaves the National Gallery and is put on the market for sale, the documentary shifts. No longer concerned with whether or not it was painted by Leonardo, it explores the thrilling story of the painting’s sales and the mystery of where it is today. In doing so, it delves into the seedier dealings and the politics of the art world, where some people prize paintings like this one as financial assets or status symbols.

The documentary combines the interviews with beautifully shot B-roll and a collection of footage from television appearances, marketing materials, and auctions. The dark grey tint that persists through much of the movie helps build the hazy atmosphere. The pacing keeps the film on track and it never feels too dense, despite a large amount of information being shared.

For much of the documentary, The Lost Leonardo is not actually concerned with discovering the truth of if the painting was done by Leonardo himself. It is more interested with the ongoing debate about the painting and the actions that are taken because of people accepting that it was. The documentary is able to open up the often unseen dealings of the art world in a way that makes it easy for someone without prior knowledge to comprehend.

Without spoiling anything, the end to this story is rather unsatisfying. But perhaps that’s the point – it’s easy to feel for the people involved in this process from the beginning like Parish and Modestini, who certainly wished for a different outcome.

In the beginning of the documentary, Bank of America executive Evan Beard says, “This is the most improbably story that I think has ever happened in the art market.” At times, it certainly feels more like fiction than fact, but The Lost Leonardo is a thrilling look at the real-life events around what may be one of the most important discoveries in the art world in recent history.