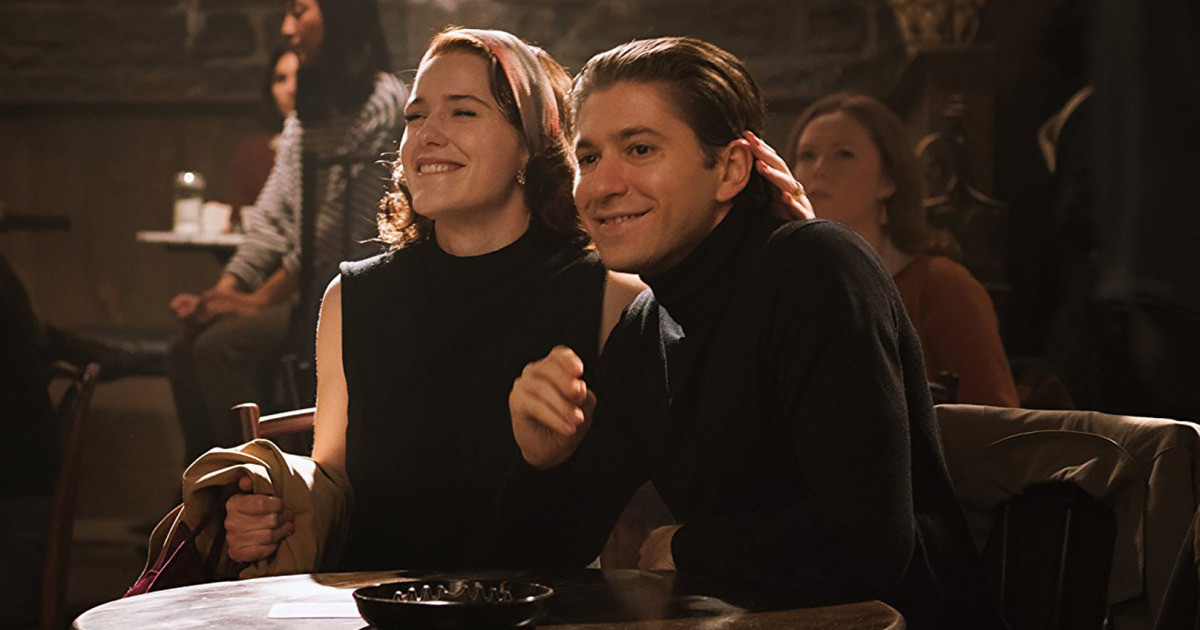 ‘The Marvelous Mrs. Maisel’ is a brilliantly made period drama set in the 1950s about Miriam “Midge” Maisel, a woman trying to make it big in the comedy world. In the latest season of the show, with Midge opening for legendary musician, Shy Baldwin, on his tour, we certainly know she is in the right direction to becoming the next big thing. The previous episode finally paced up the season’s story-line, and marked the beginning of the much awaited tour that has her performing in Las Vegas, where she initially stumbles. Now, with the fourth episode of the show, Mrs. Maisel is certainly is reigning over that very stage.

The fourth episode of ‘The Marvelous Mrs. Maisel’ is aptly titled, “Hands!” as it is all about winning some and losing some in life. The wild and exhilarating gambling lifestyle of Las Vegas, with its bright lights and bling, set the tone for the episode’s primary theme. Both, the episode’s opening scene, and its ending, gain significance, as it has Susie turning her luck around, at the gambling table, and in life. The episode has some of its characters embracing new opportunities, while others struggle with changes, as it shifts between New York and Vegas, the two cities of dreams (both broken and fulfilled) of America.

The episode begins on a high note, with Midge giving a successful performance that gets her roaring laughter from her audience. We then see Susie and Midge get their two weeks pay, and realize that Midge has been on fire at the stage consistently over the past weeks. This is followed by some fun moments, with Midge and Susie enjoying their luxuries at Vegas in their own ways, with face mask and drag races. Susie then leaves for New York for a couple of days to work for Sophie Lennon.

Susie, threw her shrewd ways, manages to score a meeting with the two top men of the theatre circuit in New York, and successfully convinces them to have Sophie Lennon play ‘Miss Julie’ for a Broadway production. The three agree and look for an experienced actor who could anchor the performances, and settle on the legendary Broadway artist, Gavin Hawk, and thus a new character is introduced to the show. Susie then also manages to successfully convince him, and arranges a meeting for Sophie and Gavin to meet before she flies back to Vegas.

Meanwhile, Joel fixes his club at Chinatown with the help of Archie, and certainly seems to have embraced the recent changes in his life. We then have Mei surprising Joel with a jukebox, and they dance together through the club, romantically, perhaps, marking the beginning of a new relationship. On a phone-call with Joel, Midge convinces him to come visit her in Las Vegas and see her perform, as their parents take care of the kids.

The parents on the other hand, are driving each other batshit insane as they struggle to live together. As I previously predicted, having Abe and Rose under the same roof as Moishe and Shirley is recipe for disaster. The scenes of them together form some of the funniest moments of the episode, with Moishe and Shirley forcing the couple out of bed at 5am every morning, playing both the radio and the television at the same time, among other things, enough to drive anyone crazy. One of the funniest scenes of the episode has Abe, Rose and Zelda, sitting on bed, distraught, as they try to escape the Maisel madness.

Joel does eventually come to visit Midge at Las Vegas, leading to a few heartwarming scenes, with the two of them having a great time together. Everything feels light, warm and happy as the two drink together. It also melts the heart to see Joel’s genuine excitement for Midge and all that she is achieving, and it almost looks these two could have a solid loving friendship. But alas, good things come to an end. The two end up sleeping together, only to realize the next day that the two of them got married drunk the previous night. This leads to an intense argument between the two, and has Joel unintentionally revealing his feelings towards Mei to Midge, who doesn’t take it entirely too well.

With Susie back in Vegas. the two realize that they are both tired of the city and all that it brings. But the episode ends with Midge opening her performance with “Who here has ever married her ex-husband?”, as Susie wins a game at the gambling table. Both making the most of what they have.

The fourth episode of ‘The Marvelous Mrs. Maisel’ is an absolute wild ride, and feels very much like a gambling table in Vegas, with its characters experiencing both great high and lows as the story progresses. Well, except Abe and Rose. It was pretty much a complete low for the two of them this episode. But a hilarious one at that.

The show ends on a high note for Susie, which was long due. But how long would it last, especially with all the arising conflicts? What would happen when Sophie and Gavin meet? More importantly, what comes of the “Miss Julie” production? I hope the next episodes answer these questions.

Personally, I loved the way the show has portrayed the relationship between Joel and Mei so far, and I would definitely want to see more of that. Season 3 of ‘The Marvelous Mrs. Maisel’ shows a much happier and sorted Joel, having shown considerable growth as compared to the past seasons. Joel becomes someone who the audience roots for from the very first episode till the fourth, at least.

Introducing an Asian female character, who is intelligent, takes charge, and has strong ambitions, as a potential romantic interest for Joel, is something I wholeheartedly appreciate about this season. Their relationship feels like that of equals, something that was previously lacking in his marriage with Midge. Even though there is so much scope there now, I don’t think it should work out, or rather hope it doesn’t, just for that reason. Maybe it really is time for new beginnings.