The Masked Singer S03 E14: Everything We Know 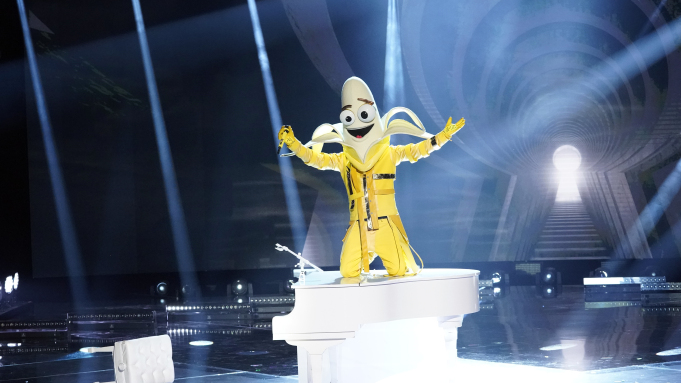 ‘The Masked Singer’ Season 3 is witnessing fierce competition with participants going above and beyond. Performers are checking all the boxes in terms of vocal prowess, stage presence, and moving narratives. We have gone past the group stages and seen the charged Super Nine competition. Now, the season has moved into the familiar territory of smackdown phases.

We have had the first round of face-offs where Kangaroo was sent home and revealed to be Jordyn Woods. Now, you might be wondering who gets eliminated in the second round of face-offs and which celebrity gets revealed. We have the answers here, as well as spoilers for the next episode. Moreover, we will also tell you when and where to watch the upcoming installment.

The Masked Singer Season 3 Episode 14 Release Date: When Does it Premiere?

Where to Watch The Masked Singer Season 3 Episode 14 Online?

”The Masked Singer” is on Fox. Therefore the most straightforward way would be to watch it with a cable subscription. However, you might not have a cable connection. In that case, you can head to the Fox site and stream the episodes of the show.

Cord cutters are on the rise, and accordingly, provisions are made for them to enjoy ”The Masked Singer.” Head over to Fubo Tv, DirecTV, or YouTube Tv to watch the new episodes. Some of the platforms also offer free trial periods, which you can use before they start charging you for your services.

If you are a Hulu subscriber, there is a chance that ”The Masked Singer” will eventually make its way to the platform. Hulu already has two seasons of the show, which leads us to believe that Season 3 will head there as well. However, you might not be able to stream the new episodes immediately.

The second face-off episode sees Kitty and Frog going toe to toe, while Banana and Rhino battle it out. Although Kitty has more vocal prowess than the Frog, the latter’s energy gets him through. Meanwhile, Banana delivers his best performance yet, but it is not enough to edge past Rhino.

Kitty and Banana face-off again, and the latter ends up being eliminated. Before leaving, Banana takes his mask off, and it is Bret Michaels, as we had predicted. Next week, in the Battle of the Sixes, we expect Kitty and Night Angel to face-off, while Astronaut and Turtle might lock horns again. Frog and Rhino could be supposed to fight for a spot, as well.

Either Frog or Rhino might be eliminated in the upcoming episode. The other four contestants are frontrunners in Season 3, and we would be extremely shocked if any of them crashed out. Although Frog and Rhino have been great entertainers, it is the end of the road for one of them. You have to stay tuned to find out who gets eliminated, and which celebrity is unmasked, in the upcoming episode.