When Will The Masked Singer Season 3 Premiere on Fox? 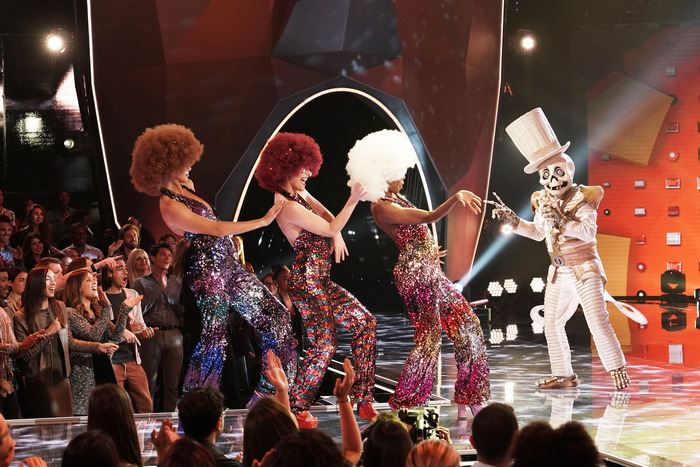 Singing reality competitions have only one goal — make sensational celebrities out of nobodies. But what happens if this concept is reversed? We mean, hide the identities of famed celebs and leave the audience guessing about whose face rests behind elaborate masks. Well, Fox’s ‘The Masked Singer’ does just that.

The contest is a part of the eponymous franchise and features contestants, who are actually celebrities, covered in head-to-toe with costumes and face masks, concealing their real identities from other participants, panelists, and audiences. It premiered on Fox on January 2, 2019, and because of its obscure premise, has spanned two extremely successful seasons. Now the question is, will there be a ‘The Masked Singer’ season 3? Let’s find out.

The Masked Singer: Judges and Host

Each of the two seasons has featured Robin Thicke, Jenny McCarthy, Ken Jeong, and Nicole Scherzinger as the panelists. Nick Cannon has served as the host in both the seasons. Of course, apart from them, there is a team of mysterious celebs, who compete with one another in full-bodied costumes and distinctive masks.

Season 2 had 16 contestants — their names being revealed across the episodes. For instance, the first mask cracked off was an egg, behind which we discovered skater Johnny Weir, followed by the second mask, an icecream, which revealed professional gamer and streamer Tyler “Ninja” Blevins. A panda turned out to be Laila Ali, an eagle was
Drew Pinsky, a skeleton was Paul Shaffer, a penguin was Sherri Shepherd — and so on!

Season 3 will most likely see Robin Thicke, Nicole Scherzinger, Jenny McCarthy, and Ken Jeong reprising their positions as the judges. They don’t seem to be going anywhere soon. Nick Cannon will also return to resume his hosting duties on-stage. After all, this dedicated team has been instrumental in contributing to the show’s growing success. Showrunner Izzie Pick Ibarra is of the opinion that their varying backgrounds make them the perfect combo. He said, “I love our panel, they are a great group of people because they are so different from one another. They complement each other so, so well.”

What’s The Masked Singer About?

The brilliant format of ‘The Masked Singer’ has been described as “a pretty fascinating examination of celebrity culture, mass appeal, performance, image, and fame.” Here, a certain group of celebrities appear on set anonymously, clad in ridiculous costumes, which can be in the form of anything — animals, fruits, supernatural characters, superheroes, bugs, and even plants.

The contestants are then segmented into two teams, after which they partake in face-off competitions by performing a song of his or her choice in his/her real voice. After the face-off rounds, one candidate is eliminated via panelist and live audience voting in every episode. At the end, the eliminated singer takes of his/her mask and reveals their actual identity.

Throughout the competition, hints are offered about the masked singer’s identity through pre-taped interviews in distorted voices. The panelists can also ask a question and attempt to recognize the celeb.

Finally, the last-remaining contestants head to the finale. The one who is crowned as the winner receives the coveted golden mask. In season 2, three finalists, Fox, Rottweiler, and Flamingo, competed for the title. Flamingo (Adrienne Bailon) ended up in third place. Rottweiler was revealed to be the singer and American Idol alum Chris Daughtry while Wayne Brady was the Fox.

There’s still some time left for the third season of ‘The Masked Singer’ to make its way to tv screens. But we have gathered quite some details about the next installment of Fox’s hit show.

For starters, Izzie has already confirmed that the upcoming season will be following a live-show format. This means that, now, viewers will be able to vote even from homes. Earlier, only the studio audience had control over the fate of the contestants.

Hence, we would not be seeing pre-recorded episodes and hence, the format is all set to undergo quite an amount of changes. But what we know is, it will be even more exciting for us to have a say in deciding which candidate goes back home.

As far as the costumes are concerned, the first reveal was that of a singing banana! The show’s official Twitter page wrote: “Season 3 of #TheMaskedSinger is going to be an appeeling work of art. ? #BananaMask #ArtBaselBanana.”

After season 2’s finale, Fox released a preview trailer that led to more costume reveals. Host Nick Cannon drives his van across the country delivering the new get-ups to season 3 competitors. He first stops at an estate in Beverly Hills and delivers a mouse costume. En-route, he next meets a rancher with a cowboy hat who gets a robot,  a Hollywood celeb in a dressing room who receives the banana, a football player, and another A-list female star who is handed Ms. monster.

The Masked Singer Season 3 Release Date: When will it premiere?

With season 2 wrapping up, fans would not have to wait too long for season 3. In May 2019, Fox announced that the show would be renewed for two additional seasons, with the third installment already round the corner. ‘The Masked Singer’ season 3 is all set to premiere on February 2, 2020, right after Super Bowl LIV, at 10:30 p.m. ET. After that, it will move to its regular Wednesday time slot from 8-9 p.m. ET.

You can watch the official preview trailer for season 3 below: