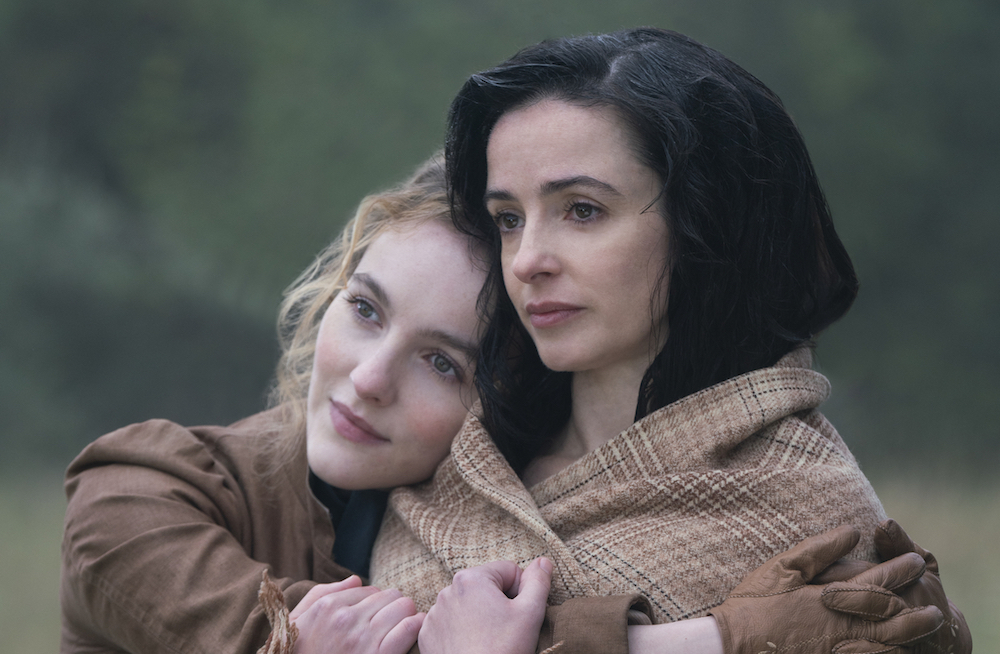 The camerawork and the lighting in HBO’s Victorian steampunk science fiction series ‘The Nevers’ exhibit the retro feel of the historical movies and TV shows of the 80s and 90s. Perhaps it’s a conscious effort to distinguish it from all the modern entertainment content about the late 19th and early 20th century. ‘The Nevers’ tells the story of the Londoners, mostly women, who gain extraordinary abilities one day.

The fantasy drama show spends the pilot episode introducing its unique and diverse ensemble of characters. The opera scene, in particular, has been utilized to bring together the characters and underscore their similarities and differences. Here is everything you need to know about the ending of ‘The Nevers’ episode 1. SPOILERS AHEAD.

On August 3, 1896, a remarkable and yet-to-be explained incident occurs in London in which many of its residents, predominantly women, gain superpowers. Three years later, despite being at the height of its power, the British Empire is still confused about what happened on that fateful day. The people with abilities have come to be known as “the Touched.” As most of them are women, the Touched are generally seen through the monocle of misogyny, including by the people belonging to the deep state that runs the empire.

The show’s protagonist, Amalia True (Laura Donnelly), runs Saint Romaulda’s Orphanage, a haven for the Touched, with the help of brilliant inventor Penance Adair (Ann Skelly) and the financial support of wealthy philanthropist Lavinia Bidlow (Olivia Williams). Both Amalia and Penance have powers. The former experiences ripples, which let her see a glimpse of the immediate future, and the latter’s inventive capability comes from her gift.

In the middle of the performance, the notorious serial killer Maladie (Amy Manson) shows up with her lackeys. It is revealed that all of them are Touched. They kill several people and escape with Mary (Eleanor Tomlinson), a singer who tries to calm the killers with her musical abilities. Amalia makes a desperate attempt to stop them but ultimately fails.

The Nevers Episode 1 Ending: Why Does Maladie Kidnap Mary?

The show introduces Maladie through an effective comparison with Jack the Ripper. A newspaper boy shouts that she will soon take the lead over Jack on the number of kills. Both the deep state and ordinary people reflect on how her victims are not prostitutes, but upstanding members of society, whose deaths people can’t just ignore. When she makes her first appearance on the opera stage, Maladie is the very embodiment of everything that society fears about the Touched: a menacing woman with too much power.

Maladie is the antithesis of Amalia, who seems to be always calm and collected, and is on a righteous path of protecting the Touched. In contrast, Maladie is an agent of chaos. She makes her grand entrance by killing the actor portraying the Devil and later declares, in a rare moment of non-imposed calmness, that she is there for the “angel witch.” By all indications, Maladie means Mary here.

Mary’s gift has manifested through music. In her attempt to soothe the killers, Mary ends up revealing all the Touched attending the opera to each other and letting them know that no matter how horrible and lonely the present seems, they have others who share their burdens. This act also helps Maladie recognize who she is here for, and she promptly abducts the singer.

How Does the Touched Get Their Powers?

Three years after the incident, no one except Maladie and maybe Amalia seems to remember anything about it. On August 3, 1896, a flying ship appears in the London sky, teeming with energy. It emits these tiny white orbs that immerse into certain people, making them lose consciousness. When they wake up, neither they nor the rest of the Londoners have any recollection of what has transpired. However, it appears that the parts of their bodies in which the orbs immerse are related to their powers. For instance, an orb immerses into Penance’s hand, and she gains the power of invention.

Unlike the rest of the Londoners, Maladie vividly remembers the ship and has come to associate a fanatical religious connotation to it. She is also apparently the only member of the Touched who doesn’t faint after the orb enters her body. As for Amalia, she has jumped into the river in her attempt to commit suicide right before the ship’s arrival. So, she doesn’t really see it. However, when the orbs enter her body, they bring her back from the threshold of death. It is purely a conjecture at this point, but Amalia and Maladie’s frame of mind helps them remember the incident when others have forgotten.

Read More: Where Was The Nevers Filmed?