Where Is The Nevers Filmed? 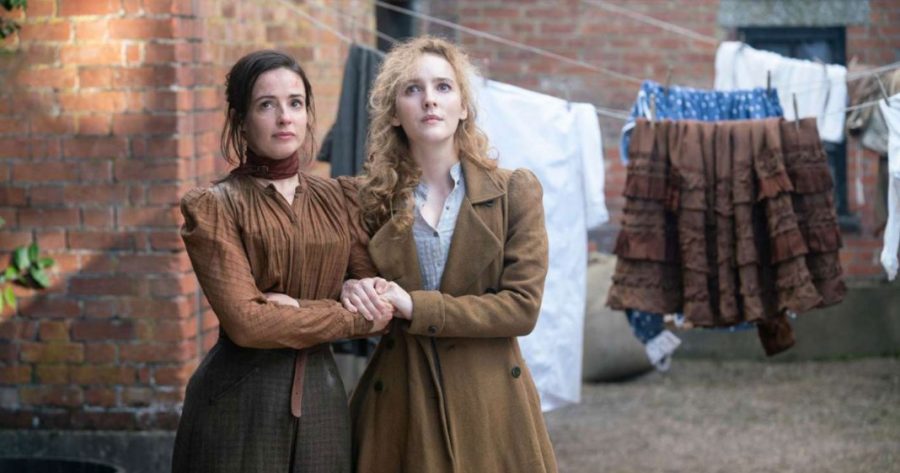 ‘The Nevers’ is a sci-fi drama series created by pop culture icon Joss Whedon (‘Firefly’). It revolves around a group of Victorian women who discover they have developed superhuman abilities after an unexplained phenomenon and use them to bring about a change in society. The simple yet effective premise presents a powerful story oozing with the kind of drama audiences expect from period shows wrapped in a cloak of supernatural awesomeness.

The show features loads of stylistic action sequences set against some breathtaking victorian era locations that will leave audiences marveling at the show’s visual brilliance. If you are looking for more information about the scenic locations used in the series, here’s everything we know about the filming of ‘The Nevers.’

Principal photography on ‘The Nevers’ began on July 4, 2019, but was shut down in March 2020 due to the Covid-19 pandemic. Filming on the show’s first season resumed on September 7, 2020, and was wrapped up in October of the same year. The series is primarily set in 1899 era London and filming of the first season took place mainly in various parts of London, United Kingdom. Let’s take a closer look at the filming locations of ‘The Nevers.’

Filming in our square yet again tomorrow, Victorian sci-fi no less, HBO's The Nevers. Two days of prep for one day of filming, and the horses arrive in the morning…. @se1 #TheNevers pic.twitter.com/MettZTkqVT

The production crew set up camp in London, and filming of the first season of the show primarily took place in London on sound stages and location. Due to the lack of available studio spaces, the show’s crew resorted to filming scenes on sets built in old warehouses in the city. The cast and crew filmed a few scenes for season one at the Trinity Church Square (formerly known as Trinity Square), a garden square in the Newington district of Southwark Borough, during July 2019.

The same month the show’s production crew also filmed a few scenes in the Wimbledon district of the Merton Borough, precisely at the New Wimbledon Theatre, a baroque and Adamesque architectural style theatre of historical significance located at 93 The Broadway, Wimbledon, SW19 1QG. A few sequences were filmed at Charterhouse Square in the Smithfield District; The Mall, a road connecting Buckingham Palace with Trafalgar Square; and Lincoln’s Inn Fields, a public square in London.

Here's one of our favourite shots from the set of 'The Nevers'. This was taken in Charterhouse Square in London during the first block of filming. Steampunk meets Victoriana. We're in! #TheNevers #HBO #Steampunk #Victorian #JossWhedon 📸 @dmcalinden pic.twitter.com/jB1DMLTCiK

Kent is a county in South East England known for its rich history and cultural heritage. Filming for a few scenes of the first season of ‘The Never’ took place in Chatham, a town in North Kent. A few scenes were shot at The Historic Dockyard Chatham, a maritime museum, which exhibits many of the Royal Navy’s ships and Dockyard Railway locomotives. The location has also been used to film shows such as ‘The Crown‘ and ‘Downton Abbey.’

Another important filming location of the show is Oxfordshire in South East England. The county is known for its architecture and is a globally renowned educational hub. The shooting of certain scenes took place at the Jacobethan-style country house, Joyce Grove (Sue Ryder hospice), located in Nettlebed, Oxfordshire.’The popular period drama movie ‘The Imitation Game’ was also partially filmed at the property. A few scenes in ‘The Nevers’ were most likely shot at Henley-on-Thames, a city in the county.

Filming on The Nevers continues at Sue Ryder in Nettlebed. Might this be our first look at the Orphanage, funded by Lavinia Bidlow (Olivia Williams) and home to Amalia True and several of the other "Touched"? 🤔#TheNevers🎩 #JossWhedon #HBO 📸: @on_blogger pic.twitter.com/8vnLCTQBdB

Filming also took place at the Painshill, an eighteenth-century landscape garden located on Portsmouth Road in Cobham, Surrey County. Scenes were also shot at Bourne Wood, a woodland in Farnham, Surrey. The village of Cobham is famous for being home to the training ground of London’s popular Chelsea Football Club.

Filming continues on The Nevers at Painshill in Cobham. Fifty percent of filming for The Nevers will be location shoots, with the other fifty done in studio. 📸: https://t.co/lVFt8MJvEU#TheNevers #JossWhedon #HBO pic.twitter.com/HfVSafGIAU

Dublin is the capital of the Republic of Ireland, one of the secondary filming locations of the show. It is one of the locations that the production crew visited in the early stages of filming. A few sequences of episode one were filmed in the city. Dublin is a distinguished center for education and is known for its nightlife, music, and museums.

Just walked out to this, do I just walk down the street?
Did they have Greeks in U2 t-shirts in Dublin back in the day? pic.twitter.com/1iEZ47nhDW