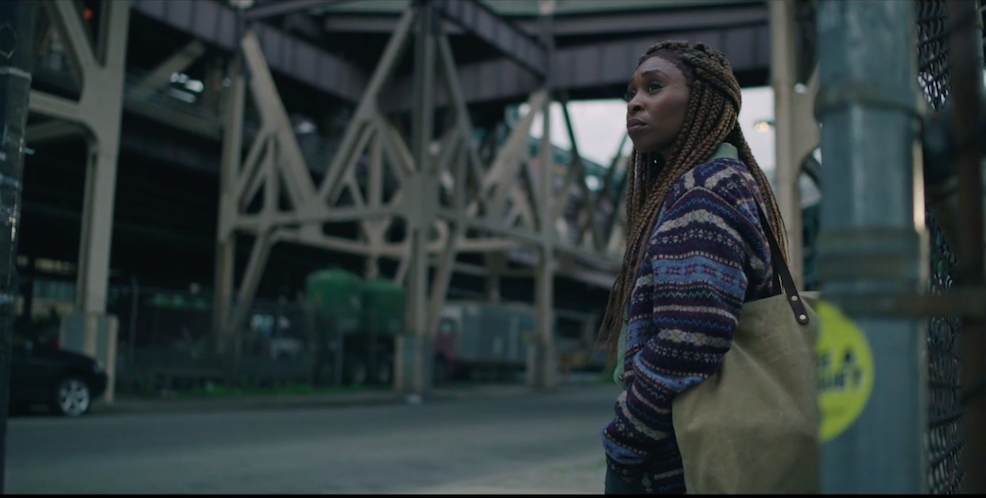 “This day and age, we find it so difficult to believe in anything that we can’t explain.” “Not me,” replies Holly Gibney. While she claims that being an unexplainable thing herself, she doesn’t find it hard to go beyond the limits of what is not concretely rooted in reality, we are still to find out what happens when she does come across another thing that is unexplainable by all measures. What happens when she comes face to face with the devil that she was promised would come for her if she misbehaved?

In its fourth episode, ‘Que Viene El Coco’, ‘The Outsider’ begins a clear transition from being a murder mystery to turning into a classic Stephen King horror story. We have a name for the thing that is at the root of everything- El Cuco. Whether or not it really is the devil, we will find out in the coming episodes. For now, let’s focus on the direction that Holly’s investigation has taken her to. If you haven’t yet caught up with the show, head over to HBO.

After finding out about the murder of two girls and the nurse named Heath Hofstadter convicted for the crime, Holly digs more into the case to find out the connection with Terry Maitland. She discovers that the case is almost the same as Terry’s. He had been on a vacation, out-of-town, when the crime took place. Witnesses placed him at two different locations at the same time, but the DNA and fingerprints at the crime scene were overwhelming enough to send him to prison.

She would talk to Heath about it, but he is already dead. She talks to his co-worker and discovers that there is another similar case, but with a surviving convict.

What’s with the Scratching? 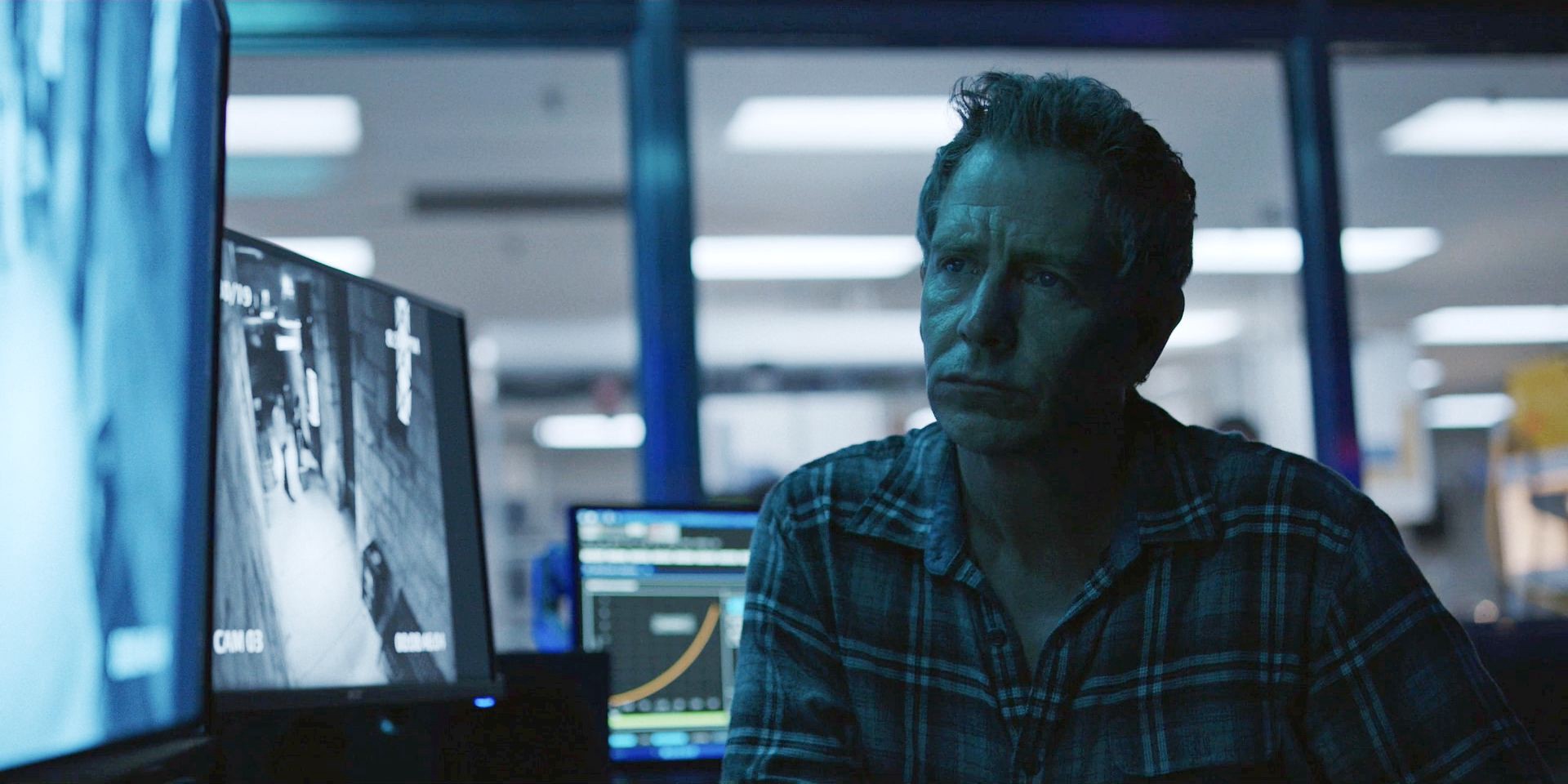 From the link appearing between the two cases, Holly begins to wonder what drove two people with no criminal record to suddenly brutally murder children. This takes us back to Terry’s incident with the nurse. In the explainer for the third episode, I had anticipated the encounter between Heath and Terry. In this episode, it turned out to have happened exactly like that. The Heath that Terry got scratched by was not the real one.

This brief, but uncanny, interaction leads Holly to wonder if something was transmitted from one to another, like a virus! But you can’t catch murder, right? And even if this type of murderous behaviour was being spread, who is patient zero? If Heath transmitted it to Terry, where did Heath get it from? This answer leads Holly to go back further into the life of Heath, and she discovers that he had gone to New York City a few months before the Williams murder. This leads to another link and the discovery of another similar case.

Breakfast with the Bartender

This episode begins with the breakfast that Heath shares with a woman. From her demeanour, it looks like she is not who he thinks she is. Later, through Holly’s investigation, we find out that this was where Heath caught murder.
The hotel that he had stayed in had a bartender named Maria Caneles. It was she who had breakfast with him. Later, she was arrested for the murder of a young boy. She, too, like Terry and Heath, maintained her innocence. When Holly visits her in prison, Maria tells her that Heath was pestering her to go out with him and she agreed to have breakfast with him. However, the next day, she bailed out. So, who met with Heath then? The shapeshifter.

It not only showed up for breakfast but also scratched Heath while having sex. The scratching appears at another place, for which we have to go back to the first episode. In his interview, the man at the strip club, Claude Bolton, told Anderson that Terry had shown up there for a change of clothes. In the flashback, we saw him being surprised by Terry and he tended to his hand. We let it go at the moment, but in the CCTV footage, Anderson catches the moment and realises that “Terry” had scratched Claude.

Now we know what the shapeshifter has to do to become someone’s doppelganger. Considering the pattern, we can also deduce who the next murderer or victim (depending on the way you look) would be. 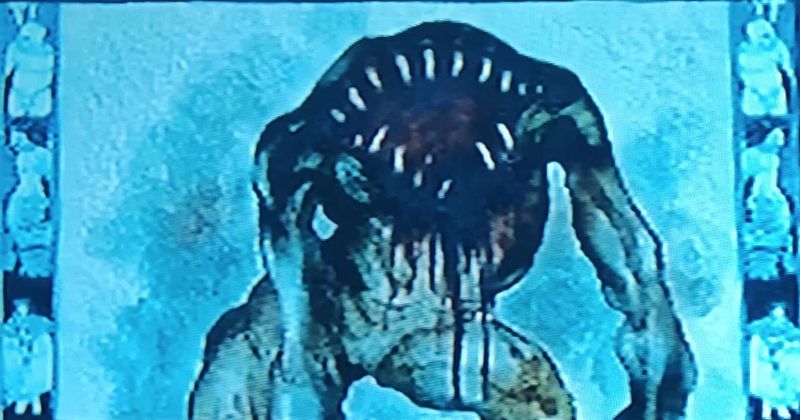 What exactly is this thing? This is the question that has been plaguing our mind since the first episode. In this one, we finally get a name for it. Or two, actually. The woman that Holly gets in touch with from the prison tells her about El Cuco, aka the Bogeyman, whose tales are used to scare children into behaving well. This is the one that eats kids. But there is more to the story. There is also the story of El Gloton Para Dolor, The Grief Eater, who lingers behind after the murder to relish on the grief that it has caused.

This makes much more sense for the story. After the death of Frankie Peterson, his whole family collapsed. His mother died, then his brother was shot dead, and in the end, his father committed suicide. Going back to Heath and Maria’s case, Holly realises that something similar happened to them too, and it was not limited to the victims. The people held responsible for the murder also had to lose people in the aftermath of their arrests.

Heath killed himself in prison due to the threat presented to his life. Back home, his younger brother overdosed, and he had just come out of rehab. Soon after, we see his mother dying as well. For Maria, her father and uncle were killed by the grandfather of the boy who had been murdered. This explains why the shapeshifter stayed in Cherokee and why he was visiting Terry’s daughter. It wasn’t just scaring her; it was trying to instigate her into killing herself or killing someone else in her family.