Parents believe they know their children. They believe in their goodness and innocence. But children, often, keep secrets from their parents. They have two sides, one that they like to keep hidden. What if a parent were to discover the dark side of their child. What happens when they find out what their children are really capable of? Netflix’s ‘The Perfect Mother’ explores this theme, questioning the extent to which a mother can go to protect her daughter. The show gives us a story of tumultuous relationships and ends on a chilling note. Here is what that shocking ending means for the characters. SPOILERS AHEAD

Helene lives with her husband and son in Berlin. Her 20-year-old daughter Anya is a college student in Paris. One day, Anya calls her to tell her that there has been a murder and the cops are looking at her as a suspect. Helene immediately flies to Paris and discovers that the case is stacked against her daughter. But she knows that Anya couldn’t have committed such a crime. To save Anya, Helene reconnects with Vincent, an old flame with whom she had parted on uncertain terms 25 years ago.

Vincent agrees to help her. Being an ex-cop, he knows that once the cops have set their eyes on a single suspect, they don’t really look anywhere else. So, it’s on him and Helene to find out what really happened to Damien and save Anya. While Helene embarks on the investigation with a lot of hope for her daughter, she discovers disturbing secrets that make her wonder how much she knows her own flesh and blood.

‘The Perfect Mother’ starts with Damien’s murder and Anya as the only suspect in the case. Throughout the investigation, she maintains that someone else was there too. She says it was Damien’s drug dealer who barged into the house and killed Damien. In the beginning, the audience finds it easier to lean towards Anya’s version of events. However, the more her mother digs into the case, the more Anya’s stories change. Every time a new piece of evidence comes to light, Anya delivers a new iteration of what had happened the night of Damien’s murder.

In the end, the truth is revealed when Anya’s friend Sophie comes clean about everything. After Kamal’s death, she approaches Vincent and tells him how Sophie had orchestrated a plan to blackmail Damien. It turns out, this wasn’t her first rodeo either. While working at the women’s shelter, Anya had come across many women who’d suffered at the hands of men but didn’t get justice, mainly because those men were in a position of power. A couple of months ago, she and Sophie had cornered a college professor and blackmailed him. Anya wanted to use that money to help the center financially.

Damien Carnau was the heir of a rich and powerful family. He was used to getting whatever he wanted, and he had a streak of assaulting women. Anya knew there was no way to send him to jail, but there was a way she could make him pay, literally. So, one night, she seduces him, and once they are alone at his house, she roofies herself. She threatens to go to the police and believes that this will scare Damien. But soon, it becomes clear that she’d underestimated him. Damien does not take well to blackmail and becomes violent. He rapes her, and in the struggle to save herself, Anya stabs him with a knife.

A panic-stricken Anya calls Kamal, who doesn’t know that she has murdered Damien. He enters the building through the roof and attends to her injuries, but when he realizes what has happened, he gets scared. He doesn’t want any part of it as it could land him in even more trouble, considering he’s already an undocumented immigrant with a family to take care of. Anya gives him Damien’s wallet and watch, trying to get some money out of the situation, and sends him away. She knows that the police will believe her when they find out that she was raped. She tries to stick to the dealer theory, but the CCTV footage from the neighboring building undoes her plan. When the cops find out about Kamal, she tells him to run away. She tries to put the blame on him and wash her hands off the entire thing. In the end, she succeeds.

Does Anya Walk Free In The End? 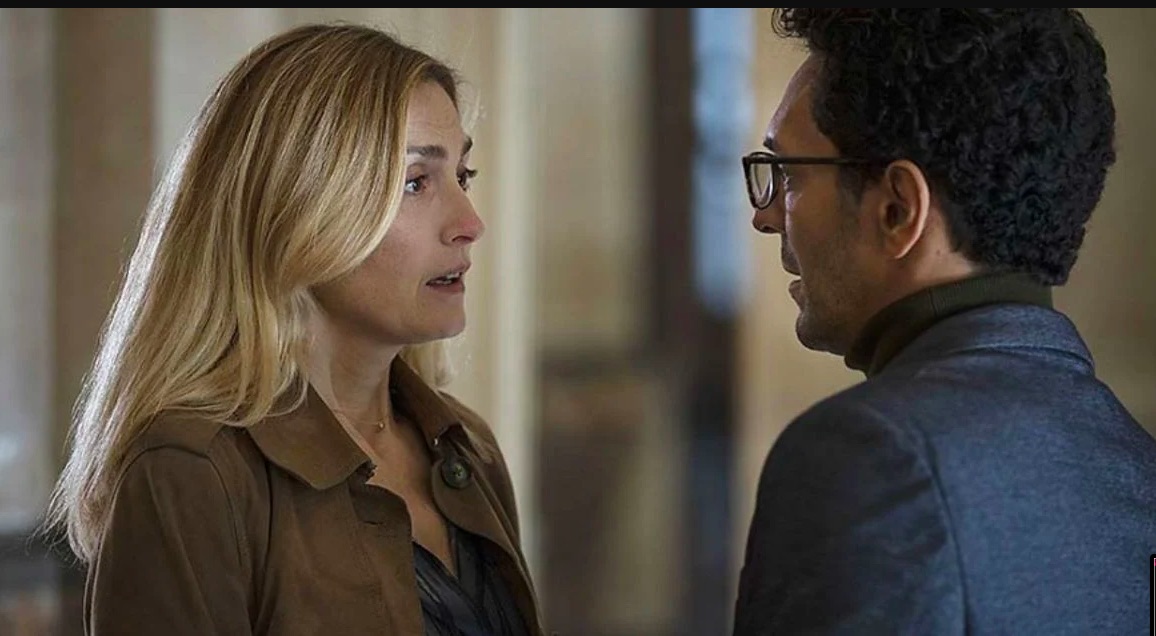 Throughout the four episodes, ‘The Perfect Mother’ keeps the audience guessing about Anya’s innocence. We see the case unfold from the perspective of Helene, who refuses to believe that her daughter could commit such a brutal crime. We tend to favor a mother’s love and faith in her child. Helene’s dedication to her daughter throughout the case, even as Anya’s lies come out, one by one, shows that she is ready to do whatever it takes to save her daughter.

When Vincent tells her the truth, he expects her to take it to the cops and make Anya take accountability for her actions. But Helene knows that it will destroy her family. She can’t see Anya going to prison, especially after discovering that she’d been abused previously as well. She tells Vincent to defend her, no matter what, and get the judge to drop the charges on her. Vincent sees that Helene is blinded by her love and there’s no way he can change her mind. So, he does what any good lawyer will do. He gets his client to walk free.

The blame for Damien’s death is put on Kamal, who isn’t there to defend himself anymore. This had been Anya’s plan all along, but she didn’t expect Kamal to fall to his death while running from the cops. She is also infuriated by the fact that he hid the fact that he was already married and had a kid. She thought they were in love with each other, which is why she wanted to protect Kamal, even when he’d been forced to run. But now, she makes no attempt whatsoever to save his image. Things become all the more convenient for her, and she walks free.

While Helene doesn’t let the truth come out, she can’t refute the fact that her daughter is not the same innocent, perfect girl anymore. There is a vindictive, manipulative side to Anya that she didn’t know anything about. And now, she has to live with the fact that her daughter is a liar and a murderer, and that she is complicit in her crime because she hid the truth from everyone else.