Review: The Protégé Has Its Moments, But It Misses the Mark 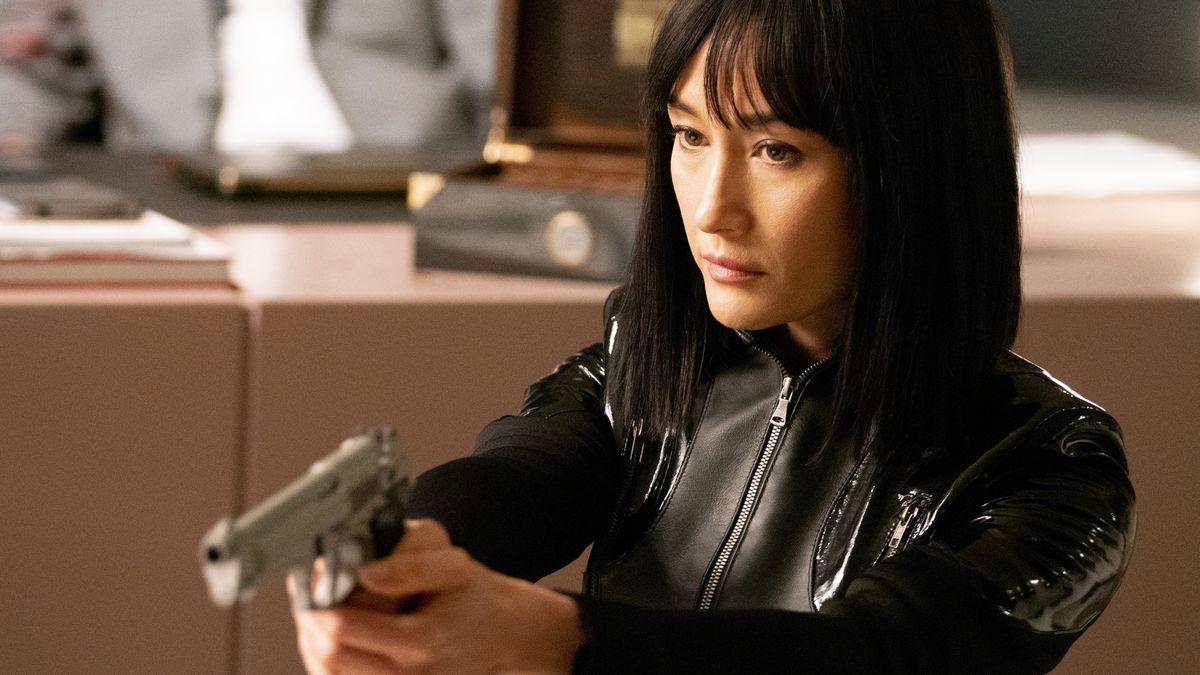 For the past decade, Martin Campbell has become interested in exploring themes of revenge and conspiracy in his films these days. This is evident in ‘Edge of Darkness’ (2010) and ‘The Foreigner’ (2017), both films that deal with protagonists waging a personal vendetta against whoever is responsible for the death of someone they care about. The same thematic fascination continues with ‘The Protégé’, where instead of a male protagonist on a quest for vengeance, his latest film features a female lead for a change.

That female lead in question is Maggie Q, who plays a contract killer named Anna. She was raised and trained under the mentorship of Moody (Samuel L. Jackson), who also happens to be her father figure after rescuing her in Vietnam when she was just a child. But one night after she discovers Moody is murdered in his own home, she determines to find out the killer who did this. Her search leads her back to Vietnam, a place that she doesn’t want to go back to due to her dark past. From there, she subsequently meets Rembrandt (Michael Keaton), a professional killer where they first knew each other while Anna moonlighting as a store owner selling old and rare books.

Written by Richard Wenk, ‘The Protégé’ suffers from the usual shortcomings that plague most of his screenplays, where all seem to be potential but sloppy and half-realized results. Case in point includes his lackluster screenplay works in the two ‘Equalizer’ films and ‘Jack Reacher: Never Go Back’. I hate to say this but the same problem reoccurs in ‘The Protégé’ too. The story wants to be more than just a straight-up revenge thriller and if you are expecting Maggie Q to go all ballistic like a female version of ‘John Wick’, where both films happen to release under Lionsgate, prepare to be disappointed.

What we have here is a film attempting to fill in with layers of a conspiracy-driven storyline. Except it is more of a padded-out narrative structure rather than something that truly intrigues. It is as if the film tries too hard to make a point about the labyrinthine world of shady dealings and motivations from the professional killers’ point of view. At one point, the film even wants to explore the shifting relationship between Anna and Rembrandt and frankly, it does have some potential, only to end up as a half-baked idea. This turns out to be a real pity, given the fact that Maggie Q and Michael Keaton share good onscreen moments but are ultimately defeated by Wenk’s slapdash screenplay.

The pacing poses another problem too, with the frequently stop-start momentum making ways for exposition-heavy moments. It was actually a similar case that happened before in ‘Edge of Darkness’ and ‘The Foreigner’, where both films got too heavy-handed for their own good.

Still, that doesn’t mean ‘The Protégé’ is an outright disaster. Just like his two aforementioned films, Martin Campbell knows well how to stage an action sequence with enough verve. You won’t find the ever-annoying shaky-cam aesthetic or rapid-fire editing for the sake of so-called jazzing things up here — two of the most common flaws in today’s action films. Instead, he directs the action with the help of a second unit director Dian Hristov (‘Skin Trade’, ‘The Hitman’s Bodyguard’ and the 2019’s ‘Hellboy’ reboot) in a crisp style. In other words, the action is propulsive and it helps when Campbell favors more on practical stunts than relying heavily on CGI.

Speaking of practical stunts, it’s nice to see Maggie Q back in action after sticking out like a sore thumb in the forgettable ‘Fantasy Island’ and ‘Death of Me’. Here, she slips into her familiar role that most of us have grown accustomed to Maggie Q. And that is playing a killer, which instantly reminds me how she fits like a glove in TV’s ‘Nikita’. Likewise, she did most of her own stunts and her physically demanding role is simply impressive. And that is not all, as Campbell also gives her ample room to stretch her dramatic acting during some of the non-action moments.

Michael Keaton, who receives first billing in this film, delivers a charismatic performance as Rembrandt while Samuel L. Jackson does a fairly good job as Moody. But not for Robert Patrick, who is sadly undermined as Billy Boy. He plays the gang leader of a motorcycle club and somehow has a connection with Moody and Anna but the film doesn’t bother to address that properly other than verbally implying it as such.

Although ‘The Protégé’ has a few moments that define some of Martin Campbell’s directing prowess, the film remains a missed opportunity.

Read More: Where Was The Protege Filmed?