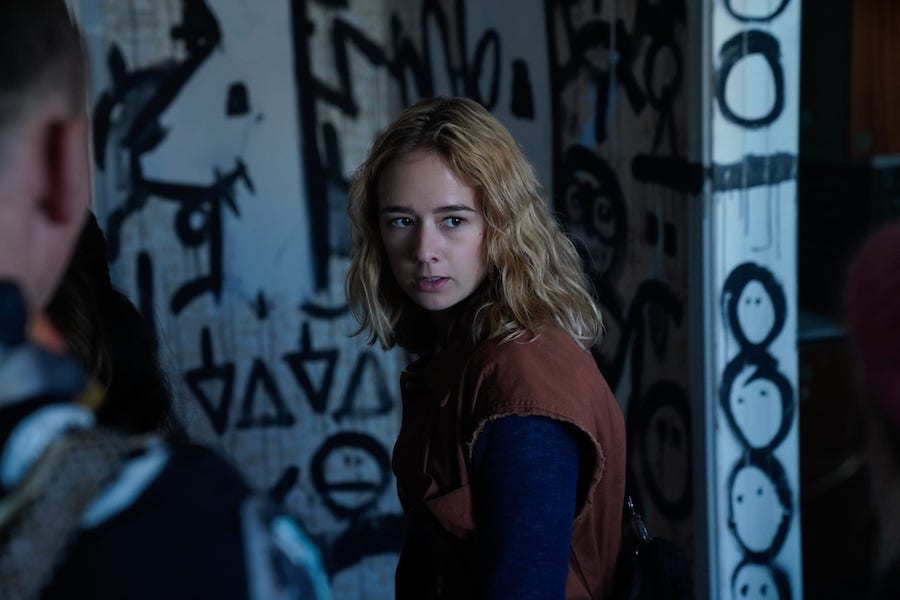 Netflix’s ‘The Rain’ is set in a post-apocalyptic world where a deadly virus wipes out the population of Denmark. The survivors are quarantined inside a zone, where they have to try to find a cure while escaping the clutches of the evil organization called Apollon, which is responsible for creating the virus in the first place. In its final season, the show resolves all of its mysteries, leaving us with an emotional ending. If you haven’t seen the show yet, head over to Netflix. SPOILERS AHEAD

Picking up events three months after the Season 2 finale, ‘The Rain’ creates a new conflict between Simone and Rasmus. Simone, Martin, Kira, Fie, Patrick, and Jean, leave Sarah behind, believing she is dead. They head towards the wall, so that Simone and Fie, who don’t have the nanoparticles in their body, can go out and get help for them. Meanwhile, Rasmus works with Apollon to find a way to spread the virus into humans without killing them.

The Ending: Is Rasmus Dead? 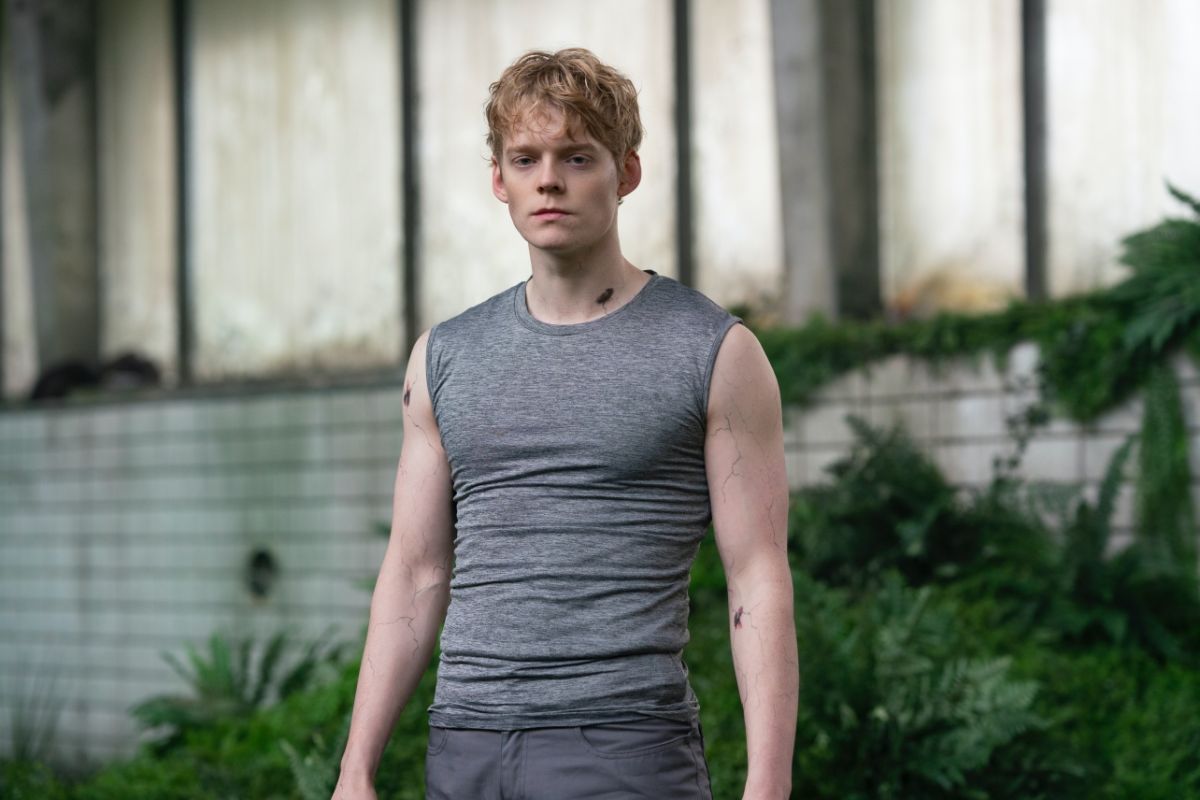 After bearing with each other through thick and thin, Simone and Rasmus part ways when their ideologies turn out to be completely different. After spending three months in Apollon, Rasmus is manipulated by Sten to believe that the virus can save the world by curing people of mortality and sickness. Rasmus wants to create such a world, where the virus is not the enemy anymore. A world where people don’t have to be scared of him because he is different. But in all of this, he wants his sister to be by his side, the one person that he actually cares about.

When Simone discovers what her brother wants to do, she is repelled by him. All this time, she wanted to get the virus out of him, but she knows now that the virus and Rasmus are one and the same, and the only way to save the world is to kill her brother. Eventually, Rasmus accepts the fact that no matter how hard he tries, his sister is not going to support him in creating a new world. After Martin’s death, he is convinced that she will not stop until he is dead too, which is why he needs to kill her.

Finally, the siblings face off against each other, and for a while, it looks like Simone is going to lose this fight. But then, Rasmus’s attention goes to the plant, and Simone tells him that the plant feeds on the virus, and in turn, heals everything else. It is then that Rasmus realizes that this is the way that he can save the world and do some good- the only thing he had wanted to do all along. Because he is the purest and the strongest form of the virus, he allows the plant to feed on himself. Sarah, too, joins him in this, and the plant absorbs all of the virus inside their bodies.

At the end of the process, there is an energy explosion that kills the other infected ones and kills all the virus in their vicinity. Simone discovers that both Rasmus and Sarah are dead. It looks like the plant has received enough virus to spread its effect to the entire quarantine zone. We also see some branches around their bodies, and it seems like the plant is still feeding on Rasmus and Sarah. They have become a part of it, and in doing so, have cured the world.

What happens to the world now? 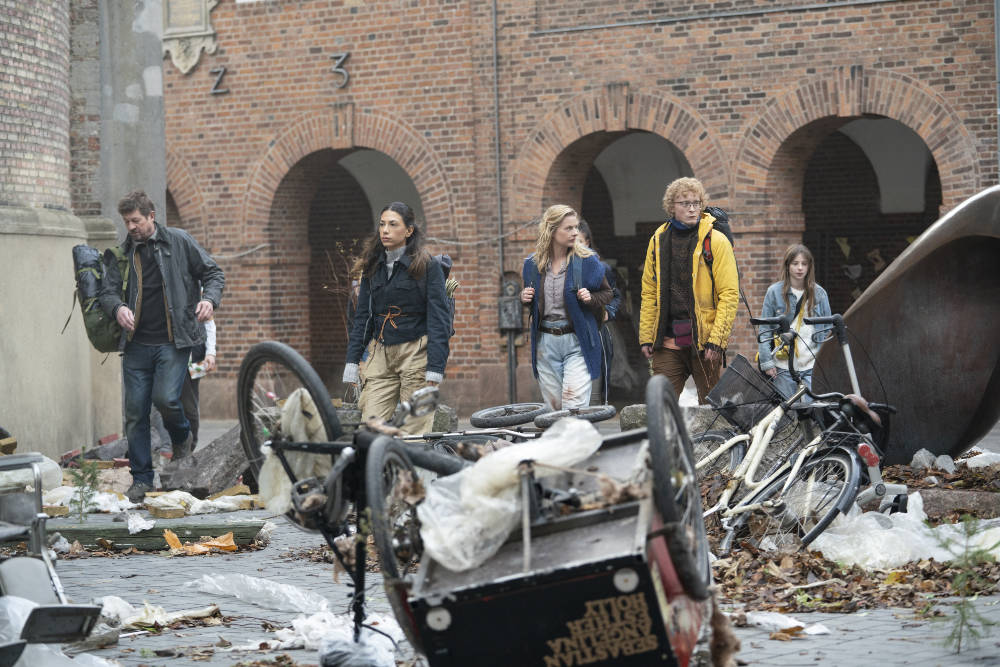 In the final scene, we find Simone and the other survivors venturing back into the world where all the virus has receded. Nature has found its footing again, and it looks like the effect of the plant has extended to miles beyond its original reach. Does this mean that the cure has also spread out into the world beyond the wall? The show stays ambiguous about it.

From the first season itself, ‘The Rain’ had operated in the set of well-defined boundaries. First, it was the bunker, then the forest, and then the quarantine zone. No matter what, the characters were forced to stay within this territory. All their problems were confined in it, so when it comes to providing the solution, the show stays in its well-defined lane. We know that the zone is safe enough for the survivors to live freely there, but the same can’t be said for the rest of the world. At the beginning of the third season, it is revealed that the world beyond the wall isn’t faring any better either. The group had believed that the wall was erected to keep the virus inside, which means that escaping from the zone would save them from the virus.

However, when Simone goes out, she realizes that the virus found its way out and has spread further. It might have taken some time for it to evolve enough in the way that it could increase its reach. Considering the same, perhaps, the cure could take its time to expand its reach outside the wall. But that is not the guarantee of it. The hope in this situation lies in the fact that once the scientists outside discover that the cure is in the quarantine zone, they will most certainly seek out the group and find out everything about it. And so, they will save the world.

As for Rasmus, because his essence was absorbed into the plant, he has become a part of the cure. So when the plant expunges the world of the virus and all that it has affected, it would be because of Rasmus. In sacrificing himself, he did exactly what he always wanted to do. He has saved the world.