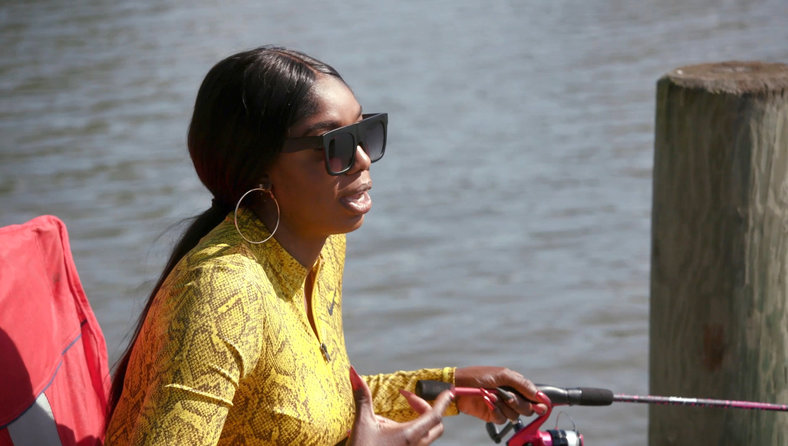 This week, the ladies in ‘The Real Housewives of Potomac’ host a pageant to spend their time at Monique’s lake house. Wendy and Ashley reconcile while Candiace gets a text about one of the women’s husbands. She is confused if she should reveal the news before the others. So what happened in episode 6? And what can be expected in the next episode? Read on!

‘The Real Housewives of Potomac’ season 5 episode 7 will release on September 13, 2020, at 9 pm ET/ 8 pm CT, on Bravo. The show will release new episodes every Sunday at the same time slot.

The upcoming episode is called ‘Fireball and Firepits’ and its official synopsis goes as follows: “Karen reveals intimate details about her relationship with Ray leaving the ladies concerned about the state of her marriage. The husbands join their wives at the lake house. Candiace tells Ashley about Michael’s alleged escapades. Meanwhile, things come to a screeching halt when Michael’s alleged indiscretion takes center stage.” You can also watch its preview here.

Where to Stream The Real Housewives of Potomac Season 5 Episode 7 Online?

In episode 6, the housewives are seen having a leisurely time in Monique’s remote lake house. They face some issues with cell service and Gizelle decides to host a pageant party to deal with the boredom. In the contest, Candiace emerges as the winner. Wendy and Ashley get into a screaming match about their differences in opinions regarding parenting. Later, Wendy apologizes to Ashley during their fishing trip the next day. Gizelle tells Wendy: “You and Ashley have no previous problems, so in my mind, I’m feeling like your anger should have been directed at Karen.”

In another scene, Candiace receives a text from her friend about Michael, Ashley’s husband. Apparently, Michael was seen in a strip club the night before. She rushes out of the room and heads straight to the guest house, asking Gizelle to come outside. She tells the details to Gizelle and seeks advice on what to do. Gizelle suggests that they should confront Ashley during dinner.