Who is the Richest Cast Member of The Real Housewives of Potomac? 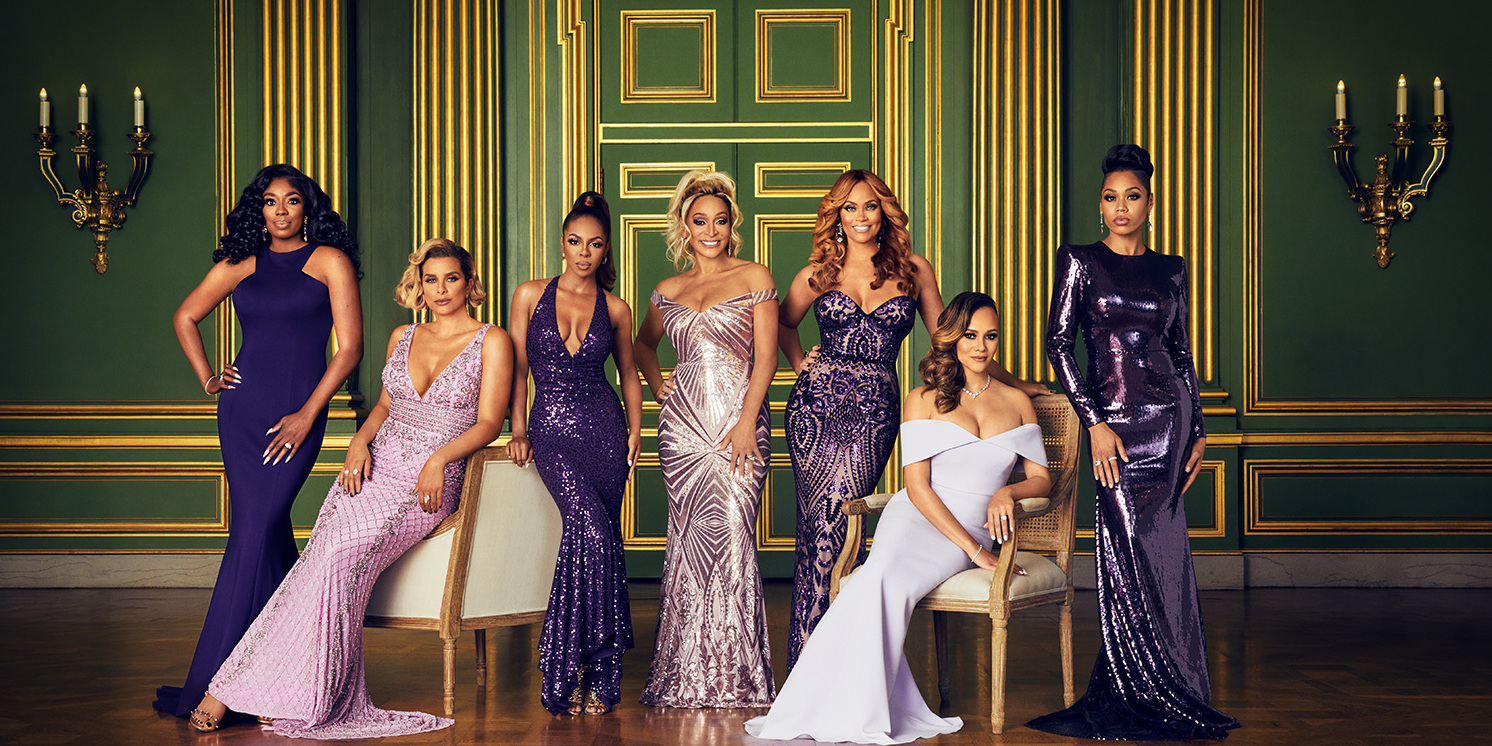 ‘The eighth installment of Bravo’s reality juggernaut, ‘The Real Housewives’ franchise, ‘The Real Housewives of Potomac’ documents the shenanigans that transpire in the personal and professional lives of a group of African-American socialites in Potomac, Maryland. Since its premiere in 2016, the show’s cast members have been keeping the fans of the franchise hooked by producing archetypical ‘Housewives’ content, comprising fights, wild parties, affairs, gossips, secrets, and breakdowns. With these women living their extravagant lifestyles and showing off their money, you must have wondered how rich they really are. Well, we are here to tell you exactly how each cast member earned their money and who the richest housewife of Potomac actually is.

Wendy Osefo made her ‘RHOP’ debut in the fifth season. The Nigerian-American beauty with brains is the first black woman to earn a Ph.D. in Public Affairs/Community Development from Rutgers University. The political commentator is a regular contributor to The Hill website and has also appeared on CNN, ABC, Fox News, BBC, to share her progressive political insights. Wendy is the founder and CEO of the 1954 Equity Project, LLC, that works to aid minorities in obtaining higher education. She is also a professor at Johns Hopkins University School of Education. As of 2020, Wendy Osefo’s net worth is $1.5 million.

Robyn is a main cast member since the show’s inception. The business marketing graduate utilized her skills and expertise to fuel her endeavors ranging from a real estate investment business to an event management venture. Robyn also runs a fashion accessory line called Embellished. She reportedly serves as a publicist in a Washington-based PR firm. Robyn is happily committed to her ex-husband, former pro-footballer, Juan Dixon. Robyn Dixon’s estimated net worth is $3 million.

Since 2012, Monique has been married to former American college and pro-football player, Chris Samuels, who is worth $17 million. She made her ‘RHOP’ debut in the second season, in 2017. Apart from being a Housewife on ‘RHOP,’ Monique manages her husband’s real estate investments and The Chris Samuels Foundation that the two formed together. Monique also runs a successful blog and podcast for mothers called ‘Not for Lazy Moms.’ Monique Samuels stands shoulder to shoulder with fellow cast member Gizelle Bryant with an estimated net worth of $4 million.

Gizelle Bryant was married to Pastor Jamal Bryant for nine years until they divorced in 2009 after Jamal cheated on her. Gizelle has since allotted all her focus into building her empire, and she’s doing pretty great financially. Gizelle grew up in a family of philanthropists, therefore, she regularly contributes to charitable causes. Before foraying into reality TV, Gizelle was a professional model and an event planner. In 2016, the reality star launched a makeup line called EveryHue Beauty that makes products for enhancing the beauty of colored women. If we accumulate all her wealth, including the amount she earns from appearing on ‘RHOP,’ Gizelle Bryant’s estimated net worth, as of 2020, amounts to $4 million. 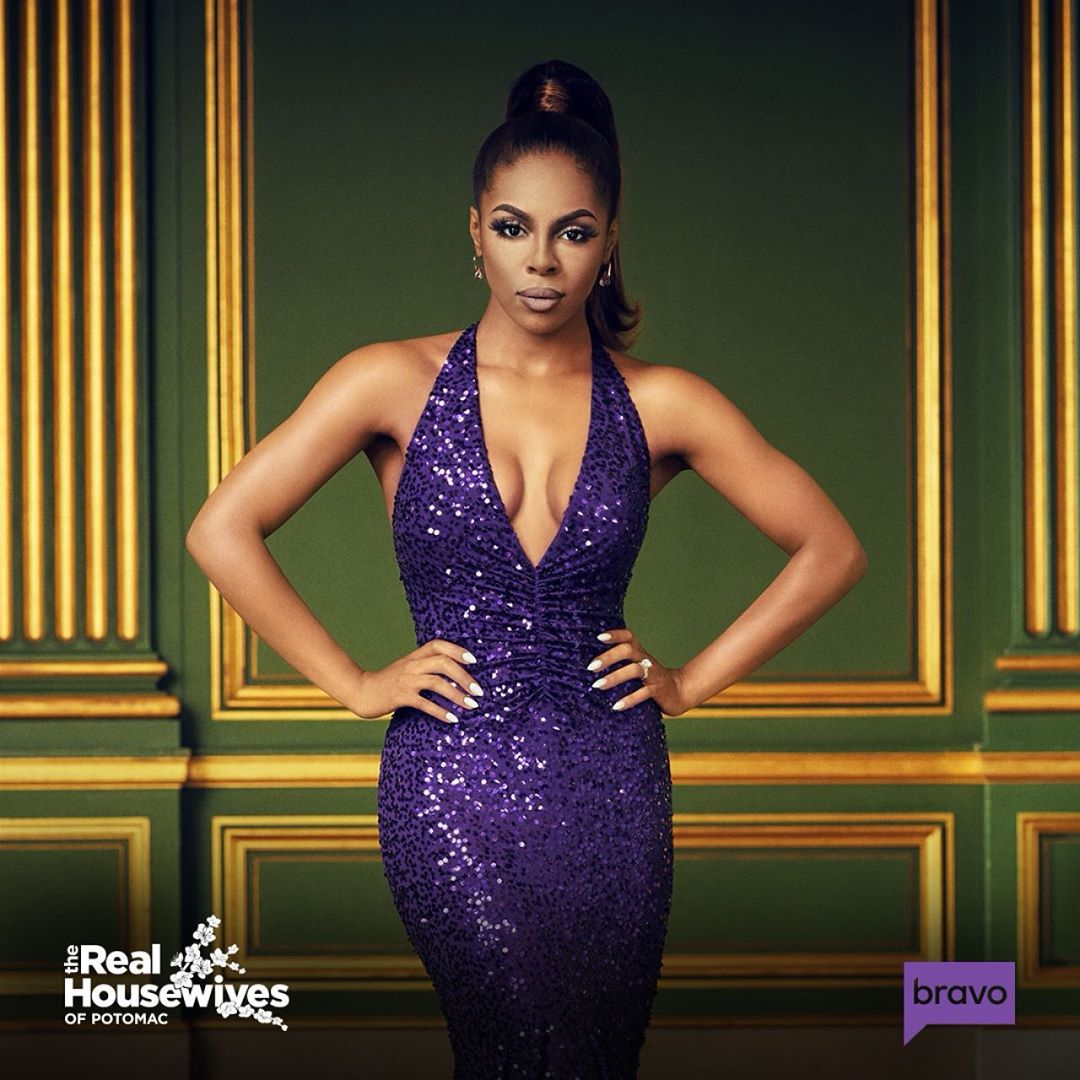 In 2018, Candiace Dillard joined the show as a regular cast member in the third season. The former Miss United States has worked at White House Office of Public Engagement and Intergovernmental Affairs under ex-President Barack Obama’s administration. She went on to serve as a staffer for Obama’s re-election campaign in 2012. The reality star is the founder/co-founder of multiple ventures like Candiace Dillard Pageant Consulting, Prima Hair Collection by Candiace Dillard, and Chateau Salon Suites. She also runs a pageant consulting agency. Taking the aforementioned things into account, Candiace Dillard’s estimated net worth comes close to $4.5 million.

In 2011, Ashley took home the crown of Miss District of Columbia Pageant. While growing up, she worked as a bartender, and that is how Ashley met her husband, a real estate millionaire, Michael Darby, whose empire is worth $20 million. She helps her husband in managing his multiple restaurants. The couple’s Australian-themed restaurant OZ was permanently closed in June 2019. However, that didn’t have a significant impact on Ashley Darby’s net worth, which is estimated to be $5 million.

Yes, Karen Huger is the wealthiest Potomac Housewife. One of the original cast members, Karen Huger is a diva and she loves to flaunt her money. She likes to be referred to as the “wife of the black Bill Gates.” Before you scoff at that, let us tell you that Karen’s husband Raymond Huger has an estimated net worth of $40 million. Of course, that adds to her financial standing in the market. But don’t you underestimate the Grand Dame of Potomac for she runs a successful fashion and beauty company called Ikon Enterprises, and also has her perfume line, that goes by the name, La’ Dame. Considering all of her ventures, Karen’s net worth comes around $10 million, despite suffering a financial hurdle in 2017.