The Righteous Gemstones Season 2 Episodes 1 and 2 Recap and Ending, Explained 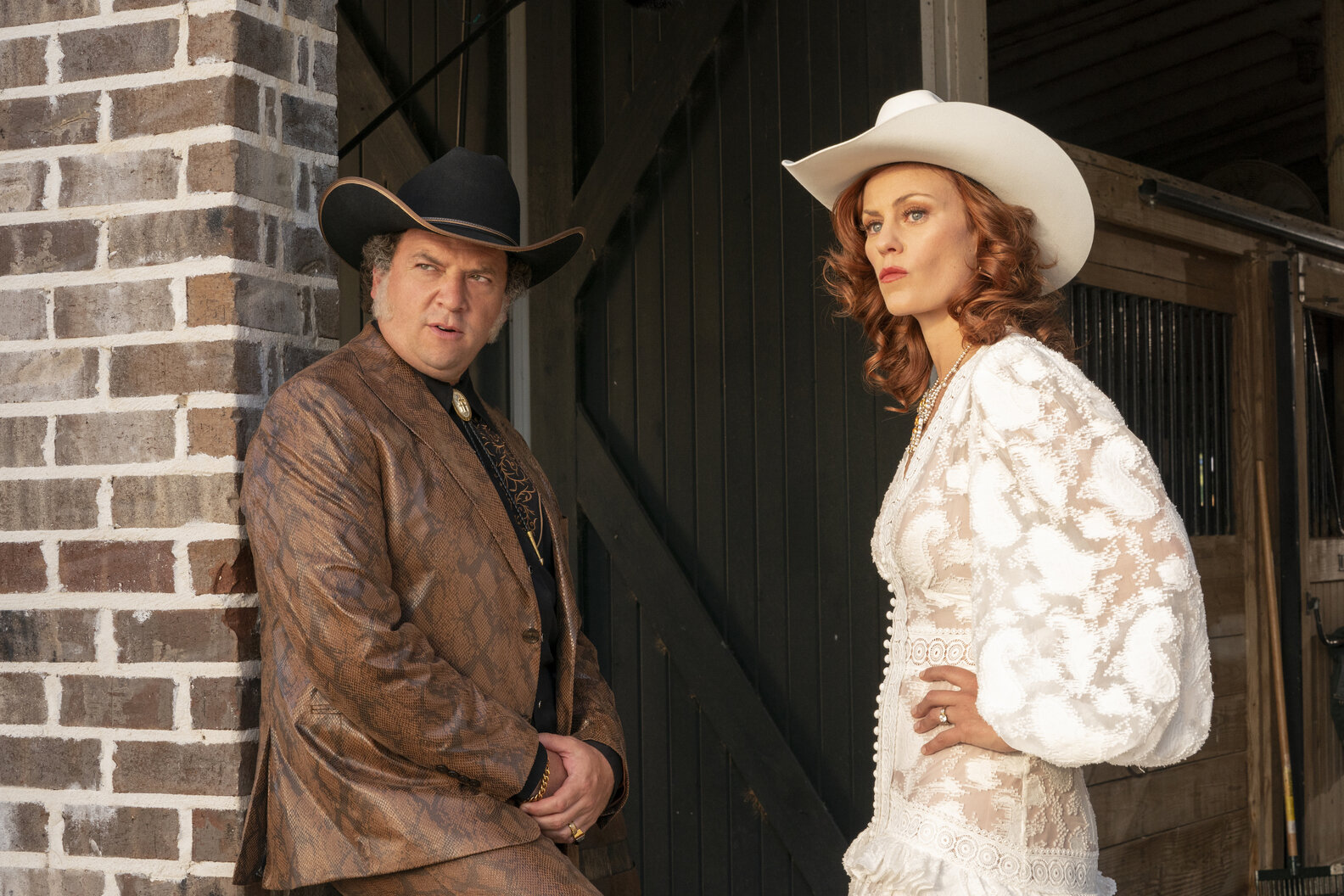 After the first season of ‘The Righteous Gemstones,’ things are less than perfect for the eponymous family. They recover the money from Baby Billy (Walton Goggins), who survives being struck by lightning and later becomes a tent evangelist along with Tiffany. Eli (John Goodman) makes Rev. Seasons (Dermot Mulroney) the pastor at the Locust Grove branch of the Gemstone Ministries. Judy (Edi Patterson) and BJ (Tim Baltz) reunite, while Kelvin (Adam DeVine) gets Keefe back from the latter’s Satanist friends. After Amber (Cassidy Freeman) seemingly ends their marriage, Jesse (Danny McBride) goes to Tahiti and joins Gideon (Skyler Gisondo) in missionary work.

At the start of season 2, ‘The Righteous Gemstones’ seems to have returned to its default state. Amber and Jesse are back together, and the latter has once more become actively involved in the church. Kelvin (Adam DeVine) has shifted his focus to preaching fitness enthusiasts and has this coterie of muscle-bound devotees that follow him around everywhere. Judy and BJ got married at Disneyworld, and it has given her siblings more fodder to ridicule her. She is also now more actively involved in the church as the lead performer. Here is everything you need to know about the first two episodes of season 2 of ‘The Righteous Gemstones’ and its ending. SPOILERS AHEAD.

The season 2 premiere, titled ‘I Speak in the Tongues of Men and Angels,’ begins with a flashback scene. In Memphis, Tennessee, in 1968, Eli used to work as a young pro-wrestler under the ring name the Maniac Kid. He grew close to the Promoter and his son, Junior, and did odd jobs for them, including bursting into people’s homes and breaking their fingers for not repaying loans.

In the present, the Gemstones are set to launch a 24/7 Christian streaming app called GODD. Rev Butterfield, the pastor of one of the churches that are to be prominently featured on the platform, and his wife have become the subject of a New York Times article, in which the writer, Thaniel Block (Jason Schwartzman), detailed the couple’s sexual liaison with another woman. When Eli decides to remove him from the app, Butterfield tries to commit suicide by jumping off from the first-floor balcony but only ends up breaking both his legs.

As always, the Gemstone siblings constantly bicker and try to one-up each other. As the first-born, Jesse thinks that he will inherit the church from his father and tells his siblings to kiss his ring (both literal and figurative) to show their loyalty. He and Amber meet up with Lyle (Eric André) and Lindy (Jessica Lowe) Lissons, a husband-wife duo that runs a prolific megachurch in Texas. The Lissons ask Jesse and Amber to become their partners in the ambitious Zion’s Landing project, a Christian timeshare resort that Lyle and Lindy want to build on the beaches of Florida. Although Jesse and Amber firmly assert that they are the future of the Gemstone Ministries, they still need Eli’s permission to attach the church’s name to anything.

Eli initially declines but becomes exasperated by Jesse’s constant pushbacks and tells him to do whatever he wants. Past comes to visit Eli in the shape of Junior (Eric Roberts), and goaded by the latter, the former breaks a man’s fingers, just like he did all those years ago.

In episode 2, titled ‘After I Leave, Savage Wolves Will Come,’ Jesse and Amber visit the Lissons’ ranch, where they meet Joe Jonas and learn that they have to invest $10 million in Zion’s Landing. Predictably, they don’t have the money, with their house, cars, and lands being the church’s property. Thaniel visits Eli and tells him that his next article will be on his late wife, Aimee-Leigh. The siblings learn about it and decide to visit Thaniel to have a talk with him.

The Righteous Gemstones Season 2 Episodes 1 and 2 Ending: Is Thaniel Dead?

Yes, Thaniel is dead. When the Gemstone siblings visit the cabin he is staying in, they find him lying in what looks like a pool of his own blood. Earlier in the episode, during the church lunch, Eli tells his children about Thaniel and how the journalist has set his crosshair on their family this time.

The responses of Jesse, Judy, and Kelvin are very typical of their characters. Jesse wants to take a few of his friends and go beat up Thaniel. Judy, neurotic as ever, declares that she will seduce the journalist with her husband sitting right beside her. However, Eli announces that they will do nothing. Kelvin is, as always, the most level-headed and tells his father that doing nothing is a bad idea in the age of social media. Meanwhile, Junior wants himself and Eli to go and roughen up Thaniel.

Even though Eli reasserts that they will not seek to engage Thaniel, his children get together and decide that it’s in the church’s best interest to go and have a polite conversation with Thaniel so that they can show him that they are good people. But when they get there, they find that the cabin’s main door is open, and the TV is on. Kelvin has no desire to enter someone’s home without their permission, so he waits outside. His siblings go in and find Thaniel. There is a bullet hole in his head.

Outside, Kelvin finds a burned body by a car and another up on a tree. Terrified, he rushes inside the cabin and rams into Jesse and Judy, prompting them all to fall in the blood. As they try to drive away, someone comes with a flashlight. Upon returning to the Gemstone property, they go straight to Eli’s home and clean themselves in his fountain. This is when Eli returns with Martin, and his children realize that he has bloodstains on his trousers. Although Eli claims that the blood is from a deer, the implication here is that Eli killed Thaniel with Martin’s help.