The Rising of the Shield Hero Season 2 Episode 1 Recap and Ending, Explained

The Rising of the Shield Hero Season 2 Episode 1 Recap

After fighting off a series of demonic invasions, Naofumi is given the dominion of Lurolana village, Raphtalia’s hometown. The shield hero soon finds allies and puts the preparation for the upcoming Wave in full swing. Meanwhile, Rishia is training hard so that Itsuki’s party will eventually accept her, but her fighting prowess is still questionable, and it’s evident that she has a long way to go. While Naofumi is just having a casual conversation with her, the people of the village are suddenly attacked by bat familiars. Raphtalia and Filo take matters into their own hands and, within a few moments, manage to take down the enemies. 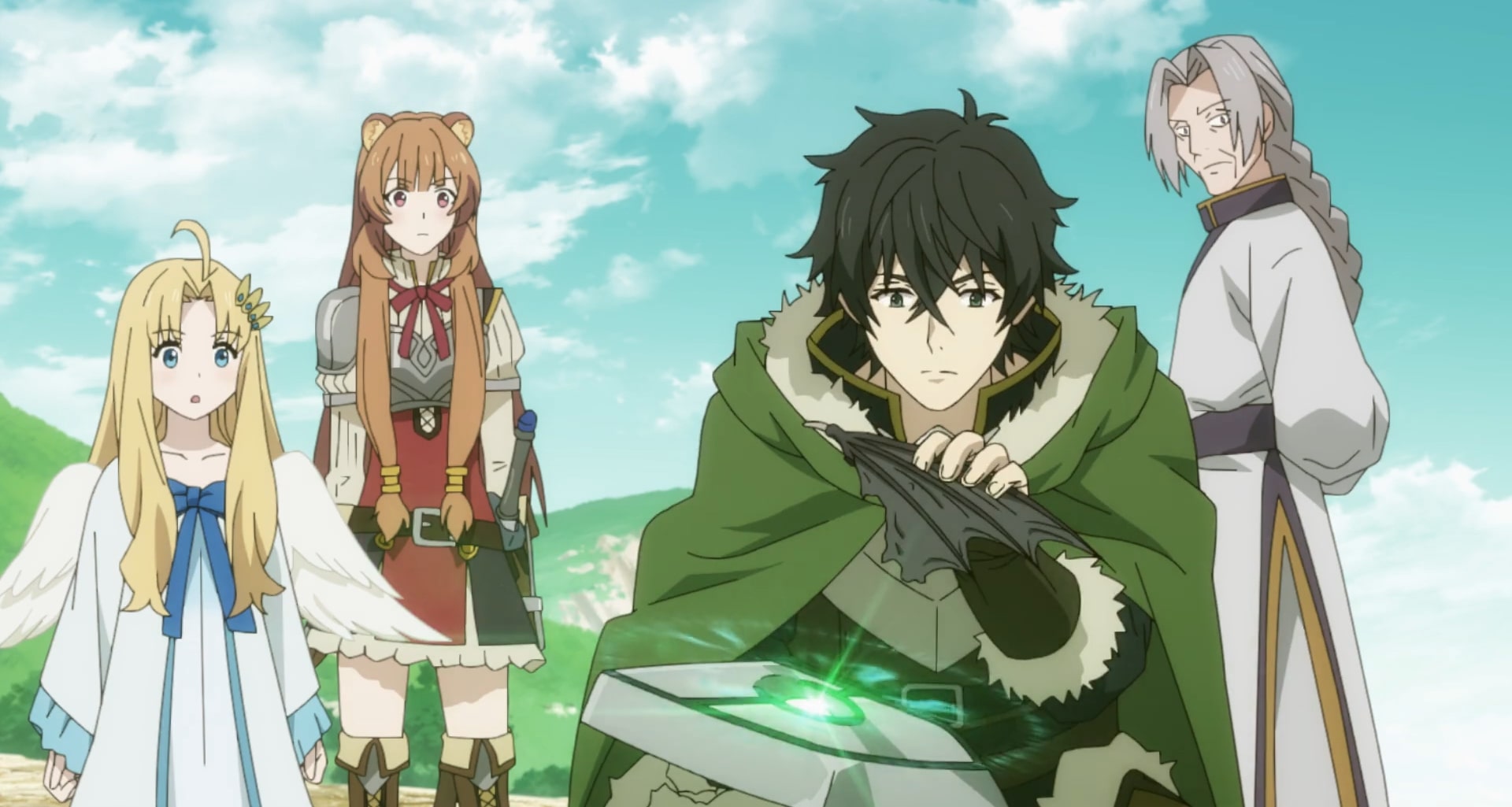 However, for some strange reason, the countdown for the Waves stops just after the arrival of these strange creatures. Naofumi cannot make sense of the two incidents but naturally realizes that there is some connection, and he needs to get to the bottom of things. However, before he could begin his investigation, he was summoned by Queen Mirelia. Naofumi later learns that all the other Cardinal Heroes have also been called for the urgent meeting by the Queen, who has a piece of terrifying news for them.

Mirelia reveals that the legendary monster Spirit Tortoise has finally awakened in the Spirit Tortoise Kingdom. It is common knowledge that it brings untold calamity to the world every few centuries. Even the monsters that attacked the Lurolana village earlier were also a result of Tortoise’s revival. Unfortunately, before Queen Mirelia can explain anything further, Itsuki, Ren, and Motoyasu argue that they have other important meetings to attend and leave immediately. Once they leave, she tells Naofumi that the legendary monster has already crushed several dominions in the Spirit Tortoise Kingdom, and it’s only a matter of time before it reaches Melromarc. 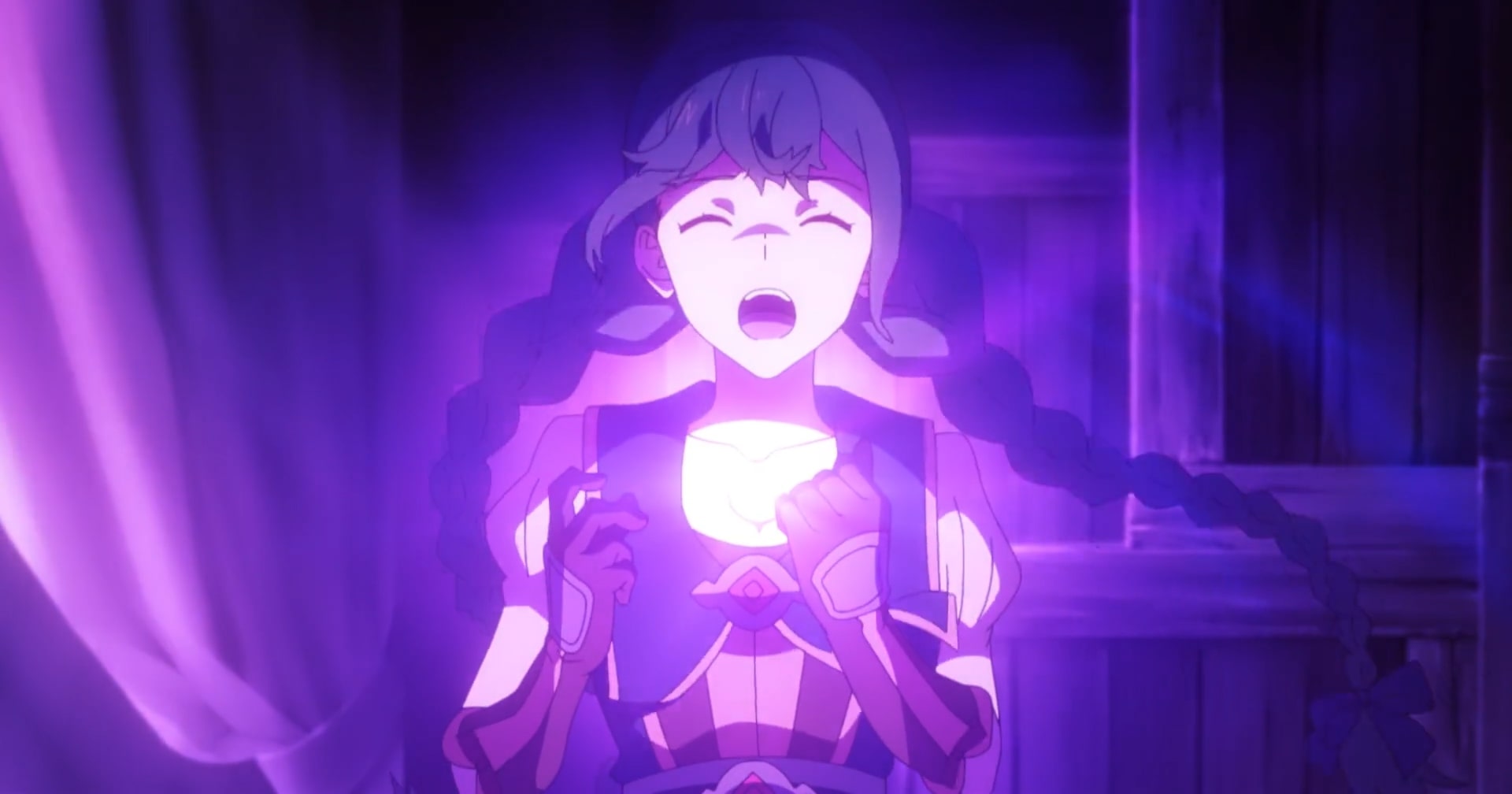 Realizing the urgency of the situation, Naofumi immediately springs into action. Meanwhile, Raphtalia, who has seen Rishia’s desperation to become stronger and join Itsuki’s party, suggests she become a slave of the shield hero, which will grant her some special abilities. When Naofumi learns about this, he asks Raphtalia to let Rishia make the final call. Upon listening to him, Rishia immediately agrees to become Naofumi’s slave and gains an EXP boost in the process. The party of the shield hero then heads to the Spirit Tortoise Kingdom.

The Rising of the Shield Hero Season 2 Episode 1 Ending: Are Itsuki, Ren, and Motoyasu Dead or Alive?

On their way to the Spirit Tortoise Kingdom, Naofumi and his allies come across the refugees fleeing the indiscriminate violence that has been unleashed in the region. While crossing one group of the massive hordes of people, they hear about Itsuki, Ren, and Motoyasu — the three Cardinal heroes — losing their lives in combat. As soon as Rishia learns about this, she just jumps out of the moving wagon and starts weeping for Itsuki, whom she has desperately wanted to join for quite some time now.

Noticing her highly sensitive state, Naofumi realizes that he needs to get concrete information about the same so that he can handle the situation in the best way possible. Therefore, he contacts Fitoria through Filo, who tells his party that the three Cardinal heroes are alive and the news of their death is just rumors. When Rishia learns about it, she finally relaxes a little, and Naofumi encourages her by openly admitting that losing Itsuki, Ren, and Motoyasu will put him in a vulnerable state as well since Fitoria has warned him that she will kill all heroes if they don’t work together.

What Does Naofumi’s Party Find Upon their Arrival in the Spirit Tortoise Kingdom?

The situation has hardly normalized when the refugees and Naofumi’s party are again attacked by a massive horde of bat familiars which they had previously encountered in Lurolana village. As if this is not bad enough, they soon find another group of strange monsters approaching them from the ground. Naofumi gives Rishia the responsibility of guiding the refugees to a safer place while he, along with Filo and Raphtalia, begins to fight back. 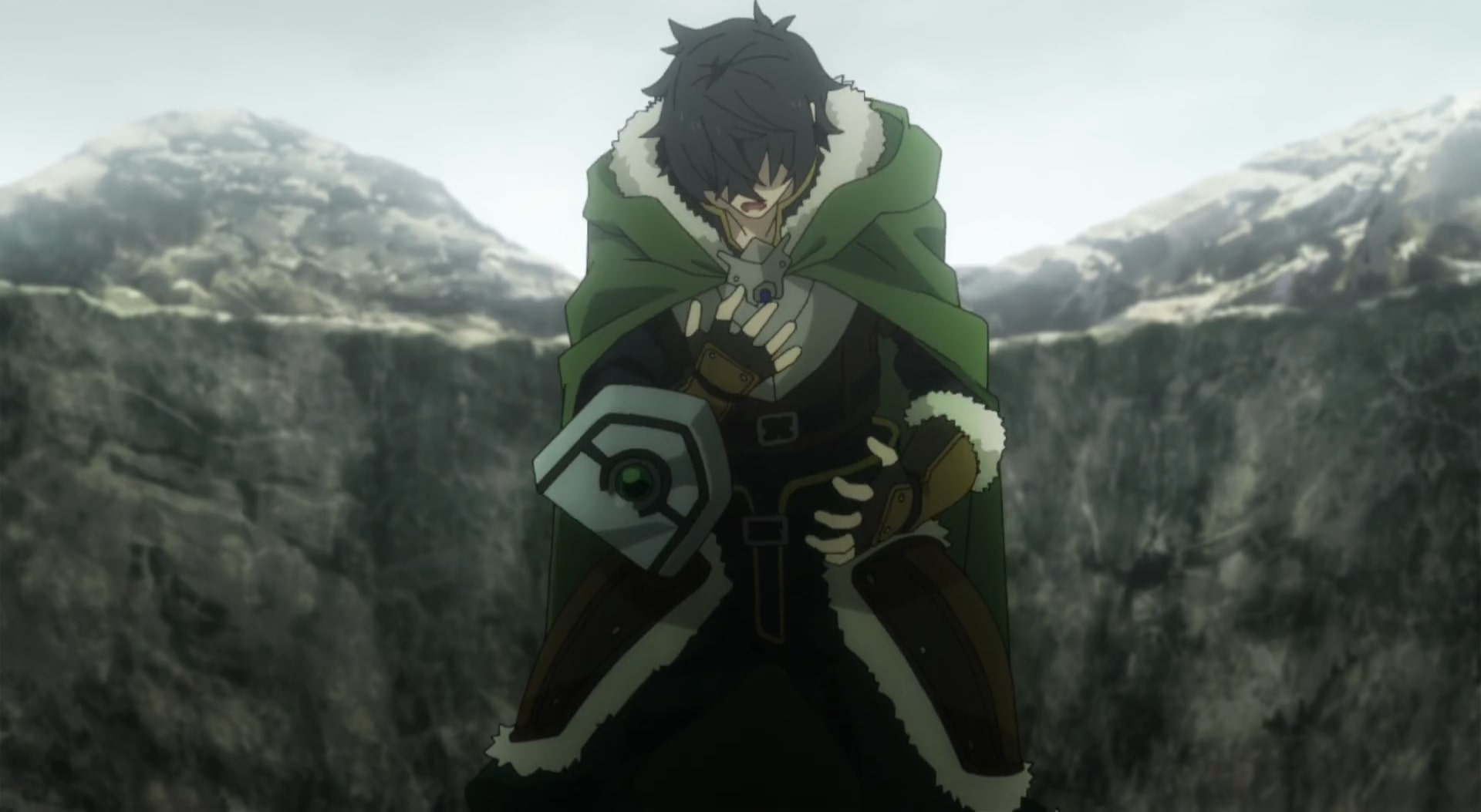 However, it soon becomes evident that they will lose the fight in the long run if they don’t resort to some desperate measures. Therefore, Naofumi uses the Wrath Shield and manages to turn the tables within a few moments. As the shield hero emerges victorious yet again, he is approached by a mysterious hooded woman who asks him to kill her for some inexplicable reason.