The Rising of the Shield Hero Season 2 Episode 2 Recap and Ending, Explained 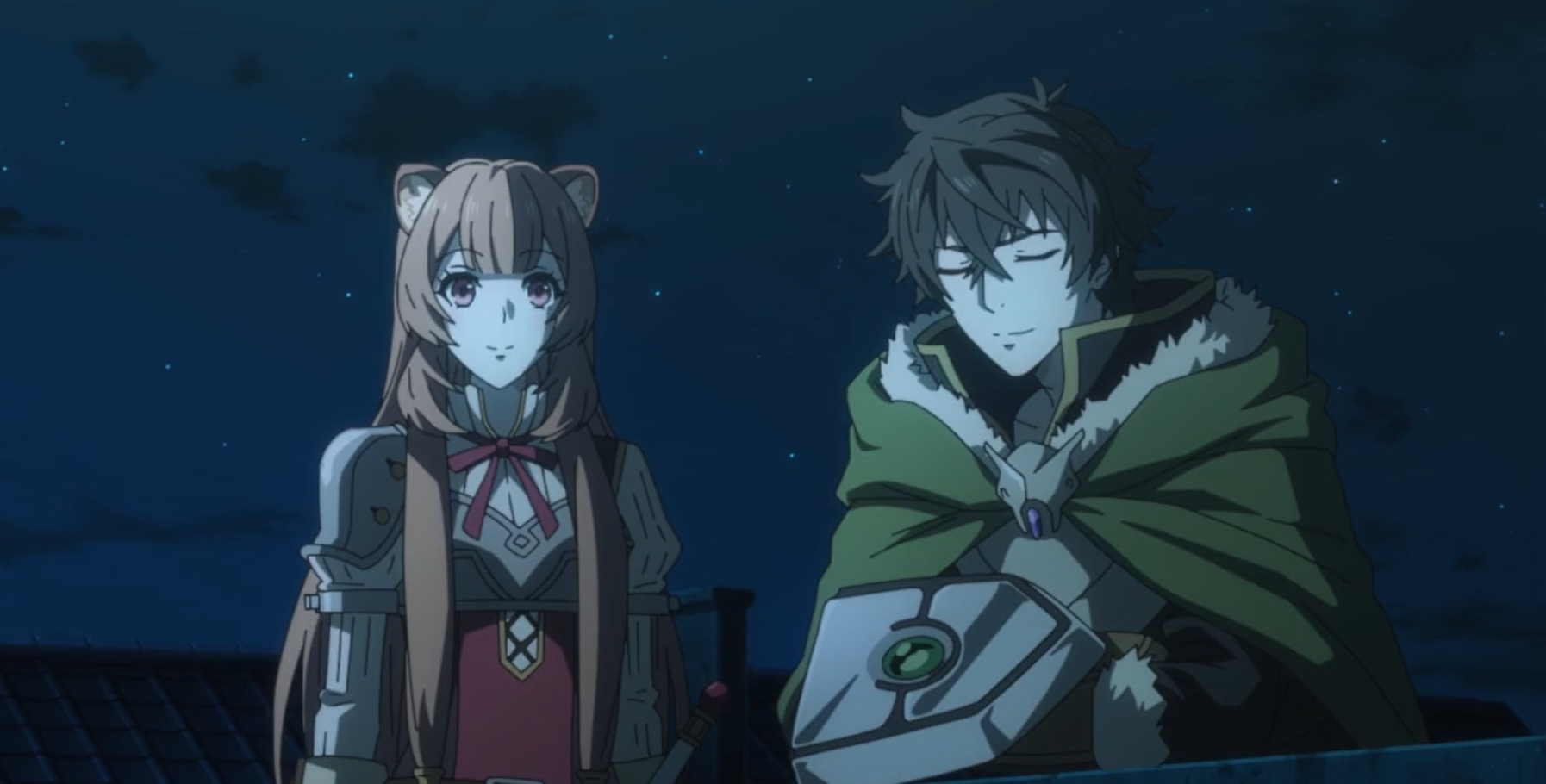 In ‘The Rising of the Shield Hero‘ season 2 episode 2 titled ‘Footprints of the Spirit Tortoise,’ the sacred military council of allied forces is held to discuss the possibilities of stopping the Spirit Tortoise, who can soon destroy more cities and kill countless innocent people in his way. The mysterious hooded woman who previously asked the shield hero to kill her suddenly appears while the deliberations are going on and reveals something shocking. Here’s everything you need to know about the ending of ‘The Rising of the Shield Hero’ season 2 episode 2. SPOILERS AHEAD!

The Rising of the Shield Hero Season 2 Episode 2 Recap

After fighting off the massive hordes of bat familiars and their allies, Naofumi is approached by Filo and Raphtalia, who are worried about his well-being. That’s when a mysterious woman appears and asks him if he is the shield hero. When Naofumi replies in the affirmative, she disappears just after asking to be killed, leaving the hero dumbfounded. Soon, a sacred military council is held in which the allied forces discuss the recent violence and destruction unleashed in the wake of the Spirit Tortoise’s sudden awakening. 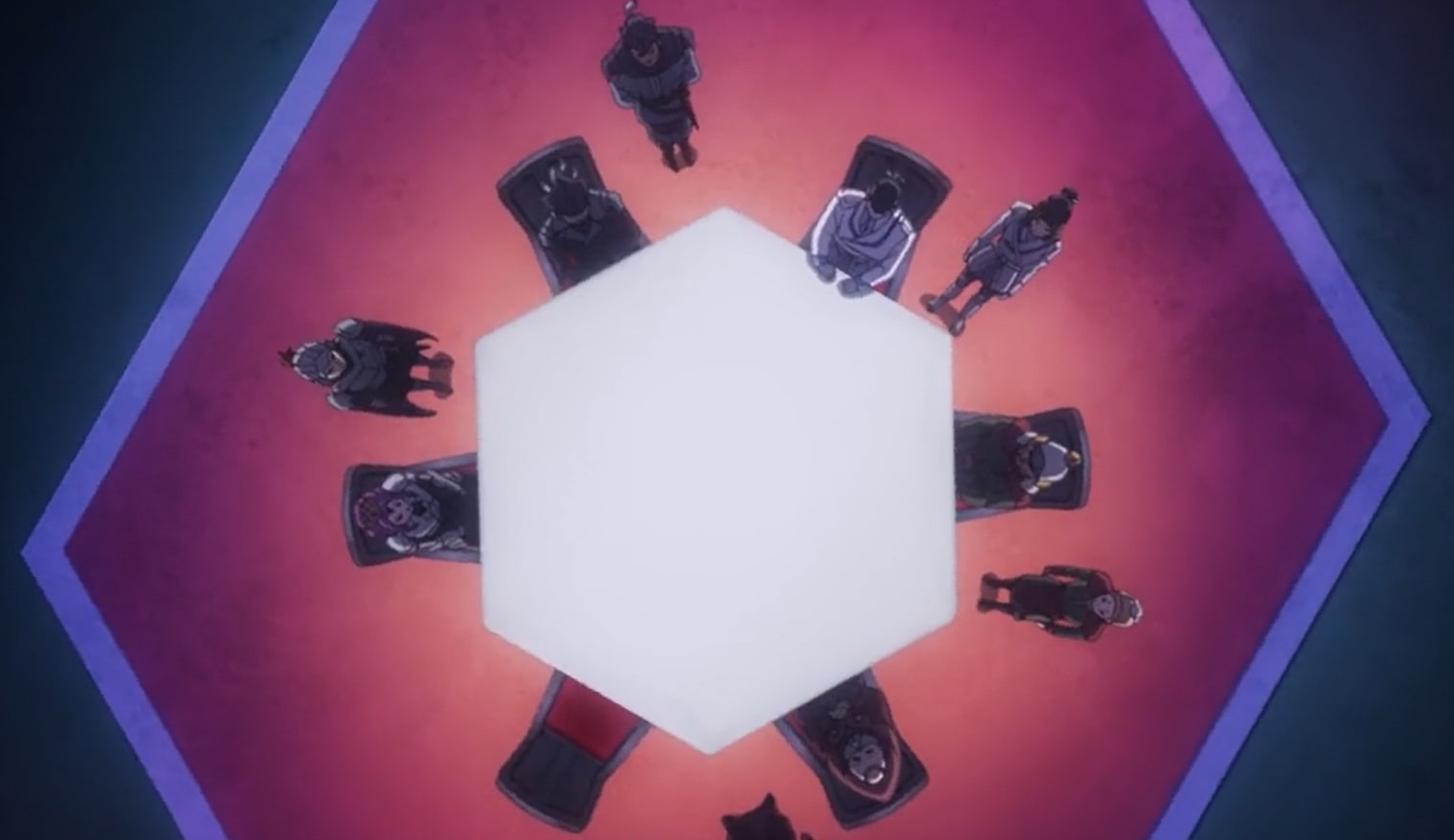 According to the reports, the legendary monster has destroyed the capital and has gone into a period of napping. If the centuries-old legends are to be believed, he will most likely be in this state for two-three days. After that, the allied forces estimate that the Spirit Tortoise will head towards Rohiloth, a densely populated city in the region. Naofumi urges the present leaders to come up with some countermeasures as they have more than enough time.

While most of them claim that the combined forces will be more than enough to stop the ongoing menace, one of the military commanders argues that they will need the shield hero as defeating the legendary monster won’t be easy. Naofumi is asked about the Seven Star Heroes, but he is completely clueless about their existence. Queen Mirelia informs him that there are other heroes who have been summoned from different worlds; although they are not as strong as the Cardinal Heroes, they can still be instrumental in the final battle.

The discussions come to an unexpected halt when the mysterious hooded woman who previously disappeared barges into the meeting and reveals her identity. It turns out that she is the King’s regent, Ost Horai, and even Mirelia knows her. However, she goes on to explain that she is actually a Spirit Tortoise’s familiar, just like the ones Naofumi fought earlier.

In her human form, she infiltrated the government to influence political decisions that led to conflicts which in turn allowed the legendary monster to collect souls, which he planned to use to stop the catastrophic waves. If this course of action fails, Spirit Tortoise usually tramples densely populated towns to collect as many souls as possible to accomplish his mission. But this time, someone has managed to break the Tortoise seal and is controlling the legendary monster to cause as much destruction as possible. Ost Horai implores the shield hero to destroy her own creator and offers to help him find the culprit who is truly responsible for all the chaos.

The Rising of the Shield Hero Season 2 Episode 2 Ending: How Does Naofumi Plan to Stop the Spirit Tortoise?

After the military deliberations end on a negative note with Naofumi storming off from the room, he is encouraged by Raphtalia to find common ground with others so that the Spirit Tortoise can be stopped without any further civilian casualties. The following day, the shield hero explains his plan to the rest of the leaders. Since they know that the abundance of human souls attracts the legendary monster, he plans to lure him using the military forces on neutral ground.

Haikazaya army’s dragon rider battalion volunteers to act as the decoy. Naofumi feels that they would be the right fit for the job and then proceeds to explain the next stage of the plan. He argues that to win against him, it is essential that they somehow make the Spirit Tortoise standstill for some time. Before he could give anyone this responsibility, the Rohiloth army volunteers to use siege weapons on the perimeter, which can then be used for a surprise attack.

Then Noafumi asks the Medius army’s mage battalion to demolish a nearby old fortress just when the legendary monster is at the right place for impact. To make the attack even more devastating, the shield hero also plans to plant explosives in the mountains. He believes that the combined effects will be enough to stop the Spirit Tortoise, after which he can be decapitated. However, Naofumi is yet to figure out how he intends to accomplish the last stage of the plan.