Where is The Sandlot Filmed? 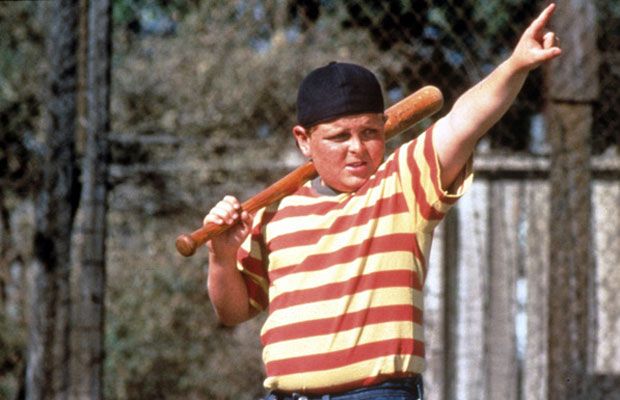 One of the genres that offer endless potential for entertainment is sports drama. The inclusion of a sports competition in the very premise of the movie naturally heightens conflicts and proves to be a rather engaging manner to bring out other themes that might not be related to sports. In fact, there have been several sports movies that are not just about a character aiming for greatness in a particular field, or looking to win a tournament. ‘The Sandlot’ is a 1993 sports comedy that is more comedy than sports.

The comedy of ‘The Sandlot’ is raunchy, in-your-face, and almost slapstick. The fact that it is a kids’ movie means that ‘The Sandlot’ pushes a few boundaries. To begin with, the movie is set in 1962. It revolves around a geeky kid named Scotty Smalls. He moves to the San Fernando Valley and finds it tough to make friends there. However, he eventually gets taken in by the captain of a young baseball team. Along with the other, rather rowdy members of the team, Smalls ends up having memorable adventures and the time of his life.

‘The Sandlot’ invokes some fond memories from viewers today, who remember watching it as a kid. This has led to it becoming a cult movie.  The character of Smalls is essayed by Tom Guiry while some of the other cast members include Mike Vitar, Patrick Lenna, and Chauncey Leopardi.

‘The Sandlot’ is actually filmed in the state of Utah. Scenes set in the protagonist, Smalls’ house were filmed on 1556 S 2000 E in Salt Lake City. Scenes set in Benny Rodriguez’s house, on the other hand, were shot on 1571 S 2000 E. The filming spot for Ham Porter’s house is located on 2005 Bryan Avenue S.

This morning I learned that #TheSandlot was filmed in Salt Lake City 26 years ago so naturally I made the pilgrimage to THE sandlot! Why can’t we restore this field like the Field of Dreams so I can play ball with my kids here?? #Baseball #TheGreatBambino #YoureKillinMeSmalls pic.twitter.com/TQHGDK1PJt

Next, the scene wherein the kids buy new baseballs was filmed in Midvale in Vincent Drug on 7696 N. Main St. Scenes set in the sandlot were shot in Glenrose Drive. Valley Vista Park Community Pool on 1691 Gramercy Avenue in Ogden was used to film the swimming pool scenes. N. Cornell St. and W 8th N was made use of to shoot the Little League field scenes.

Next, Post Street is where Hercules chases Benny. Filming was also carried out at the Boys Club of America Auditorium in Salt Lake City and Riverside Park in Rose Park. The carnival scene was filmed on State Street in American Fork. Liberty Park is where the picnic scene was shot. Outside Utah, filming took place in Dodger Stadium in L.A. too.

The #Sandlot may have taken place just outside Los Angeles CA but the field used in the film was in Salt Lake City UT pic.twitter.com/FxffqoOYA1