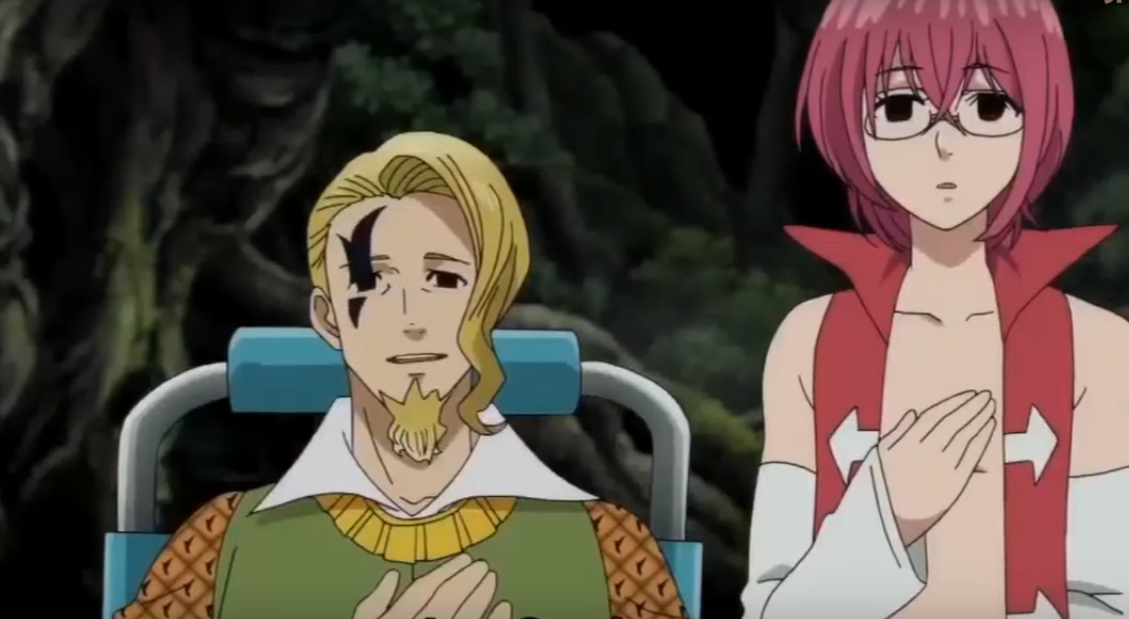 Unlike its previous seasons, Season 4 of ‘The Seven Deadly Sins’ has been receiving a very mixed set of reactions from its fans. While the people who are more inclined towards its overarching plot are able to overlook its technical flaws, there are others who can’t help but blame Studio Deen for ruining their beloved long-running anime franchise.

I, personally, fall in the former category because as much as I despise its subpar graphics, voice acting, sound design, and, of course, animation, I love how, so far, the anime has not disappointed me with its storyline. Moving forward, since the technical aspects aren’t getting any better, my advice to all viewers would be to focus more on how it has been handling its characters and its present arc in the season.

That being said, episode 6 dwells deeper into the past of its main characters, and thankfully, instead of riddling us with more drama and mysteries—especially the one revolving around Gloxinia and Drole’s past—the season finally opens up and address these unresolved plot points.

Episode 5 left us with the introduction of Gowther, who had been imprisoned for years and his only way of staying in touch with the outside world was through a mere doll. Episode 6 takes us back the part where Diane and King interact with Gowther’s doll. A portal then opens up right beside the doll and the real Gowther steps in. He then tells the two of them about how thankful he is to have a doll who can help him feel everything and he also expresses his concern towards the Holy War. Surprised with his good intentions, King and Diane tell him how the Holy War ended 3000 years before the present events of their actual timeline. Realizing that they are 3000 years in the past right now, Gowther feels relieved that the war will end.

With this, he happily accepts that it might be time for him to die. While Diane gets all worried about his doll after his death, the doll simply starts crying when he realizes that Gowther will be leaving him soon. Gowther makes them promise that they should find his doll in the future and befriend it. When he tells King that a war has broken loose on the divine light gate, King rushes there to rescue Gerharde. Meanwhile, Diane chooses to stick around with Gowther as he continues to flatter her by praising her relationship with King. While he flies off towards the divine light gate, he wonders if it’s his test to save Gerharde’s life, but unfortunately, when he arrives there, he finds her lying half-dead in Rou’s arms.

Rou realizes how his hate led to Gerharde’s death and peacefully accepts his fate while King summons a weapon and nearly kills Rou. But something holds him back and he ends up dropping his weapon. Soon after this, King snaps out of this flashback and returns to the present events. This is when Gloxinia explains it to him that his test was not to save Gerharde but it was to actually change the past by not killing Rou. He tells him how he only fought for the Ten Commandments because he firmly believed that his sister was killed. His anger drove him into hating humans and that’s why he became a part of a war against them. By time traveling to the past and not killing Rou, King has indeed changed the present as well.

Episode 6 plunges deep into Gloxinia’s past and presents a story that brims with the complexities of time travel. From what we can predict, this minor tweak that King has been able to make in the past will have a huge impact on the present events. Apart from that, it’s also good to see that King was finally able to complete his test. Surprisingly, this test was mostly driven by didactic morals and had nothing to do with his strength. In context with its storyline, Episode 6 also promises that the season will further explore Gowther’s character along with that of the other Ten Commandments.

When it comes to the characters, while it still highlights Diane, King, and Meliodas, it also subtly develops Rou by portraying the events of his past that led him into waging a war against the angels and giants. By the end of the episode, just like Gloxinia, he also realizes that the more he feeds his hate with a sense of revenge, the more it will grow within. It will not only consume him from the inside but it will also steal away everything that he presently stands for. King seems to be growing much stronger, not just physically but mentally as well and the purpose of Diane’s test still remains unknown.

Overall, the extent to which this arc is scalable is quite astonishing and if executed well, this season might even be able to revive itself. Not to mention, Zeldris’ appearance in the last few moments of the episode is enough to make most viewers stay for more. And in the long run, as viewers, we can certainly look forward more revelations in context with the Ten Commandments.