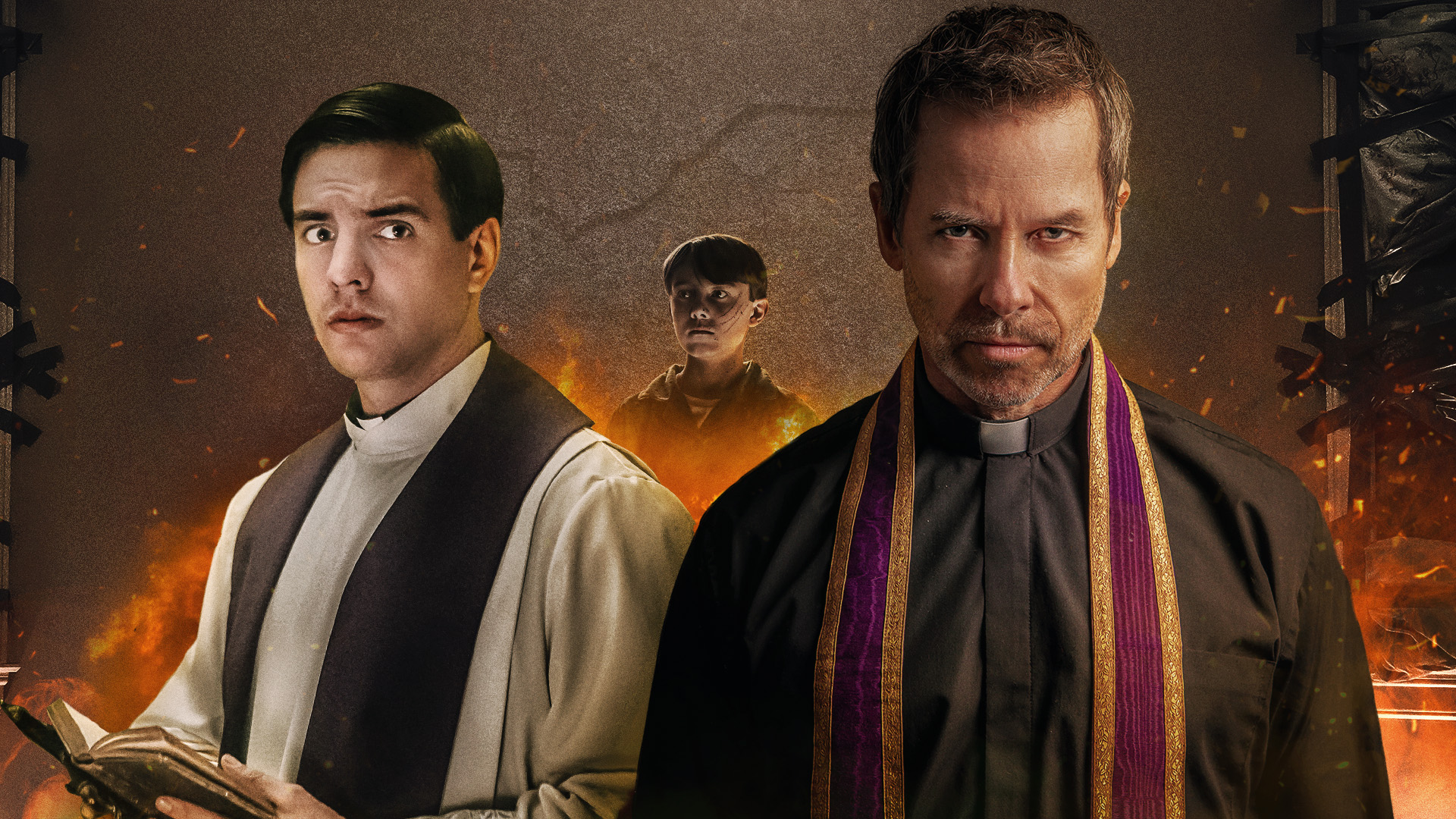 There have been a ton of exorcism horror films in the past, but the chills they conceal have not waned to date. Filmmaker Justin P. Lange, whose atmospheric horror tale ‘The Dark’ made people crawl under their beds, comes back with another grisly genre foray, ‘The Seventh Day.’ The exorcism horror takes the age-old trope of veteran and rookie policeman and gives it a clerical makeover. A suave priest (Guy Pearce), some well-devised jump-scare sequences complete with flickering lights, and a sinister plot twist make for an appetizing watch.

The film does not do anything out of the ordinary to make critics voraciously gnaw at it, but it still packs enough demonic energy to satiate genre fans. While the story is fairly straightforward, the ending reveals a mind-bending twist, and if you have had a hard time following the final moments of the narrative, let us get to the bottom of this. SPOILERS AHEAD.

The story begins on October 8, 1995, in Baltimore, Maryland, on the day of Pope John Paul II’s visit to America. Father Louis ordains his apprentice Peter before going out on an errand. A little girl, Nicky, is possessed by a demonic spirit, and Father Louis and his apprentice are summoned to perform a ritual to save the girl from the demon. However, the power of the evil is stronger than they imagine, and in consequence, a flying crucifix penetrates Father Louis’ neck, and he bleeds to death.

The present-day story begins by introducing the audience to a middle-aged Father Paul, who has grown up to become a hipster exorcist covertly working under the order of the church. On the Archbishop’s insistence, Peter takes in a recruit, Daniel. Father Daniel has been the best in his class, but Father Peter thinks Daniel has a lot to learn about the secret vocation of exorcism, which is not taught in school anymore.

On their journey, they stop by at a homeless shelter, and Peter urges Daniel to take up responsibility. Encountering a homeless man, Daniel thinks he is possessed by demonic spirits and begins his ritual. In the meantime, the well-meaning caretaker of the shelter, Helen, reaches on the scene – it is she who is possessed. Peter takes care of the situation with commendable strength of utterance, and she is rid of the unearthly spirit.

Meanwhile, Charlie is being prepared for trial, and with some help from the Archbishop, the duo reaches the police station to talk to Charlie. After a sinister episode at the station, Peter and Daniel rescue Charlie and come back to Peter’s place. But the ending twist reveals something far more unnerving, as it blurs the distinctions of good and evil.

The Seventh Day Ending: Is Father Peter Dead or Alive?

In the sinister scene at the hospital, the light goes out, and all hell breaks loose. Charlie briefly disappears from the interrogation room, and when three policemen enter the room, they are mercilessly killed by the evil spirit. Daniel walks down the staircase and meets the interrogator, but he is slaughtered before Daniel’s own eyes. The darkness does not reveal much, but we hear the agonizing scream of the interrogator. He comes back to find the female officer-in-charge slain, with her eyes gouged out. 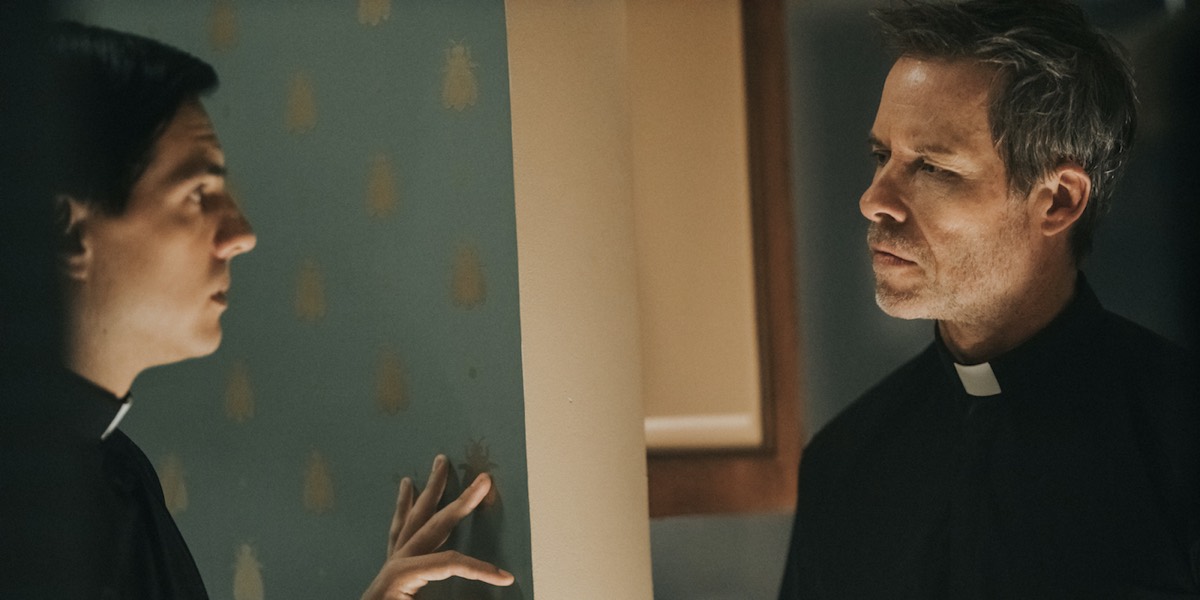 Father Peter goes missing, but in the nick of time, Daniel manages to regroup with Charlie. Charlie comes back to his normal self, but a final twist waits to be revealed. Charlie has repeatedly been talking about a tall, bearded man who would haunt him and make him commit devilish crimes. When Charlie sees Father Peter on the other side of the door, he identifies Peter as the same diabolical spirit who visits him. Peter and Daniel sedate Charlie and take the boy to a covert location to perform the exorcism. Daniel progresses with the ritual as asked, but he is conflicted as he is endowed with the truth about Peter.

As Daniel moves the direction of his exorcism towards Peter, Peter reveals his true diabolical self. When the exorcism of the little girl named Nicky ended in a spectacular tragedy (Nicky was set ablaze), the demonic spirit took hold of Peter’s body. After the encounter with the devil in Peter’s body, Daniel is made to face horrific sights in the house. A possessed Peter comes after him and tries to choke him, but Daniel is a fast-thinker. He uses the edge of the crucifix pendant to stab Peter on his neck, and Peter presumably bleeds to death. Before dying, Peter thanks Daniel for freeing him from the diabolical spirit.

Peter’s death, however, does not guarantee the safety of Daniel. Peter dies, but the spirit roams around the room without a body. The transference of the spirit from one body to another presupposes the death of the former body. Peter became possessed by the demonic energy at the cost of Nicky’s life, as the spirit chose to let go of Nicky and come after Peter. The exorcism rite that Daniel is asked to perform for Charlie, we understand, is not intended to cure Charlie of the unearthly spirit. 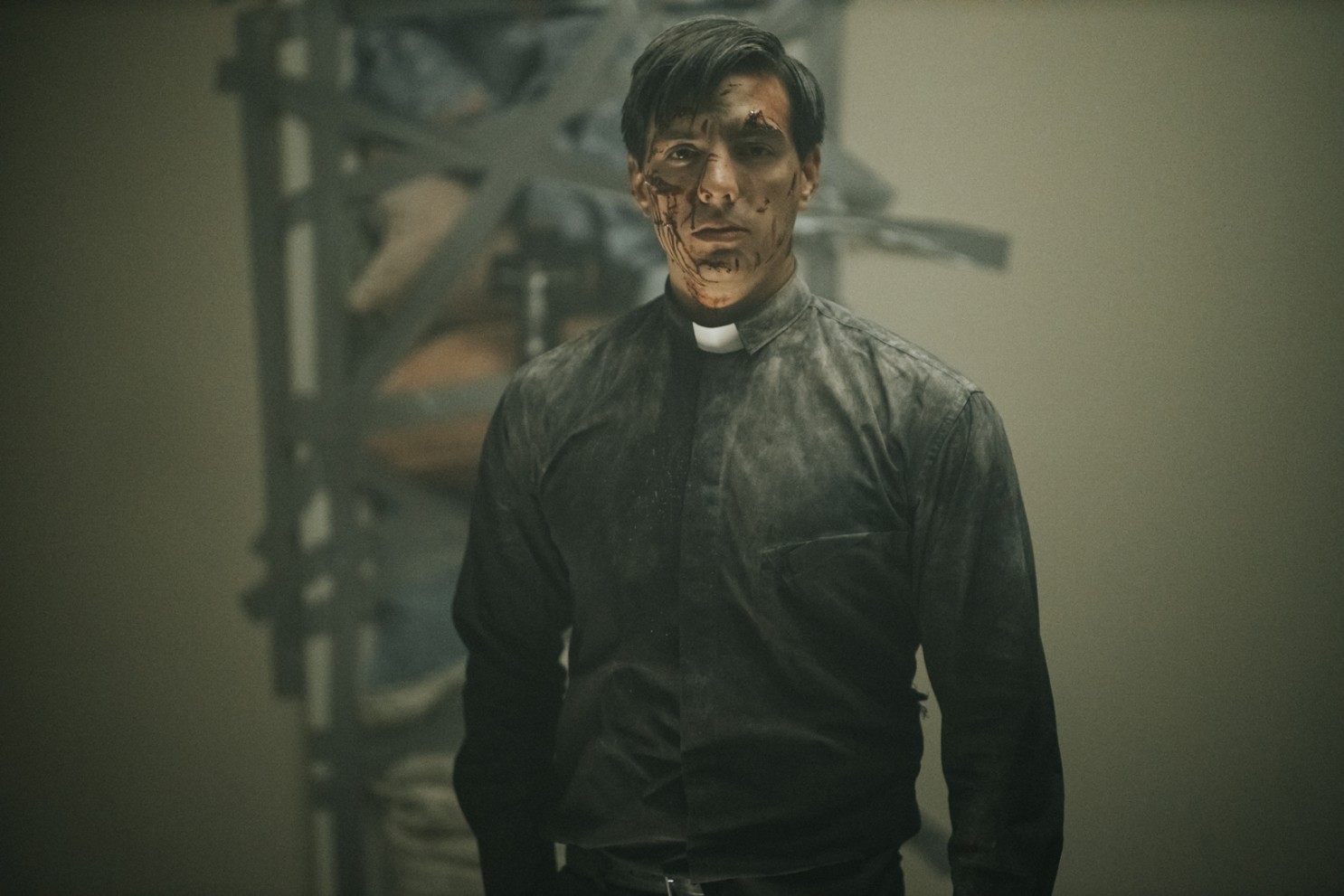 With Father Peter’s interference, Charlie’s fate would be the same as that of Nicky. Charlie would die, and the spirit would take hold of Daniel’s body to thrive and inflict damage on others. Daniel can see the signs before this tragedy can happen, and he takes control of the situation. But Peter’s death at the hands of Daniel would suggest that the spirit that possessed Peter is free to enter a new body, and shortly after the death of Peter, Daniel encounters the spirit. His twitching and morphing face is a visual sign of the demon consuming his body.

We do not see anything unnatural after that, as Daniel rescues Charlie and takes him to the Archbishop. Upon insistence from Daniel, the Archbishop give him information about the previous recruits of Father Peter, and Daniel goes out on a journey to meet them in person. In a world where the thin line between good and evil is blurred, Daniel can very well be possessed, and that is perhaps the likelier outcome.

Is the Demon Defeated?

The demon, as you may already have guessed, is not defeated. The devil has penetrated deep into the body of the clerical order, and in all probability, all of Peter’s recruits are possessed by evil. When Daniel speaks to Father Kevin over the phone, he says that Daniel will be with them after one final task. The task is presumably the exorcism of Charlie. If Daniel had not deviated from the plan, Charlie would die, and Daniel would be one bestowed with the evil force. 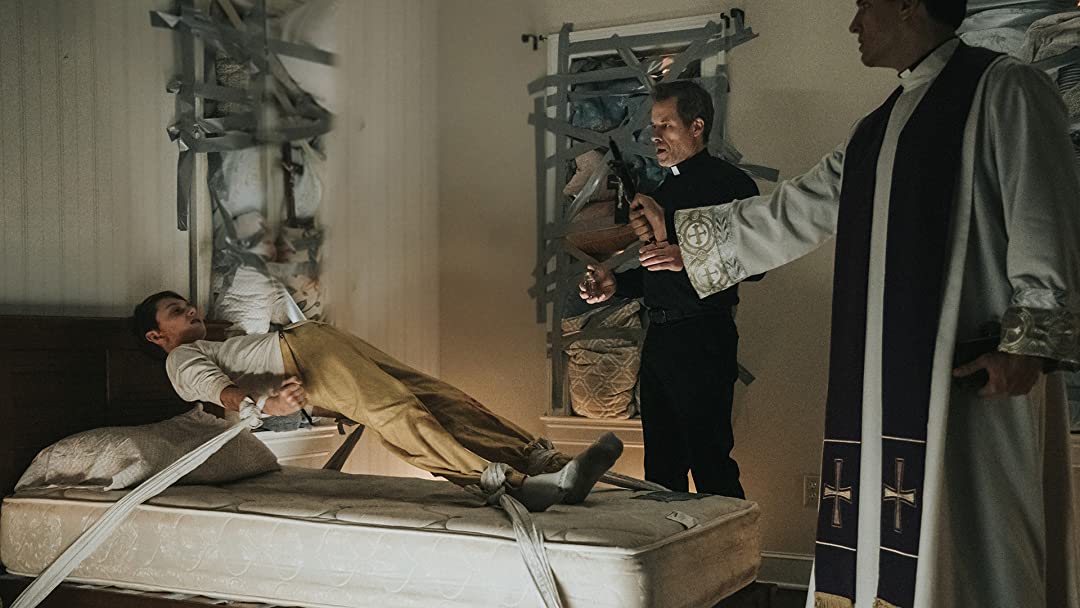 While the story takes a slightly different course, what is interesting is that the devil always refers to itself as a collective. Previously in the story, the Archbishop also states that the cases of demonic possession have seen a sharp increase in recent times. So, the demon is by no means defeated, and we can perhaps look forward to a sequel.

Read More: Is The Seventh Day Based on A True Story?