The Connection Between ‘The Silent War’ and ‘For Whom the Bell Tolls’, Explained 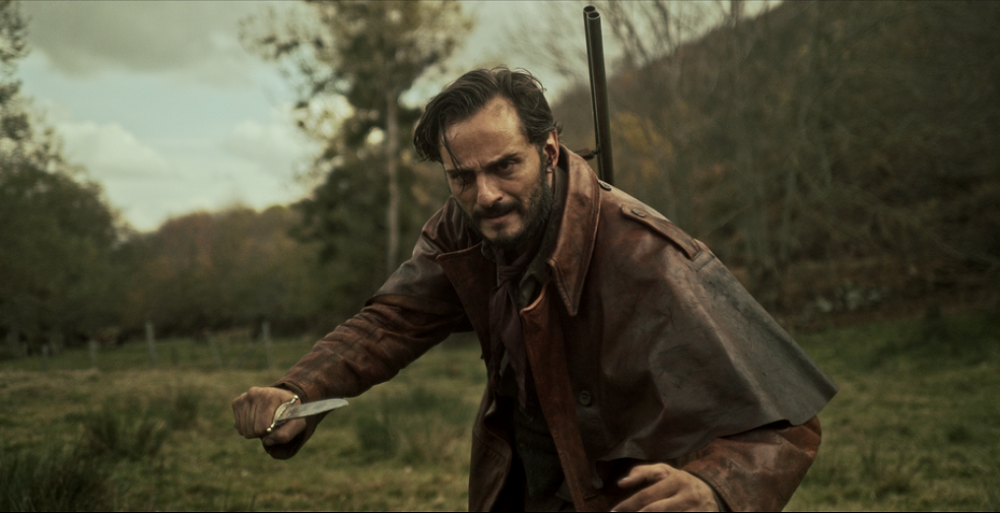 Fused with several historical events, ‘The (Silent) War’ aka ‘Sordo’, is an intriguing action drama that walks you through an intimate and personal story of a man, who is abandoned to his own fate after his life takes a grim turn. Divided somewhere between hope and fear, he tries to make sense of the world around him. Now since it is somewhat of a war movie, as a viewer, you must be wondering if it’s based on a true story. So further down in this article, we’ll be exploring all the real events that movie refers to throughout its runtime.

What is ‘The Silent War’ About?

Set in 1944 Spain, the events of the film take place towards the end of the Second World War, where after the endless struggles of the Resistance and allied forces, the Nazi occupation has finally been withdrawn from France. A Spanish guerilla group gets hyped up by this victory and decides to reclaim Spanish territory by overthrowing General Franco with a bang.

When they set out to destroy the regime’s infrastructure, not everything goes as planned and the Spanish army ends up interrupting their process. With this, almost every member of the group of rebels ends up dying. Vicente Roig, one of the two survivors, ends up getting arrested, whereas, on the other hand, Anselmo Rojas somehow manages to escape, but is left deaf with the impact of the explosions.

Captain Bosch becomes obsessed with Rojas’ escape and to capture him, he hires Darya Sergéevich, who is a young merciless sniper from Bolshevik Russia. Soon Rojas finds himself in a tough spot where he is forced to take the help of his ex-girlfriend, Rosa, who now happens to be the wife of his arrested comrade Vicente. Although this does reignite their old flame for a few brief moments, Rojas is forced to face his new reality where he is nothing but a wanted man, who’ll have to tread a path of utter loneliness.

Is ‘The Silent War’ Based on a True Story?

For the most part, the characters and even the events of the film are fictionalized and are based on the comic by David Muñoz and Rayco Pulido, but there are certain aspects of its storyline that very well come in tandem with real historical events of the Spanish Civil War. This war was fought between the Loyalists and the Nationalists.

In the movie, Anselmo Rojas decides to blow up a bridge with his comrades to reclaims their Spanish territory. Almost all the events of the movie are a consequence of the bombing of this bridge, thus making it the center of its plot. However, from what we know about it, the bridge is actually fictional and was only used as a plotting device in it.

Is the Film Based on “For Whom the Bell Tolls”?

‘The (Silent) War’ is alluded from one of the best works of Ernest Hemingway—”For Whom the Bell Tolls”. Just like the movie, the novel is also set up in the backdrop of the Spanish Civil War where the Loyalists rebel against the barbaric rule of the fascist government. Even the novel is written from a perspective that sympathizes more with the loyalists and highlights their struggles against the Nationalists.

Moreover, even the protagonists of both the movie and novel are pretty much the same. Both the characters Anselmo Rojas (in the movie) and Robert Jordan (in the novel), fight on the side of the loyalists against General Franco’s “fascist” forces and later decides to blow up a bridge with his men.

Apart from that, both the movie and novel share the common theme of mortality, love, warfare, and politics. The themes of morality set in when all the characters, in one way or the other, are forced to either accept their own death or the death of their loved ones. A small part of both stories also deals with love.

In the novel, Robert Jordan, after an unexpected encounter with a Spanish girl, ends up falling in love with her and it gives him a new reason to live in a world where nothing seems right. Similarly in the movie, Anselmo Rojas is able the light at the end of the tunnel when he rekindles with his old love interest. Almost all the characters of both take more of a cynical perspective on human nature and bogged down by the war. But the hope for love still remains.

Both the mediums portray the cruel reality of warfare with grave details and show how it drastically impacts the lives of all the characters. While the physical losses are pretty evident, even the psychological losses completely destroy the lives of innocents who are caught up in its core. And finally, the conflict between the leftists and the fascist Nationalists, which forms the core of the premise of both the mediums, highlights the political themes in both.