Where Was The Surrogate Filmed? 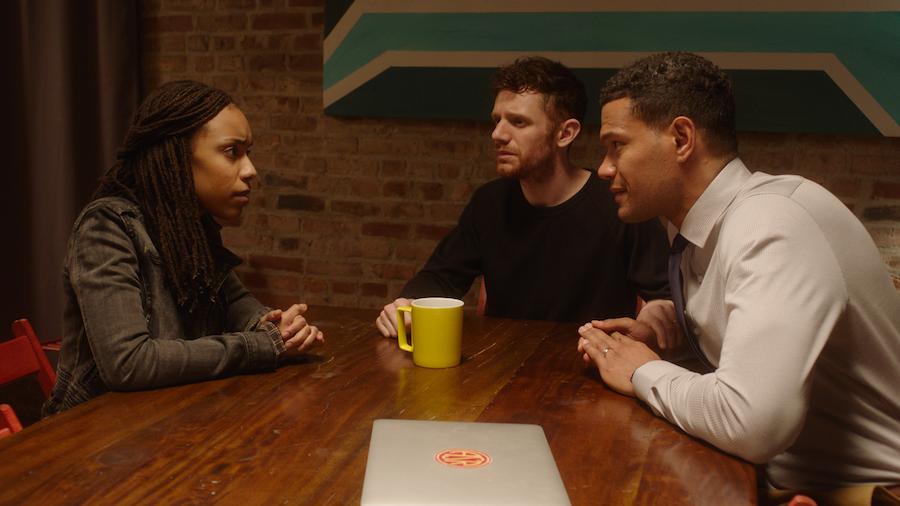 Parenting is one of the most complicated things in life, and even more so, in films. It is a humongous task to portray the complexity of becoming and being a parent, one that ‘The Surrogate’ undertakes with great care. The film focuses on the story of a woman who agrees to become a surrogate mother for her best friend and his husband. However, trouble arises when some unexpected things are revealed in a pregnancy report. If you want to know where the movie has been filmed, here’s the answer.

‘The Surrogate’ follows the story of three people who learn the meaning of parenthood through an experience that not only changes their relationship with each other but also changes their entire lives. The story takes place in Brooklyn and the film uses its surroundings to focus on the changing situation of the characters. To get the right feel for the story, the production decided to set camp in Brooklyn. Some other locations in New York City were also used as filming locations.

For the filming of ‘The Surrogate’, the production turned to the Brooklyn neighborhood where most of the filming took place on location. The crew was also spotted filming in other neighborhoods. While making the movie, director Jeremy Hersh’s main idea was to use the camera to show the changing scenarios between the lead trio. At the beginning of the film, Jess is somewhat disempowered. “She’s not taking control so much of her own life and she is a little bit defined by these relationships to these other people, so she’s smaller in the frame,” he said. “Then as the film goes on, the camera moves in closer, and she starts to literally take up more space — more of the frame — and the idea was also that the camera starts to pivot on her axis more so as the character is taking more control, she’s actually taking more control of the viewer’s perspective.”

Similarly, the camera movement is also used to show the fragmentation of the relationship between Jess and her friends, for whom she has decided to be a surrogate. “Another idea was that in the beginning when the three main characters are on the same page, we can be in a single shot [where] it’s pretty easy to fit all three of them in the frame and then as their relationship becomes more strained and breaks down, the camera has to do more work to try to get them all in the same shot, so we have certain moments of the camera moving around, trying to capture all of them and then there’s also more cutting because the camera has to be able to see all three of them [when] they’re physically more separate.”