Is The Surrogate Based On A True Story? 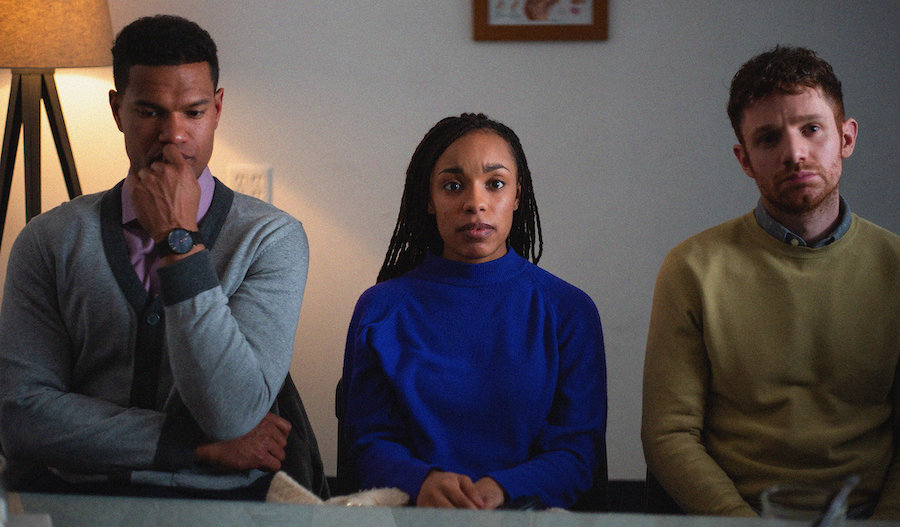 ‘The Surrogate’ follows the story of a young woman who agrees to become a surrogate mother for her best friend and his husband. While things look great in the beginning, twelve weeks later a problem emerges. It turns out that the child is to be born with Down Syndrome. With this information, the dynamics of the trio change, because of the complicated feelings towards the matter. The film presents an emotionally heavy story that leaves us with a lot to think about. With such raw authenticity, we wonder how close is ‘The Surrogate’ to actual reality. Is it based on a true story? Let’s find out.

Is The Surrogate based on a true story?

No, ‘The Surrogate’ is not based on a true story. It is based on an original script, written and directed by Jeremy Hersh. The desire to create a unique story such as this story was stirred in Jermy Hersh when he had been working on his thesis short film in 2013. He realized how broad the audience there was of queer people, and yet, how underrepresented they went in the terms of characters on the screen. Growing up, he had only seen the gay man and cis-woman relationship in comedies where they would be best friends and nothing more would be explored about their stories. For the film that portrayed queer characters as the protagonists, they would turn to be “these martyrs who were perfect and therefore not that interesting as characters or the movies were kind of light and silly.”

This stereotyping is what prompted Hersh to write a story that would dig deeper into the emotional range of these characters and also give the chance to cis-people to understand them. “I wanted to make something that would hold up a mirror to that type of audience of mostly white, well-to-do cis gay men and look at relationships between gay men and straight women, which is obviously a huge classic trope that I grew up on, and the sometimes weird power dynamics in those relationships,” he said.

The journey of making ‘The Surrogate’

‘The Surrogate’ focuses on two important issues- surrogacy and Down Syndrome. To correctly portray both of these things, Hersh did a lot of research. He got in touch with surrogate women through a Facebook post and met a woman named Sarah Parker. She acted as a consultant while the script was being written and validated several things that Jess goes through in the film. Hersh also researched Down Syndrome, for which he started going to a community center called Gigi’s Playhouse for People with Down Syndrome in New York. As he got hold of more facts and experiences of other people, the script started to grow into a being of its own.

In portraying the relationship of the gay couple and their thought process throughout the whole film, he leaned on his own experiences. “There’s a part of me in every argument that is made. Not to give a spoiler, but there’s the moment where Josh is saying “As gay men, we’ve been through so much…” and that was me trying to look [directly] at the ways in which gay white men sometimes deny their own privilege, which is something I’m sure I’ve been guilty of, and [throughout] there’s little [specific] things like that where it’s like I want to look at X, Y, Z, but for the most part, most of the arguments that are made in the film are something that at some point I have agreed with and there’s a lot of me in all of the different characters.”

Apart from this, Hersh also relied on the input of the cast regarding their characters. For example, Jasmine Batchelor, who plays Jess, would openly express her confusion or dislike for one thing or another in the script, and then both, she and Hersh, would find out a way to make things better. Overall, it turned out to be a collaborative process, with everyone contributing to the story in one way or another.