The Talos Principle 2: Everything We Know 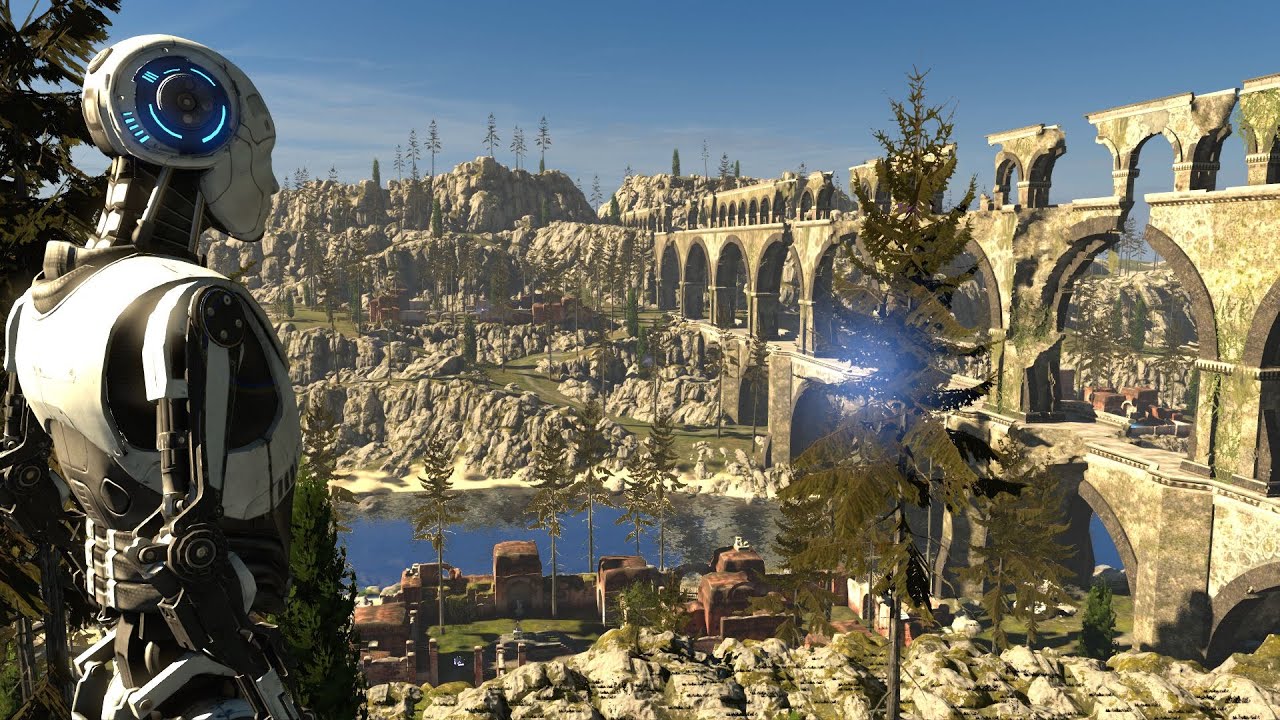 The first person puzzle video game does not get as much attention as some of its more action oriented counterparts, but 2015’s ‘The Talos Principle’ was truly a love letter to the genre. The game received almost universal acclaim and cleaned up commercially as well, leading many to wonder – where is ‘The Talos Principle 2’? Will there even be such a game? Read on to find out everything we know.

What Can We Expect From The Talos Principle 2?

Let’s begin by acknowledging that the original ‘The Talos Principle’ is inspired by Valve’s ‘Portal’ and ‘Portal 2’ games. Both games feature a futuristic plot line involving Artificial Intelligence and a heavy emphasis on first person puzzle solving. The story of ‘The Talos Principle’ starts off with the player character waking up in a sterile environment. Your character is an android that is being instructed by a faceless entity named Elohim, who asks you to explore the world and solve various puzzles to collect signals. He also warns you not to climb the tower at the center of the world.

As you navigate the world around you, it quickly becomes apparent that it is actually a virtual reality world inside a program. In the world, you meet several other AI entities including a messengers, who follow the bidding of Elohim. On the other hand, other AI entities may encourage the android to ask more questions. A text program called the Milton Library Interface even actively encourages the android to defy Elohim.

Slowly, you unearth the truth behind the real world; humanity was driven to extinction a long while ago due to a lethal virus that was unleashed due to global warming and melting ice caps. In order to preserve the sum total of humanity’s knowledge, several scientists launched the Extended Lifespan program to develop mechanical creatures to propagate humanity’s legacy. To achieve this, Elohim and the virtual space was created to test new AI entities for their intelligence (via puzzle solving) as well as the existence of free will (demonstrated by acts of defiance).

Once the player has finished all the puzzles, Elohim offers you the opportunity to join him. Depending on what you do here, the game features three distinct endings. If you accept Elohim’s offer, the android fails the independence check and the entire game restarts with a new iteration of AI. However, if you choose to climb the forbidden tower and reach the top, the android ascends and the virtual program is deleted. You then wake up in the desolate real world, free from any humans.

Alternatively, if you guide the android into a secret entrance at the central tower, a third ending is unlocked where the android becomes one of the Messengers, tasked with aiding future generations of AI.

Now we don’t exactly know what the plot for ‘The Talos Principle 2’ is going to be, but a strong possibility is that it will be a direct sequel to the first game. The android wakes up and steps into the real world at the end of ‘The Talos Principle’, and the second game could pick up right there, with all new puzzles and obstacles to overcome in the physical world.

‘The Talos Principle 2’ is likely to be a narrative based puzzle game presented from a first person or a third person perspective, just like its predecessor. The first game features a number of environments including lush green and barren desert, along with 120+ puzzles to solve. While doing so, you also have to contend with detonating drones and mounted turrets. The main currency in the game are sigils, which are enclosed inside obstacles and serve to progress the game’s main plot as well.

We can expect ‘The Talos Principle 2’ to feature an even greater variety of environments, especially if it is set in the physical world. A greater number of puzzles to solve is also an expected upgrade for the sequel.

What would really elevate ‘The Talos Principle 2’ to the next level would be the addition of full online cooperative play during the entire campaign, much like it’s inspiration ‘Portal 2’. There is something deeply satisfying about solving difficult riddles together with your friends, and ‘The Talos Principle 2’ would do well to implement such functionality in the game.

The Talos Principle 2 Developers: Who Are the People Behind It?

‘The Talos Principle 2’ is being developed by Zagreb based Croatian video game development studio Croteam. Croteam was first founded in 1993 and is best known for the irreverent ‘Serious Sam’ series of First Person Shooter (FPS) games. The game will very likely be published by Devolver Digital.

The story script for the original game was given by Tom Jubert of ‘FTL: Faster Than Light’ fame and Jonas Kyratzes.

The Talos Principle 2 Release Date: When And Where Can I Play it?

The original ‘The Talos Principle’ is available on practically every single popular platform including Microsoft Windows, OS X, Linux, Android, PlayStation 4, iOS, Xbox One and the Nintendo Switch. The game even got Virtual Reality versions for VR headsets such as the Oculus Rift and HTC Vive. We can expect ‘The Talos Principle 2’ to arrive on a bunch of different platforms as well, however, it is likely to launch exclusively on Microsoft Windows and the upcoming PlayStation 5 and Xbox Series X during the initial launch window. Other platforms may get ports somewhere down the line.