HBO’s ‘The Time Traveler’s Wife’ brings Audrey Niffenegger’s sci-fi romance novel of the same name to screen, following a couple haunted by time travel. Henry has a genetic condition that makes him unable to latch onto time. As a result, he faces random bursts of time travel where he is instantaneously transported into the past (and sometimes to the future). As an inextricable romance with Clare blooms, the two face the remarkable challenge of keeping their relationship alive despite Henry’s condition.

Episode 1 introduces us to the central couple and the remarkable circumstances through which a young Clare first met a grown-up version of Henry. The final scene augers some ominous events to come, so buckle in and let’s untangle ‘The Time Traveler’s Wife’ episode 1. SPOILERS AHEAD.

The episode opens with middle-aged versions of Clare and Henry talking about love and the daily challenges of living with the latter’s condition of uncontrollable time travel. Clare describes how she is now used to Henry suddenly disappearing every once in a while, merely leaving behind a pile of clothes. For his part, Henry has cultivated handy skills like running, fighting, and stealing. Since he always arrives at his temporal destination completely naked and empty-handed, the “time traveler” has a propensity to land in awkward, often violent situations. Of course, he almost always has to steal (or, if he’s lucky, borrow) some clothes whenever he travels through time. 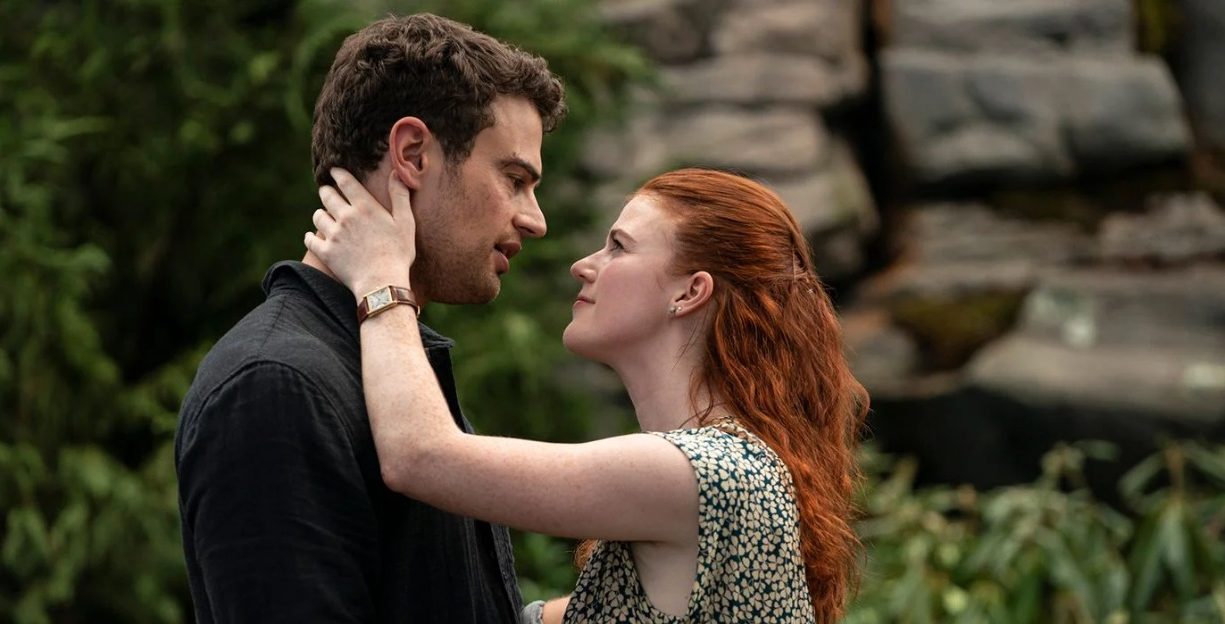 The episode also outlines crucial moments in the lives of Clare and Henry, starting with the time when they first “organically” meet. Since an older version of Henry has been visiting Clare since she was seven, she recognizes him years later at the library where he works. However, since she runs into a younger version of Henry, he doesn’t recognize her. As they talk, Clare reveals how, in one of their earliest meetings (when she was around 7), Henry gave her a list of all the dates when he would travel back in time and see her. She also reveals that they eventually get married.

For his part, Henry details the first time he ever time traveled. In a flashback, we see a 7-year-old Henry at the natural history museum. A few hours later, while in bed, he suddenly finds himself transported to the museum. He is greeted by a grown-up version of himself there, though it is not clear to young Henry and the older man introduces himself as just “another time traveler.”

The Time Traveler’s Wife Episode 1 Ending: What Do the Feet Signify? Does Henry Lose His Feet?

Back in the “present,” 20-year-old Clare and 28-year-old Henry go on their first date. However, the evening ends in a fight when she realizes that he’s been sleeping with another woman named Ingrid. As an angry Clare storms out, an older (36-year-old) version of Henry watches the argument from outside the apartment. He then confronts Clare and implores her to give his younger version another chance.

The 36-year-old Henry then returns to his current time, where he is married to Clare. In the episode’s closing moments, he walks out onto the street, where he notices a pair of severed feet on the sidewalk.

The ominous and slightly grisly visual of dismembered feet makes a shocking end to the largely romantic episode. Though their appearance remains a mystery, we know that they belong to a future version of Henry. At one point, when he finds one of his baby teeth in his apartment, he explains to Clare that different parts of his body, even when separated, continue to jump through time. This explains why the tooth that fell out during his childhood continues to appear and disappear at various points in time.

More notably, this means that Henry is separated from his feet at one point in time. From the clean cuts, it looks like his feet are amputated. Since he doesn’t seem surprised at their appearance, it also means that Henry possibly knows what is in store for him. Another detail worth noting is that the feet seem to be frozen, meaning they are either kept frozen or are amputated as a result of Henry getting frostbite. Considering he arrives naked whenever he time travels, it looks like Henry arrives at a wintery location and is unable to find shelter in time.

How Many Versions of Henry Exist?