Is The Trial of Chicago 7’s Jerry Rubin Based on a Real Person? How Did He Die? 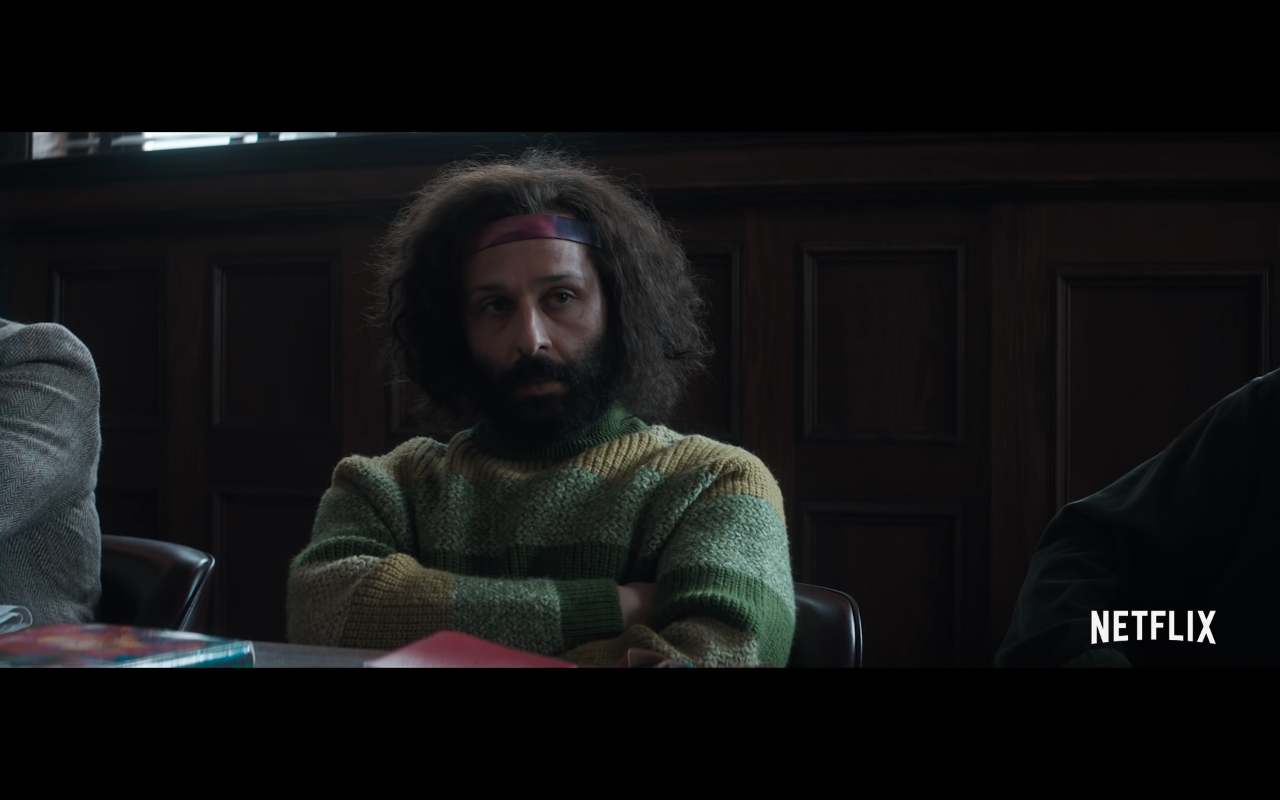 When riots break out in Chicago between anti-war protestors and the police force, eight men are put on trial under America’s first anti-riot law. Set against the backdrop of the Vietnam War, the Civil Rights movement, and various countercultural protests, ‘The Trial of Chicago 7’ chronicles the legal battle that these activists face. Jerry Rubin is one of these men and is played by Emmy Award-winner Jeremy Strong in the film. In this article, you can learn more about him.

Is The Trial of Chicago 7’s Jerry Rubin Based on a Real Person?

Yes, Jerry Rubin was a prominent activist of the 60s. Born in Cincinnati to Robert and Esther Rubin, he attended the University of Cincinnati and got a degree in history. He had also gone to Oberlin College and then Hebrew University in Jerusalem. After that, in 1964, Rubin attended the University of California, Berkeley, but dropped out to focus on his activism. Along with Abbie Hoffman and satirist Paul Krassner, he created the Youth International Party, whose followers were known as “Yippies.” 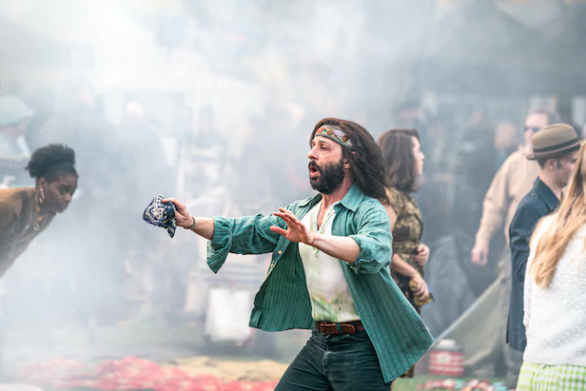 Describing his persona back then, Jerry Rubin told Washington Post, “In the ’60s I was very much a believer. I didn’t have a guru. I was my own guru. I was very antiwar, very anticlass. I was an ideological fanatic. I have an ability to pick up what a lot of people are feeling and then feel it more intensely.” He added, “There were the stirrings of the ’60s in the late ’50s. The beatniks and ban-the-bomb, all that stuff, was happening and I kinda created myself in my little mind in Cincinnati. Then came the ‘60s.”

In 1968, Jerry Rubin even nominated Pigasus, a 145-pound pig, as a nominee for the American presidency. He felt that this was a better alternative than Richard Nixon’s candidacy. In the same year, he also collaborated with others to hold protests against the Vietnam War in Chicago. At a rally in Grant Park, riots broke out between the police and the demonstrators, despite Jerry urging his followers to be nonviolent. Although it was eventually called a “police riot,” 8 men were arrested for the incident. Jerry Rubin was one of these men who were the first to be put on trial under America’s anti-riot law.

The men had been charged with conspiracy to cross state lines to incite a riot. But the trial was one of the most volatile ones in the history of American law. Many sources point out that the judge was already biased towards the defendants. For this reason, the Chicago 8 would constantly accost him for his discriminatory behavior, and their legal counsel would encourage this. In one instance, Jerry and Abbie came to the court wearing black judicial robes. When asked to take them off, they did, only to reveal the uniform of the Chicago PD underneath.

Such theatrical acts were synonymous with Abbie Hoffman and Jerry Rubin. Furthermore, the latter said that he would often get stoned before the hearings because it was a front-row seat to history, and the drug intensified every experience. In the end, all were acquitted on charges of conspiracy. However, five, including Jerry, were found guilty of crossing state lines to start the riot. For this, they were sentenced to 5 years in prison with a $5,000 fine. However, the United States Court of Appeals for the Seventh Circuit reversed this ruling.

A few years after the trial, with the anti-war movement dying down, Jerry Rubin had a rough patch in his life. He would lecture and write for most of the 70s while indulging in programs such as the Erhard Seminars Training. He married Mimi Leonard in 1978, with whom he had two children. By the 80s, he had turned his sights to the financial world and stated that he held more influence as the man signing the cheques – “I know that I can be more effective today wearing a suit and tie and working on Wall Street than I can be dancing outside the walls of power.”

How Did Jerry Rubin Die?

After working at Wall Street with John Muir & Company, Jerry Rubin then moved out to Los Angeles in the 90s. He worked as a marketeer for a Dallas-based firm called Wow!, which sold nutritional drinks. In 1992, the couple got divorced. Talking about the perils of the 60s, Jerry said, “Well, there’s things about the ’60s that weren’t good. There was an antisuccess cult. A lot of people who were tied to the symbols of the ’60s are also tied to ‘stay poor, stay ineffective, stay a rebel.’ That kind of thing doesn’t interest me.”

November 14, 1994, was the day that Jerry Rubin passed away. The former activist was crossing Wilshire Boulevard in Westwood, Los Angeles. He was struck down by a motorist and was rushed to the UCLA Medical Centre. Two weeks later, he had a heart attack and died. State Senator and fellow member of the Chicago 7, Tom Hayden, said, “He was a great life force, full of spunk, courage and wit. I think his willingness to defy authority for constructive purposes will be missed. Up to the end, he was defying authority.”

Read More: Is The Trial of Chicago 7’s Abbie Hoffman Based on a Real Person?