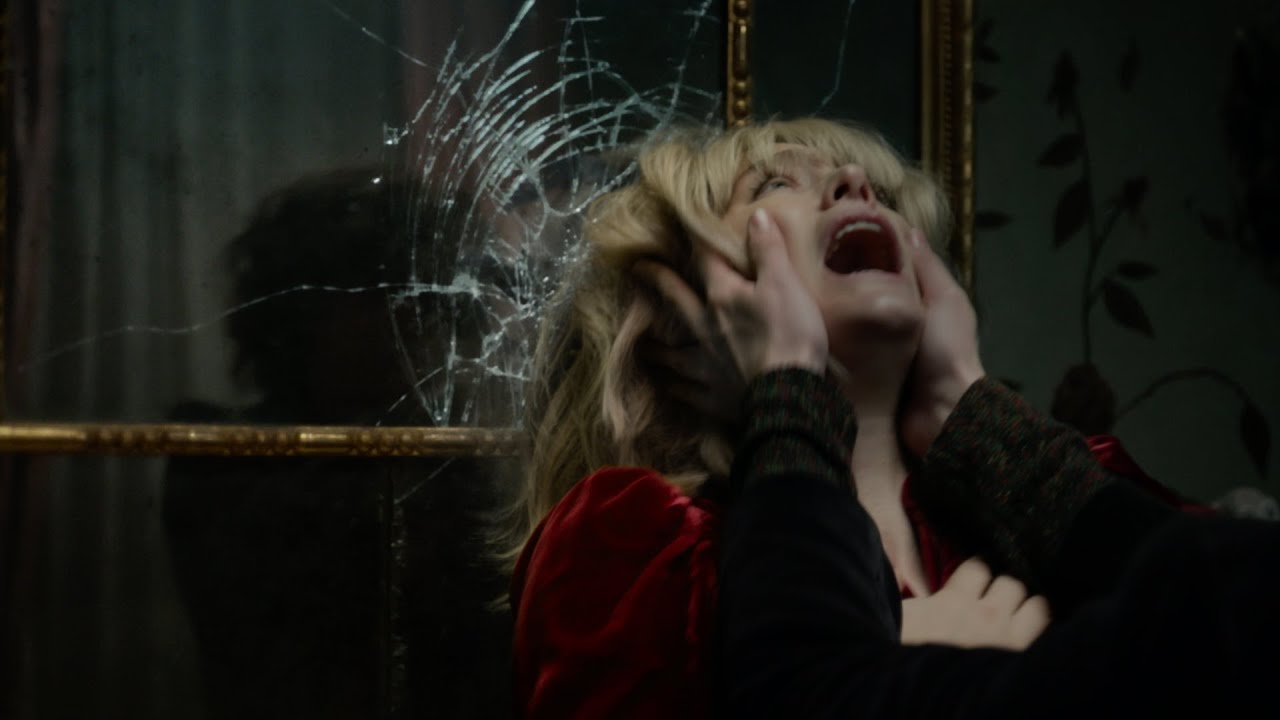 ‘The Turning’ is yet another adaptation of Henry James’ novel, ‘The Turn of the Screw.’ Directed by Floria Sigismondi, the 2020 adaptation presents another spin to the classic horror story, which has been scaring readers for over a century. Instead of relying on jumpscares, Sigismondi focuses on telling a story, and that keeps the viewers engaged, if not scared, all the time. Moreover, there are several thematic nods that drive the movie. For instance, there is the theme of female hysteria, which the source material is regarded for being a pioneer of.

Apart from that, there is the theme of absurdism. Horror movies often explore what makes us scared, for obvious reasons. The dark is something universally scary and also something that can be observed in horror films from any corner of the world. But what about the dark makes us so frightened? Well, it is actually our fear of the unknown that disguises itself as the fear of darkness. What’s lurking in the shadows? We do not know, and that is what makes us scared. It is basically a survival instinct.

The above explanation for absurdism is integral for understanding the ending of ‘The Turning.’ By no means is the movie’s conclusion satisfying. That is the reason ‘The Turning’ has received mostly negative reviews. The set-up is genuinely intriguing, but the pay-off is just abrupt and almost non-existent. For someone who does not view the movie as a take on the very genre of horror or James’ novel (most viewers) might feel the film does nothing: not tell a satisfying story, or be scary. Even for someone who knows about the above-stated things, Sigismondi’s execution (and that of the screenwriters Carey and Chad Hayes) falls short of her intention.

‘The Turning’ follows Kate, a woman who accepts the job of a governess for a seven-year-old girl named Flora. Flora lives in a large, secluded mansion with the mansion’s caretaker, Mrs. Grose. Flora’s parents died years ago due to a car crash just outside the mansion’s gate. Kate starts to notice strange things in the house. Soon, Flora’s brother, Miles, returns from boarding school. He has been expelled for choking a boy. Miles is bratty and starts to act creepily. Meanwhile, Kate begins to observe strange things even more frequently. She almost leaves the job but decides to stay.

Kate reads the previous governess, Miss Jessel’s diary. Miss Jessel describes how Quint, Miles’ late riding instructor would act strangely towards her. She recounts how he clicked a picture of her sleeping once and left it on her bed. When Miss Jessel had decided to leave due to Quint’s advances, he had killed her.

Later, Kate receives a mail from her mother (her mother has some form of mental illness and lives in a facility for the mentally ill) with some dark art. Mrs. Grose tells Kate that she hopes her mother’s condition is not genetic. Kate starts to increasingly see Quint’s ghost. She sees visions of Kate raping Miss Jessel. When she tells Mrs. Grose about Quint and Miss Jessel, she already seems to know about it. Mrs. Grose tells Kate that she (Mrs. Grose) made sure Quint died. Then, Quint’s ghost appears and makes Mrs. Grose fall down the stairs’ banister.

Then, Kate takes Flora and Miles and leaves the mansion in the car. After that, the scene cuts back to Kate, looking at her mother’s art. After that, Kate’s hallucinations continue. In the end, she sees a vision of her mother in the mental hospital.

One can say that there are two endings to ‘The Turning.’ The first one sees Kate leaving the mansion with the kids. In the second ending, Kate hallucinates her mother at the mental hospital. Well, the face of the figure is not revealed, but it looks like her mother. So, which ending is real? Are there actually ghosts in the mansion? What happens to Kate?

There is a theory that Sigimondi provides two alternate endings to the movie, both of which can be viable. However, I personally do not think that that is what the aim of the “two endings” is. However, it ought to be noted here that the ending to ‘The Turning’ is overtly abrupt and leaves too much to viewers’ imagination. Hence, the only explanations that can be provided are theories. It is up to the viewer, at the end of the day, to decide which theory is more fitting. None are wrong.

Anyway, in my opinion, the second ending is the “real” one, even though it appears to be more supernatural and cynical. The reason is the chronology. It is shown after the first “ending.” This implies that the first “ending” might have been Kate’s hallucination. This brings us to another question: are the ghosts real? Once again, this is frustratingly debatable.

Well, it is entirely possible that Kate hallucinates most of the supernatural activities in the mansion. After all, she does hallucinate Quint’s horrific treatment of Miss Jessel after she reads the latter’s diary. Hence, she does not hallucinate Quint properly before since her brain is not too aware of him.

What drives Kate to hallucinate is her fear of turning out like her mother. This is echoed when Mrs. Grose tells Kate that she hopes her mother’s condition is not genetic. It must not be a coincidence that the “two endings” are directly preceded by this scene. Kate does hallucinate her mother. There is also a theory that suggests that the movie’s title indicates the fact that the story is about Kate turning crazy. It was earlier titled ‘The Haunting’ before the script was majorly revised and this makes the explanation more believable. However, there are equally compelling reasons for the ghosts to actually exist.

For instance, towards the beginning of the movie, Kate shifts the creepy sculpture in her room to the sewing room. When she leaves the room, the sculpture’s head gets repositioned automatically and eerily. Now, this shot is not told from the point of view of Kate. Hence, one can assume that this is not a hallucination. Moreover, in James’ book, the ghost of Quint is very real, and the story ends with Kate failing to free Miles from his possession. However, there is also a never-ending debate where some literary scholars have suggested that James’ book should not be taken at face value. Perhaps, Sigismondi, by providing two endings, alludes to this literary debate.

This brings us to Miles. The character played by Finn Wolfhard (‘Stranger Things’) seems creepy, weird, and bratty at first. However, later on, viewers are made to wonder whether he is possessed. Again, this depends on whether one believes that the ghosts are real or not. One theory is that, for Miles, Quint was kind of like a father figure since his own parents died in a car crash. He is depicted to have loved Quint and even imitates his horse-riding style. So maybe, he is just acting like the only adult male he has had a connection with.

According to me, the ghosts are real. However, Kate is mentally disturbed at the same time. Hence, the ghosts just fuel her hallucinations. Kate does see visions of her mother. Her mother’s “ghost” could not have possibly existed at the mansion. Perhaps, the horror is a combination of actual ghosts and Kate’s mental state. As to what happens to Kate at the end: the second ending should be the one that ought to be understood as THE ending. Kate does not leave the mansion, and the rest is left to the viewers’ imagination. Maybe Quint’s ghost kills her. Maybe she becomes completely crazy due to the hallucination involving her mother. Maybe, she survives another night.