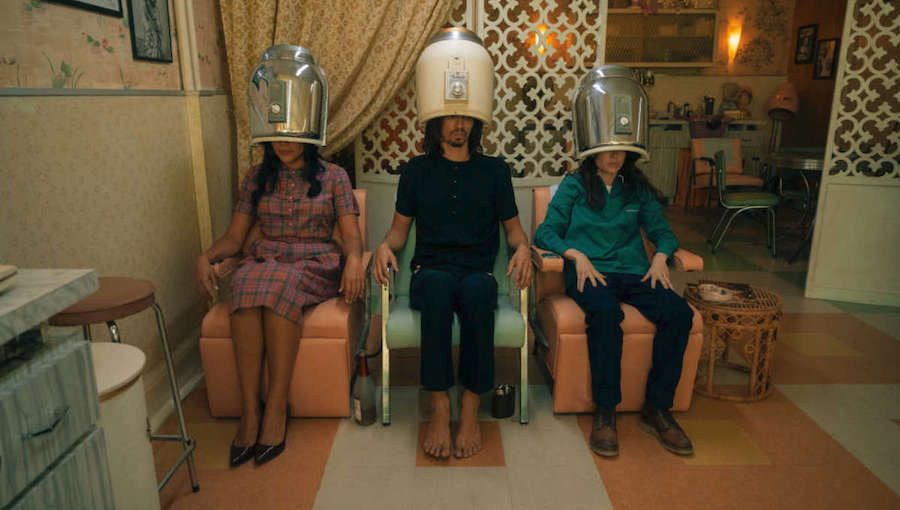 The second season had started with every man for himself in ‘The Umbrella Academy’. Klaus, Alison, and Luther had to fend for themselves for years; while for Diego and Vanya, it had just been a matter of months. But with Five’s arrival, they started to collate in smaller groups. However, it won’t be until they are all together that they can fight the upcoming calamity that threatens to destroy everything. Above all, they need to be together when they face their worst fear- their father.

The Umbrella Academy reunites with only six more days to go for the end of the world. They still have to figure out the origin of their problem, before finding a way to stop it. Five suggests that the only way out of their dilemma is their father, who is a part of the Majestic 12, the secret organization that is probably behind the assassination of the President.

While the plan sounds sound, Luther is not so enthusiastic about meeting their father again. He retells his part of the story, where after landing in 1962, he had tried to go back home. He tried to convince Reginald Hargreeves that he was his son from the future, but the old man dismissed him as a secret agent of CIA, KGB, or something like that.

With everyone feeling low about another impending apocalypse, they decide to go their separate ways to spend the last week they have. Vanya, Klaus, and Allison spend their time drinking and talking about each other’s feelings. In the end, they decide to go back to their people and come clean about the truth, whatever it might be. Meanwhile, Five is lured out by the Handler, and Diego and Luther get a message from their father.

After scattering the Umbrella Academy through the early sixties and sending off all of them on separate paths, the season brings them back together in the halfway mark. Knowing now that their father is involved in the whole thing somehow, Five regroups the family so that they can decide the best course of action moving forward. However, not all of them are convinced of their ability to turn around the course of events, which is probably brought on by their entry in a timeline where they don’t belong.

While the others wonder how to handle this situation, Five goes off chasing a different lead. He had been wary of Lila from the beginning, and for good reason. This time around he comes to understand why she had been following them around in the first place. In chasing her, he comes face to face with the Handler, and from the looks of it, there is a chance of another deal taking place between them. If she wanted Five dead, she would have sent assassins to do the job. It was because she wanted to discuss something important with him that she lured him out to herself. Because she has kept all of it a secret from the Commission, lying even to her daughter about the entire setup, it must have something to do with some kind of move against the organization. The question is, what does Five get out of it?

Apart from moving the story forward, this episode also gives us a flashback into the origin story of another important character- Pogo. He had been killed in the finale of the first season, but going back in time also brought him back into the fray. With everyone’s backstories being explored along the way, Pogo deserved his too.

It is revealed that he was brought in from Congo by Reginald Hargreeves, who had been working in collaboration with Grace, a scientist who comes to develop a close bond with him. Initially, he is prepared for a space mission, but the plan goes awry and he is fatally injured in it. Hargreeves comes up with a solution to save his life, the same one that he had used for saving Luther’s life and, in the process, turning him into something else entirely. It is also revealed that it is because of Pogo that Grace is attracted to Hargreeves. But something happens to her along the way, and it is in her remembrance that he creates a robot to serve as a maternal figure to the children. But there are more secrets about the mysterious Mr. Hargreeves that need to be unraveled for us to fully understand what he wants and what he is doing. The meeting that he has called is the only way we, and the Umbrella Academy, can get some answers.