‘The Walking Dead’ Actress to Star in Netflix’s ‘Selena’ Series 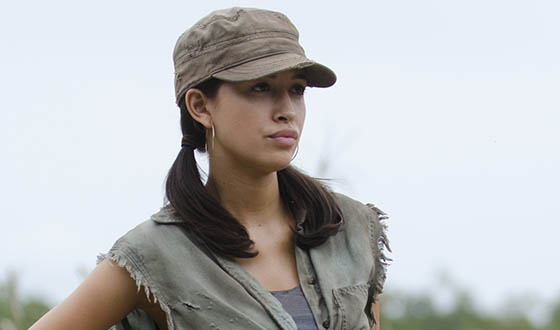 ‘Selena: The Series’ is an upcoming show on Netflix, which might have found its lead star in Christian Serratos, well-known for ‘The Walking Dead’. Serratos is slated to appear as the late Selena Quintanilla, the Tejano music favorite, in the scripted show for the streaming platform. ‘Selena: The Series’ has Moisés Zamora attached as the scriptwriter. Zamora is also executive producing along with Jaime Davila, president of Campanario Entertainment. Others attached to executive produce include Rico Martinez, Suzette Quintanilla, Abraham Quintanilla Jr., and Simran A. Singh. The series is set to run for two seasons, as of now, and will begin shooting in Mexico next month. Vulture first reported the news.

However, Netflix has declined to comment on the news of Serratos’ casting. Currently, the platform is in negotiations with the actress but there are some scheduling issues as Serratos is busy juggling production in Atlanta for the upcoming tenth season of AMC’s ‘The Walking Dead’. For those unaware, Serratos plays the character, Rosita, from the recently concluded comics by Robert Kirkman, on which the zombie drama is based.

Coming back to ‘Selena: The Series’, a premiere date and episode count has not been announced. Neither do we know if the episode lengths will be fixed at an hour or half an hour. However, going by Vulture‘s report, the production dates for ‘Selena’ and ‘The Walking Dead’ are likely to clash. Thus, Serratos’ days on the zombie series might be numbered.

Notably, ‘Selena’ was picked up straight to series in December. It has been described as a coming of age story that will focus on the singer, songwriter, model, actress, and fashion designer, who went on to become one of the most beloved entertainers of Mexican-American descent. Upon managing to launch her music career in 1980, Selena was quickly hailed as the “Tejano Madonna”. Eventually, she went on to win a Grammy in 1994 for the best American/Mexican album. This made her distinguished as the first Tejano artist to have won the award.

Selena also ranks as the best-selling female artist in the history of Latin music, with more than 65 million albums being sold worldwide. Unfortunately, the singer was shot and killed in 1995 by her best friend and the manager of her fan club. Yolanda Saldivar, the person who committed the crime, was also embezzling money from the star’s company at the time. Subsequently, she was found guilty and convicted. Currently, she is serving a life sentence. Warner Bros. previously told the story of Selena’s life, which came to a dramatic but tragic conclusion. Jennifer Lopez played the role of Selena on the big screen.