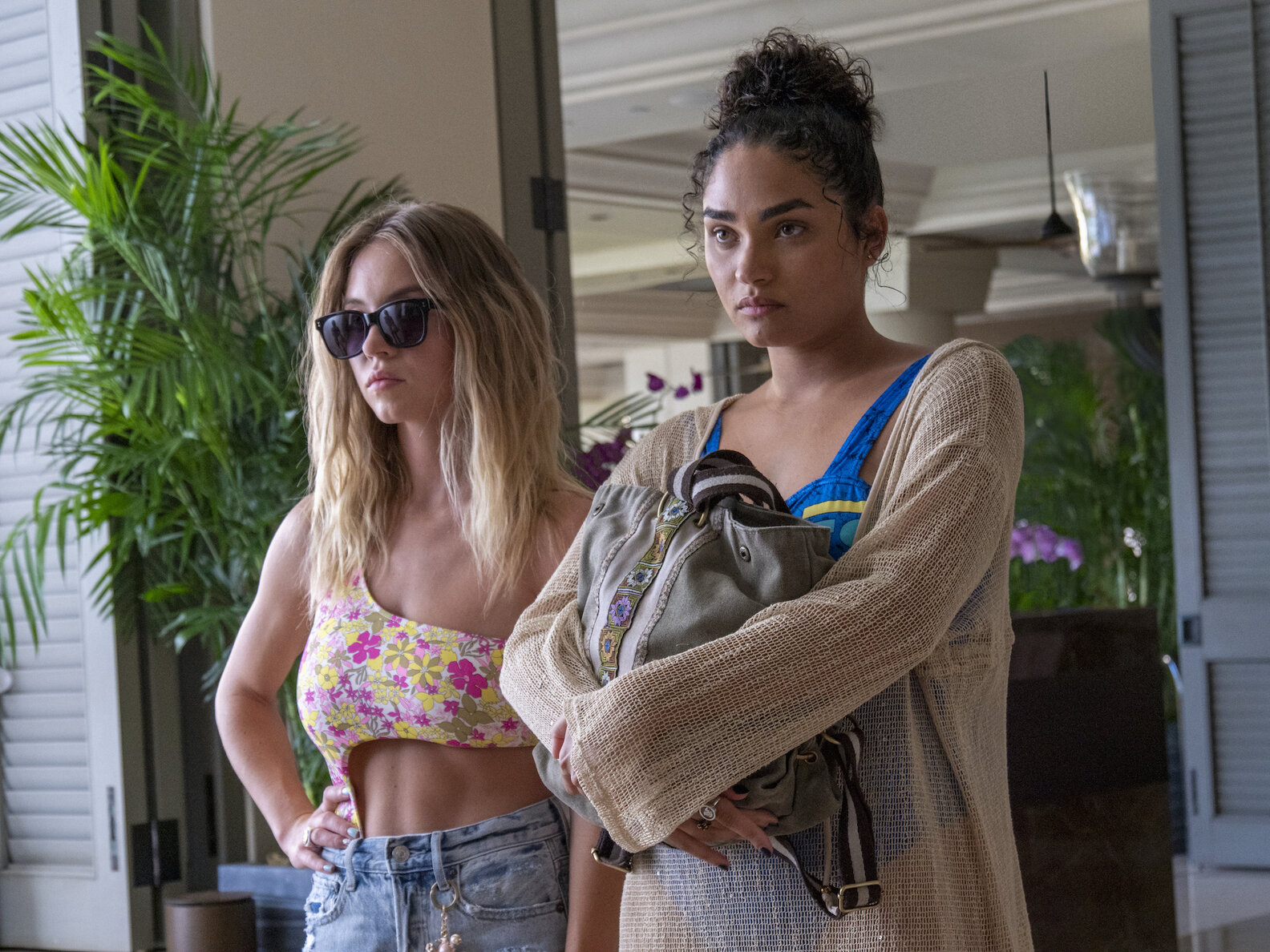 ‘The White Lotus’ is a satirical comedy on human behavior. Episode 3, titled ‘Mysterious Monkeys,’ is all about various facets of sex. Mark (Steve Zahn) struggles to accept the recently acquired information about his late father’s sex life. Facing doubts about her decision to marry Shane (Jake Lacy), Rachel (Alexandra Daddario) questions whether her new husband is interested in things beyond physical intimacy. The sexless status of Mark and Nicole’s (Connie Britton) married life is enunciated. Armond (Murray Bartlett) unsuccessfully tries to seduce one of the employees. Olivia (Sydney Sweeney) sees Paula (Brittany O’Grady) having sex with the busboy, and Quinn discovers that the world exists beyond smart devices and pornography. Here is everything you need to know about ‘The White Lotus’ episode 3 ending. SPOILERS AHEAD.

Still reeling from revelations about his father, Mark spends day 3 of their vacation either in stunned silence or drunken stupor. Seeing him in this state, Quinn tells him that it will be a bad idea to go for the scuba instructions, but Mark waves away his concerns. Later, he runs into Rachel at the bar. Fighting with her own insecurities, Rachel asks Mark how he and Nicole have kept the spark of their relationship alive, prompting him to respond that while the love between him and his wife is there, the spark is long gone from their 22-year-long relationship.

Wanting to show his wife that he can be quite romantic, Shane extends an olive branch to Armond and asks him to arrange a candlelight dinner for him and Rachel, not realizing that while he might be in a mood to let the feud go, Armond isn’t. The hotel manager convinces Shane to take Rachel on a candlelight dinner at sunset on the chartered boat that is supposed to take Tanya (Jennifer Coolidge), so she can immerse her mother’s ashes into the sea.

After being sober for several years, the pressure of being the manager of the White Lotus and dancing to the whims of the rich and powerful have finally gotten to Armond, and he has started using drugs from the stash that originally belonged to Olivia and Paula.

The White Lotus Episode 3 Ending: Why Doesn’t Tanya Scatter All Her Mother’s Ashes?

Tanya is introduced in the show as an emotionally volatile person. Her relationship with her demanding mother evidently had a negative impact on her, and she has grown up to seek out comfort from any source possible. This is why her past relationships hadn’t lasted long, as her then-boyfriends probably thought that she became too attached too quickly. During her time at the White Lotus, Tanya becomes acquainted with Belinda. After the latter helps her with her back pain, Tanya strongly and effectively asserts herself in Belinda’s life. She even declares that she will help Belinda open her own parlor.

With Armond’s help, Tanya charters a boat to scatter her mother’s ashes. However, when she starts throwing the ashes into the sea, she has an emotional breakdown in front of Belinda, Shane, and Rachel. She realizes that she isn’t ready yet to part ways from her mother. So, she puts the remaining ashes back into the box and goes back to the hotel. The scene is meant to be comedic, especially because the audience witnesses it through Shane’s perspective. However, there is an undeniable tragic element that Coolidge brilliantly demonstrates through her purposefully over-the-top performance.

Is Quinn Changing for the Better?

Yes, it seems like he is. When Quinn arrives in Hawaii, he appears to be a reclusive gamer who prefers to spend his entire vacation staring at a screen. His sister and Paula take advantage of this, first forcing him to sleep in the kitchen and then coaxing him to spend the nights at the beach. In episode 3, when Quinn wakes up, he finds that the tides have destroyed all his electronic devices. Without having access to any phone, tablet, or laptop, Quinn spends the entire day agitated. Eventually, he convinces Mark to give him his phone. However, that night, he chooses to gaze at the sea and not at the pornography, and the primal beauty of the former catches his interest in such a way that he completely forgets about the latter.