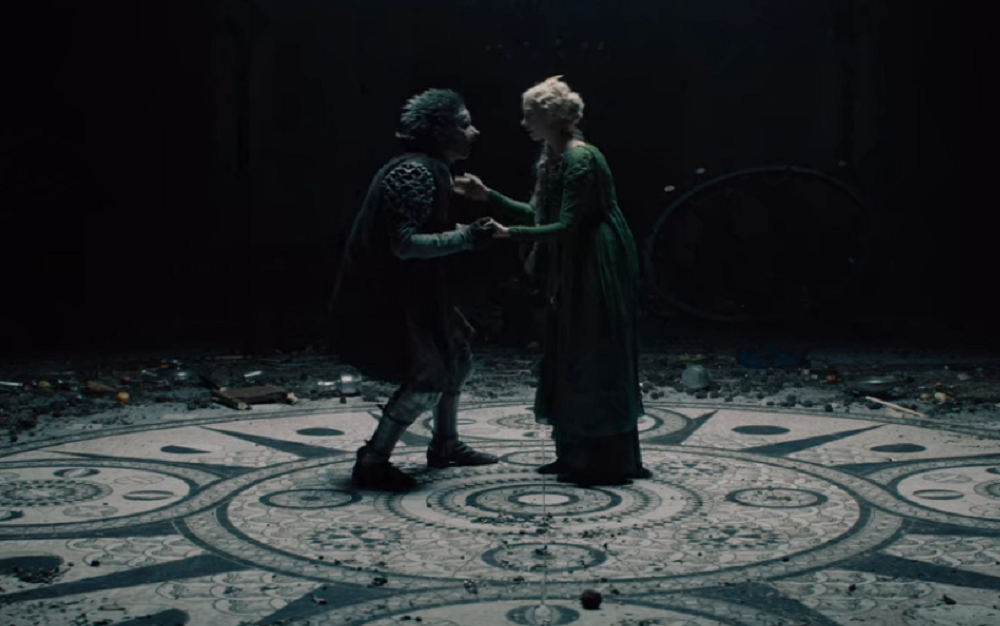 One of the most essential elements of any fantasy story is its central conflicts. The previous episodes of the season—especially the third one—mostly revolved around the inner conflicts of its characters. The small scale conflicts, that portray all the short-lived battles and rifts between characters, have been pertinent in all of the episodes. However, until now, there was no powerful external conflict that was driving the plot forward; episode 4, titled “Of Banquets, Bastards and Burials”, very well fulfills its lack of it.

This central conflict can never be enforced in the storyline and can only be a consequence of the actions of the characters. This is the part where most fantasies go wrong. Instead of making the revelation of this conflict a believable cause, many fantasy movies and shows just rush right through it and initiate a conflict just for the sake of creating one. So, is ‘The Witcher’ any different?

Episode 4 begins with Ciri’s side of the story in which she heads right into the Brokilon forest. This is when she runs into Dryads, who ask her to follow them. Post this, it drifts back to Geralt’s timeline. The Bard, Jaskier, returns and prepares Geralt for a grand dinner at the royal castle in Cintra. Upon arriving there, as promised, Geralt tries his best to keep the Bard out of trouble.

Meanwhile, Cintra’s crown princess, Pavetta, who has just turned fifteen, is expected to choose a groom from the dozens of contenders who have shown up for her. Queen Calanthe notices Geralt standing at the back and invites him to join her. While the two engross themselves in tales revolving around the Witcher’s profession, there is a sudden commotion right outside the gates of the room.

With this, a warrior comes marching in and introduces himself as the Urcheon of Erlenwald. He boldly asks for the Queen’s daughter’s hand in marriage. His helmet is then forcefully removed and his hedge-hog like appearance terrifies everyone. Enraged by this, the Queen orders the Witcher to kill, but he refuses. The Queen curses him and asks all the other men in the room to kill the man. This is when Geralt steps in and saves his life. Urcheon announces that he is bound to the Queen’s daughter by “The Law of Surprise,” but the Queen still refuses to accept his proposal and tries attacking him. As she watches her lover get murdered, Princess Pavetta explodes all over the place with “The Force” and mayhem ensues in the entire room.

Geralt and the druid focus all of their energy on her and somehow calm her down using magic. She then tells her mother how the two of them had been seeing each other for a while now and are in love. Realizing that destiny has brought the two of them together, the Queen accepts their marriage. Thankful to Geralt for saving his life, Duny (Urcheon) tells him that he will offer him anything that he wants. Geralt, who does not believe in destiny at all, announces “The Law of Surprise” by saying “that which you already have but do not know.” But little does he know that, with this, he makes Ciri his destiny.

Meanwhile, at the Brokilon Forest, Ciri ends up drinking from the “source”. And as for Yennefer, her part of the storyline mostly revolves around her battle with another strong sorcerer and her resentment towards her work in Aedirn.

“The Law of Surprise” is a term, or more like a custom, that is unceremoniously embedded in the episode and is repeated time and again. The ones familiar with the books and the games would very well know what it truly means and how it binds so many elements of the story together. But for the uninitiated, it comes down to the show to flesh it out in such a way that pretty much anyone can make sense out of it. At first, the episode’s mild incoherence with the source raises a lot of red flags. And even later, its unpleasant approach towards a potentially emotional and major plot point raises quite a lot of concerns. However, its shocking coda, explains a lot of things with subtle intricacies.

In my review of the previous episode, I expressed how I was blown away by the visuals of the show. The battles scenes, especially the one between Geralt and Striga, was straight out of my imagination. Unfortunately, from a visual standpoint, Episode 4 is no good. Case in point; there is a scene in which Pavetta unleashes “The Force” and breaks loose a pandemonium in the gathering. Along with her lover, she then slowly rises up in the air, while Geralt tries to magically stop the chaos caused by her. The scene, while it does manage to display how incredibly strong Pavetta is and also, in some ways, hints Ciri’s true potential, it somehow lacks a sense of realism to it; especially if we compare it with all the other action scenes so far.

The supporting cast of characters is excellent. Jaskier (most would know him as “Dandelion”), in particular, is exactly how one would picture him to be. Now, for obvious reasons, no fantasy would be complete without a “damsel in distress.” So while both the female protagonists, Ciri and Yennefer, are too busy being badass, Jaskier (Joey Batey) fills the gap and brings in some much needed comical relief. Speaking of the female characters, the episode just rushes through Ciri’s arc. When it comes to Yennefer, her arc is just another representation of her strength as a sorceress and also her despondency towards the hopeless world around her.

In conclusion, Episode 4, despite its shortcomings, does a decent job pulling off one of the most complex aspects of its storyline so far. The world-building, though a bit slow, is being explored a bit further with each episode and the subtle introduction of the “Elder” in Episode 4 is also quite appreciable. But moving forward, as the plot thickens, ‘The Witcher’ will have to stick to its natural course and structure in order to create enough gravity that is needed for the crescendo of the season.