‘The Wrath of God’ (Original title: La Ira de Dios) is an Argentinian thriller that follows a young woman who is convinced that her family is being hunted down by a famous novelist. As members of Luciana’s family perish one by one under unexpected circumstances, the young woman begins to see the mysterious author’s hand in all their deaths. However, the crimes are explained away with maddening simplicity, leaving Luciana to turn to a journalist for help.

The author, Kloster, is an enigmatic character who harbors more than a handful of mysteries. Is he actually on a revenge-fueled killing spree against Luciana? Or is the young girl just the victim of a series of unfortunate events? And what happens to her last remaining family member? Let’s take a closer look at the ending of ‘The Wrath of God.’ SPOILERS AHEAD.

The Wrath of God Plot Synopsis

The film opens at a lavish book launch for Kloster’s newest book, where a thronging crowd waits to meet the author. However, a violent accident (as yet unseen) shocks the crowd, and the story then moves back a number of months. A journalist from the crowd, Esteban Rey, is approached by an ashen-faced girl named Luciana, who claims that Kloster has been killing members of her family over the past several years. Esteban refuses to believe Luciana but then begins to investigate how her family members died. He also has the ulterior motive of kickstarting his flagging journalist career with a sensational story in case Luciana’s claims are proved true. 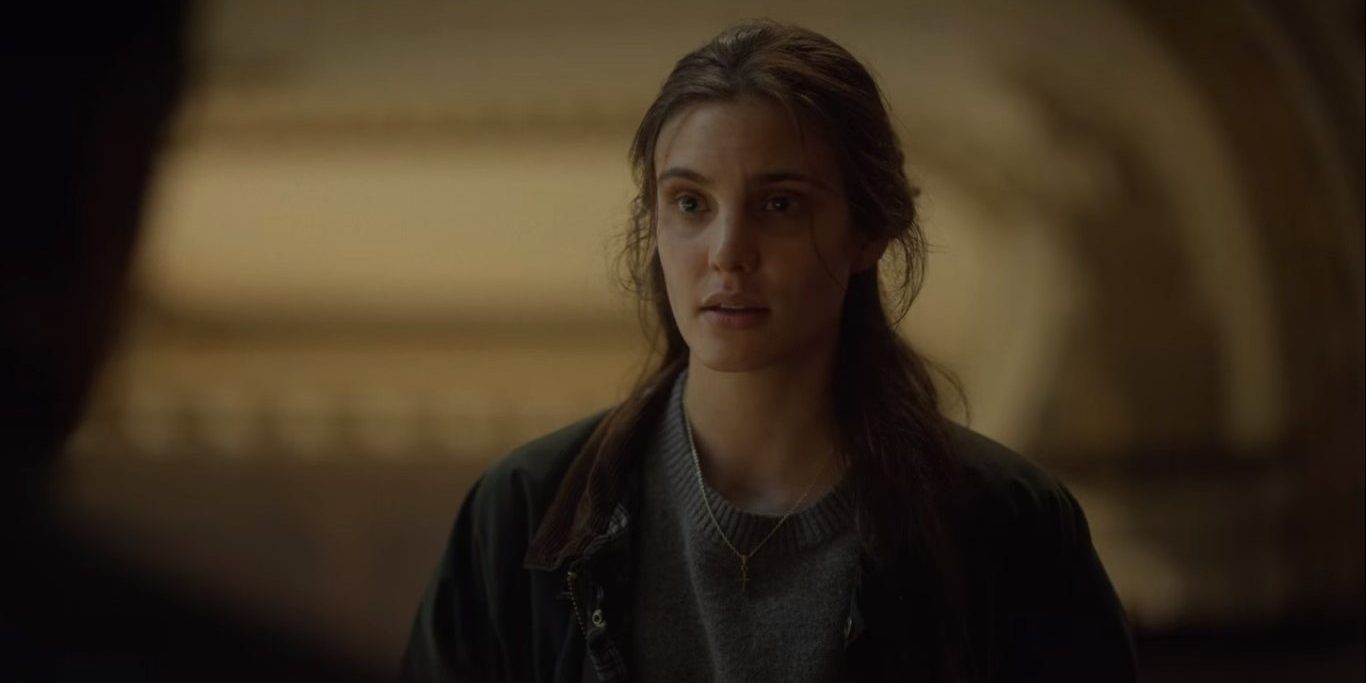 Through frequent jumps on the timeline, we see how Luciana was a scribe for Kloster, whose works contain graphic sexual language. After claiming to misread her signals and attempting to kiss Luciana, the relationship between the writer and the scribe breaks down. However, a subsequent sexual harassment complaint from Luciana then lands up at Kloster’s residence and is seen by his depression-battling wife. When the author arrives home that night, he finds that his wife has killed their daughter and committed suicide. Realizing the tragedy was triggered by Luciana’s complaint, Kloster silently pays her the requisite legal settlement and becomes a shut-in.

Luciana feels bad and doesn’t cash Kloster’s settlement cheque. However, she is unable to stop thinking about him and is shocked to see him during a family vacation. A few hours later, her brother is found dead on the beach as a result of drowning. Luciana claims that Kloster is behind her brother’s death, but no one believes her. A few years later, her parents are mysteriously poisoned, and her father dies. The poisoning is attributed to wild mushrooms they had eaten, but, once again, Kloster’s hand seems to be in the crime.

One by one, Luciana’s family members die from a variety of causes until only she and her sister survive. Though Esteban begins to believe her, his own past dislike of Kloster is revealed, making his input on the matter moot. Petrified for her sister’s safety, Luciana doesn’t let Valentina out of her sight. However, the younger sister secretly makes contact with Kloster and interviews him, even getting an unreleased copy of his new book as a gift. When Luciana realizes that Kloster is in contact with her younger sister, she decides to confront him at his book launch. 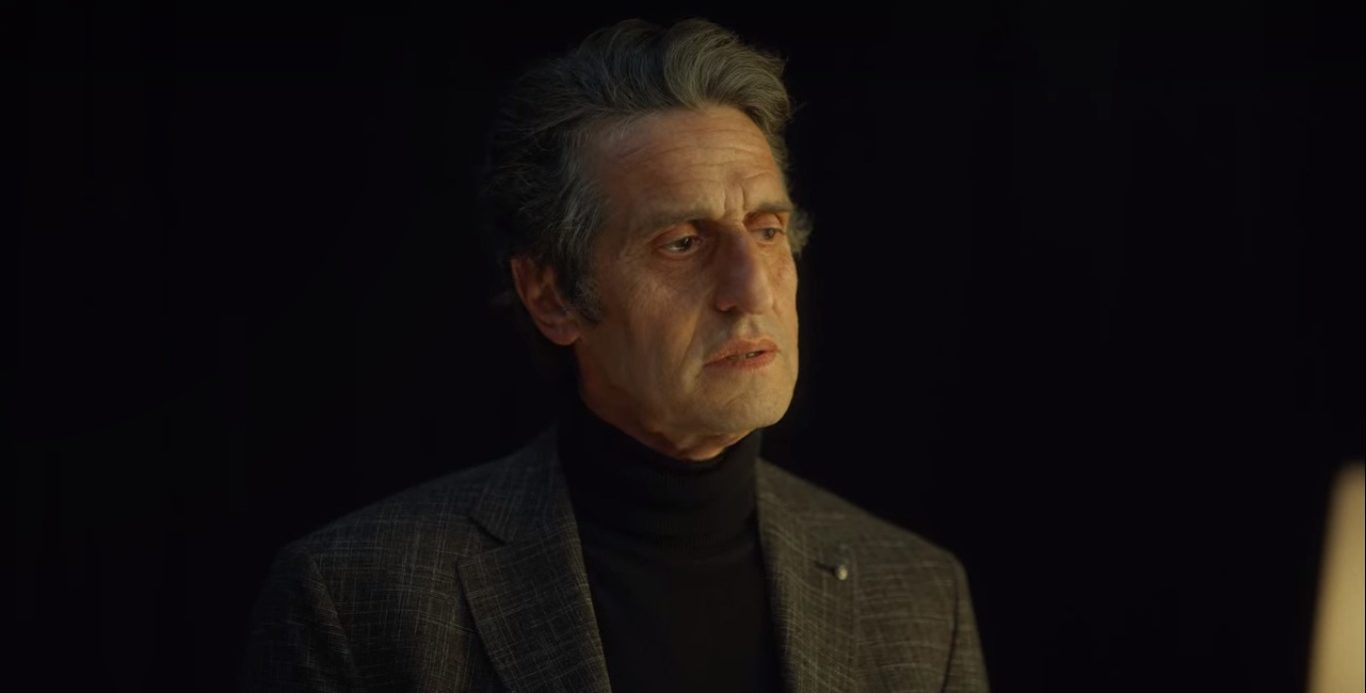 We then go back to the setting that the film opens on, except this time, we are privy to the details of what happens. Kloster goes up to the third floor, where Luciana waits for him. When she hints that she is ready to kill herself in order to save her sister’s life, the author doesn’t try to stop Luciana, and she jumps, dying instantly. The film’s final scene is set during Luciana’s cremation, where we see Valentina and Kloster grieving arm in arm. Esteban, the only other attendee, berates the author for being a monster and reminds him that Valentina is a minor but only gets an enigmatic, slightly threatening response from Kloster.

In the end, even Esteban, who seems to be the only one who takes Luciana’s claims seriously and even investigates them, can’t tell for sure whether Kloster is behind the murders or not. There is a slight chance that the deaths of Luciana’s family members are all part of a string of unfortunate events. However, even Esteban (and surely the viewer) notices that the deaths are too much of a coincidence.

Additionally, two of the deaths — that of Luciana’s brother at the holiday home and of her father from eating poisonous mushrooms, are aspects of the young woman’s life that Kloster knows about. The two other murders can also be loosely linked to the author, but with no direct proof and the authorities not remotely interested in finding the famous author guilty, the deaths are attributed to crimes of passion committed by others. Luciana even claims that the reason Kloster has begun appearing more in public in recent years is so that he has an alibi in case he is ever connected to any of the murders.

Ultimately, there is only circumstantial evidence that connects Kloster to the deaths of Luciana’s family members. However, since he blames the devastating deaths of his own wife and young daughter on Luciana, Kloster definitely has a strong motive. What finally proves (at least to the audience) that Kloster has slowly and meticulously killed off Luciana’s family is that he doesn’t seem surprised by Luciana’s suggestion of suicide in order to spare her sister’s life. In fact, by saying that the fate of her sister is in her hand, Kloster subtly pushes Luciana to take her own life, essentially tying up his decade-long revenge scheme.

Will Kloster Kill Valentina? What’s Going on Between Them?

The film closes on a dark note, with Kloster and Luciana’s younger sister Valentina seeming strangely close to one another. The last thing the author says to Luciana before the latter kills herself is that no harm will befall her younger sister. At Luciana’s subsequent funeral, we see the twisted way in which Kloster has kept his word by not harming the young Valentina but forming what looks like a romantic bond with her. 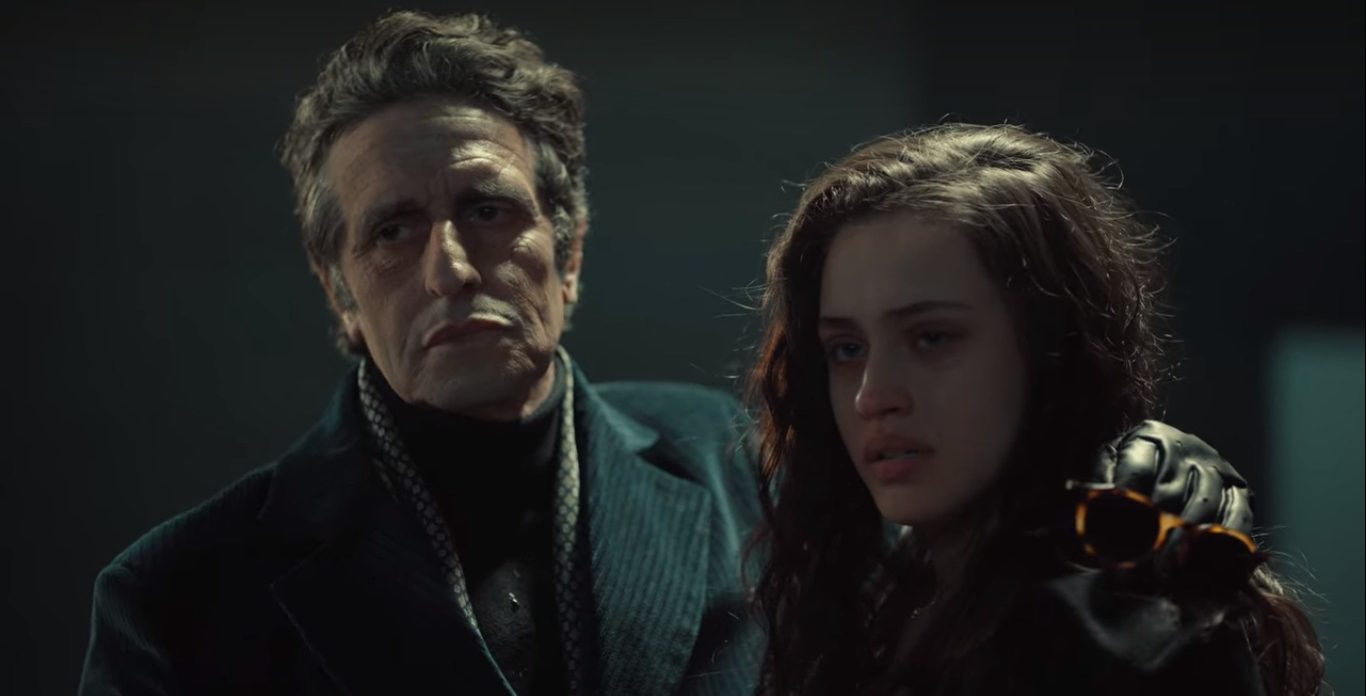 Esteban squirms as he sees Kloster comfort Valentina and kiss her forehead. The journalist reminds the elderly author that she is young enough to be his daughter, to which Kloster agrees, saying his daughter Pauli (who died when she was 5) would have been the same age as Valentina were she alive. However, he then follows it up with the sickening suggestion that Valentina will be 18 in a few months, hinting that they will likely have a romantic relationship. The young girl, who has been sheltered from the truth by Luciana and is excited by the attention the famous author is bestowing on her, has no reason to question his motives.

In his own twisted way, Klastor will keep word to Luciana and not let any “harm” befall Valentina. He relates to the younger sibling since they have both lost their families. Of course, what Valentina doesn’t realize is that Kloster is most likely responsible for the deaths of the rest of her family members and that she is merely the last step of his decade-long plot. By wrapping the young Valentina around his finger, Kloster doesn’t kill but still takes over the life of the last remaining member of Luciana’s family.