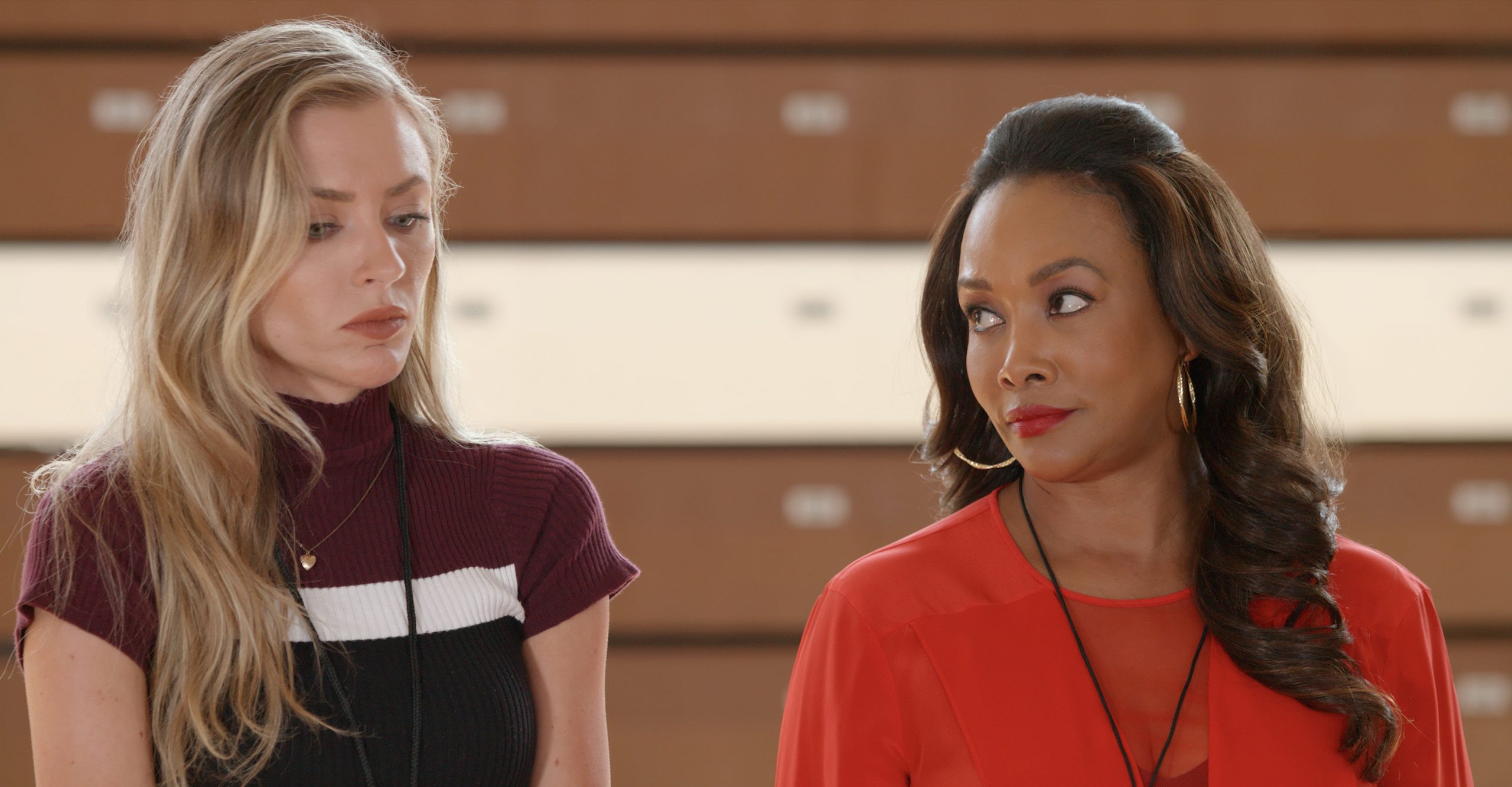 ‘The Wrong Cheerleader Coach’ is another film from Lifetime’s ‘Wrong’ film franchise along the lines of ‘Fear the Cheer.’ Directed by David DeCoteau and written by Adam Rockoff, The college-based thriller revolves around Hanna (Madi Burton) and her father Jon (Corin Nemec), who move to California from Chicago after Hanna’s mother passes away. She is elated to be a part of the cheerleading squad as Coach Burke (Vivica A. Fox) invites her to join the team.

However, the Assistant Coach Devan (Johanna Liauw) is infatuated with her father, Jon, and tries to get close to him by offering to coach Hanna personally. Coach Burke disapproves of the situation, but things get weird when Coach Devan insists that Hanna needs her, especially as a mother figure, and she is not having anyone stand in the way of what she wants. Curious to know about the filming and cast details of the film? We have got you covered!

The story for ‘The Wrong Cheerleader Coach’ is set in a high school in California. Madi Burton, who plays Hanna in the film, used to be a cheerleader in school just like Vivica Fox in her school days.

The production house Hybrid Studios and the casting agency Hollywood & Vine Talent Casting responsible for the making of this film are both based in Los Angeles. There is not much information on the filming of ‘The Wrong Cheerleader Coach,’ but like most Lifetime movies, we believe that this film was shot in a production studio in L.A., taking into account the aforementioned factors. Scenes might have also been filmed in and around Los Angeles for some outdoor shots.

Vivica A. Fox is one of the busiest celebrities in Hollywood, working in full swing even during the pandemic. The safety measures during filming were extremely tight, which assured the actors and the crew their safety. Here is an old post from Vivica herself announcing the marathon of ‘So Wrong, It’s Right’ bunch of films on Lifetime.

The main cast for ‘The Wrong Cheerleader Coach’ is the franchise’s regular, Vivica A. Fox as Coach Burke along with Tara Reid and Corin Nemec as Coach Hughes and Jon, respectively. Vivica A. Fox started her career in the 80s with ‘Soul Train’ moving on to day time opera shows such as ‘Days of Our Lives’ and ‘Generations.’ She has worked with David DeCoteau in multiple Lifetime films before this and also with Tara Reid in ‘Sharknado 2: The Second One.’

Tara Reid is one of the most known faces in Hollywood, mostly due to her appearance in the ‘American Pie’ films and as Bunny Lebowski in ‘The Big Lebowski.’ Corin Nemec is an American actor known for his roles in ‘I Know My Name is Steven,’ ‘Stargate SG-1,’ and ‘Extinction: Patient Zero.’ The cast also includes Madi Burton as Hanna and Johanna Liauw as Coach Devon.