Where Are T.I. and Tiny Now? 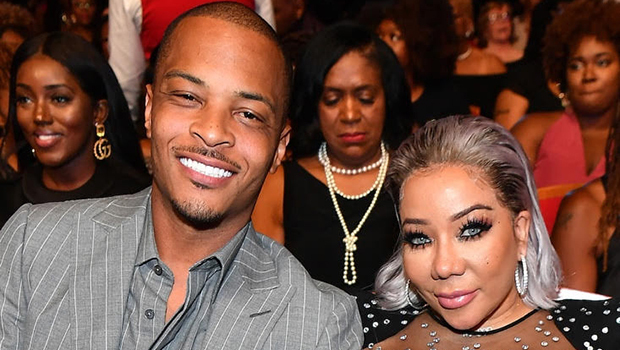 The reel life often differs from real life. The same applies to hip-hop artist T.I. and his wife Tiny, who also has a reality series named after them, titled, ‘T.I. and Tiny: Family Hustle’. However, the couple has had a bumpy ride when it comes to their relationship. Well, their show ended in 2017 but what about the pair’s current status. Are they still together? Read on to know.

The Romantic Journey of T.I. and Tiny

Clifford Joseph Harris Jr. aka T.I. or Tip is a famous rapper, singer, actor, and songwriter. He got involved with ex Xscape singer Tameka Cottle aka Tiny in 2001. At that time, T.I. had three kids — two sons with Lashon Davis and one daughter with Ms. Niko. Tiny was previously in a relationship with Zonnie Pullins and had one daughter. After the couple got together, they became parents in 2004 to their son King Harris. Later, they also had a second son, Major Philant. However, in 2007, Tiny suffered from stillbirth and could not welcome their baby daughter to the world.

After an on-and-off romance of nearly 10 years, the couple tied the knot in 2010. However, things soon got sour between the two, and Tiny filed for divorce in December 2016. She said that T.I. had cheated on her and hence, she decided to separate from him. But in 2017, Tiny confirmed that they were back together and had reconciled. So, the next question is, was the reconciliation permanent, or was it temporary? Are they still together? Read on!

Are T.I. and Tiny Still Together?

In December 2019, the pair made an appearance in the Facebook Live Show, hosted by Jada Pinkett Smith — ‘Red Table Talk’. Tiny explained that when T.I. was released from prison and came back home, their dynamics totally changed. During her husband’s imprisonment, Tiny was forced to become more independent — a change that T.I. did not like when he returned. Tiny said in the show: “I went and found my own voice… It wasn’t what he was used to. He was used to controlling things and having things his way at all times, but once I got on my own two feet, I felt like I should have a voice too.”

As a result, their marriage started to crumble. T.I. confessed that he had been unfaithful during the days leading to their separation. However, after the split, T.I. realized what he was missing out on and decided to improve himself. He then decided to come back to his wife. Since then, the couple has been going strong and yes, they are still together!

On March 9, 2020, T.I. posted a picture with his wife, expressing his gratitude toward her. This is what he wrote: “Happy International Women’s Day. To the women in my life. Love you & appreciate you all. I’d gladly risk it all for you in a Blink… I would DIE &/or KILL just to ensure no hurt harm or danger comes your way‼️Thanks for making My Life All it is Today????????????#HappyWomensInternationalDay.”

Well, there’s no reason to doubt that the couple is enjoying their time with themselves and their fam. Even the chemistry has not waned a bit. On March 26, 2020, the family celebrated Heiress’ fourth birthday. Tiny posted a picture of her daughter with the caption: “It’s almost my Sunshine @heiressdharris birthday so I’ll be loading my page with my Blessing!! Quarantine 4th birthday celebration @caitlinjody_ has been staying down wit us!! ???”