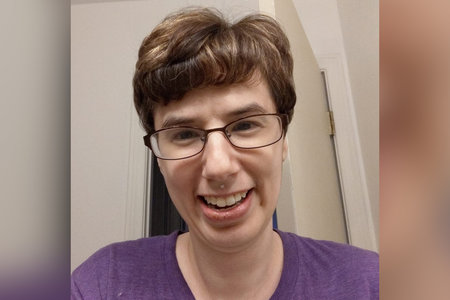 Investigation Discovery’s ‘In Pursuit With John Walsh: Deadly Secrecy’ chronicles the tragic murder of Tiffany Booth, 35, in October 2020 in the desert near the town of Indian Spring, Nevada. She had been reported as missing since the first week of October and her body was found a fortnight later. Investigators are still on the lookout for her killer which they have identified and issued an arrest warrant. If you want to know more about the case as well as the identity of the perpetrator, we’ve you covered. Let’s dive in then, shall we?

How Did Tiffany Booth Die?

35-year-old Tiffany Booth of Las Vegas was working at a telecommunication company when she was reported missing by her family. Her cousin, Angelena Moore, 40, described her as the “heart and soul” of the family who unified family members, including Angelena with her father’s family as well as introduced her to her half-brother. She reminisced, “Tiffany is definitely the glue that held this side of the family together. She was the one who constantly said we need a family reunion, we need to get everybody together.”

Hence, it came as a shock when her body was discovered by the Las Vegas Metropolitan Police Department’s homicide team in the desert near the town of Indian Spring, Nevada, on October 19, 2020. She had been at that time reported missing for 2 weeks from an apartment near Boulder Highway and East Tropicana Avenue, which she shared with her erstwhile boyfriend. Due to the ongoing investigation, the authorities have not disclosed the manner and cause of Tiffany’s death.

Tiffany Booth started dating Eduardo Clemente, 38, who was a colleague of hers from her workplace, in mid-2020. Though most of her family had never met him, Eduardo moved in with Tiffany in May even before they had started dating. As per her family, kind-hearted Tiffany allowed her co-worker to stay with her when she heard he had no permanent address so that both of them could work from home together. Her cousins stated that Tiffany started dating Eduardo sometime after, and they had been in a relationship for about 2 months.

Tiffany was very active on Facebook, posting updates daily, and kept in touch with her mother, Judy Booth, daily. Her family last saw her alive when she and Eduardo had dinner with them on September 27, 2020. Since then, her daily updates on Facebook halted and she sent a suspicious text to her mother a couple of days later stating that she was headed to Boulder City. When Judy failed to get in touch with her daughter, she reported her missing to the Las Vegas Metropolitan Police Department on October 5, 2020.

Three days later, Tiffany’s car was discovered by an individual in a desert near the city of Ely which lies on the eastern edge of Nevada. Officers ransacked the apartment that Tiffany shared with Eduardo as well as her car to find evidence that pointed towards foul play. As per police reports, investigators found that Eduardo had taken almost all his belongings with him while Tiffany’s belongings were still in the apartment, except for her medicine bag. LAPD handed over the case to their homicide division and Tiffany’s body was found a few days later near Indian Spring.

The investigators named Eduardo as their primary suspect in the suspected homicide case and issued an arrest warrant against him on November 5, 2020, as per records of the Las Vegas Justice Court. The arrest warrant mentions charges of grand larceny of a motor vehicle, 6 counts of credit card theft, and 1 count of murder.

Where is Eduardo Clemente Today?

The police mounted an extensive search for Eduardo but could not trace him. Angelena had started a Facebook page, made shirts that read “#JusticeforTiffany”, and started a funding campaign to raise money for a cash reward in exchange for information and to spread awareness. She raised around $5,000 initially which she utilized to put up billboards.

Angelena also claimed that her page receives thousands of tips daily, one of which came from a former co-worker of Tiffany in San Antonio, Texas. The tip stated that Tiffany’s cell was pinging in Idaho, which was later corroborated by the investigating officers who claimed that Eduardo had allegedly spent some days in Idaho. Detectives had also been sent over to an undisclosed city to investigate, though Eduardo remains absconding to date.

Metropolitan Police Department Lt. Ray Spencer said, “We have not located Eduardo; we do not know where he is. I want to draw special attention to anyone who lives in any remote areas, specifically northeastern Nevada near the Ruby Mountains, near Ely, and also into Idaho and any other areas that could be remote. We believe he is hiding out in the mountains.”