Where is Tiffany From Crazy Delicious Now?

If you are a fan of cooking competition superhits like ‘The Great British Bake Off’ or ‘Top Chef’, you must have watched ‘Crazy Delicious’ — Netflix’s twist on the culinary genre. Each episode features three chefs who need to prove their abilities in order to win the coveted golden apple — while working in surroundings that look like the backdrop of a fairytale. Showcasing Jayde Adams as the host and Carla Hall, Niklas Ekstedt, and Heston Blumenthal as the Gods aka judges, this whimsical reality series managed to amaze fans with its spectacular edible presentations — created by some of the most talented artists. One of the contestants featured in the show is Tiffany, who succeded in wow-ing everyone with her unmatched skills. Let us now get to know her a little better.

Tiffany made an appearance with two other contestants in the second episode of ‘Crazy Delicious’. The 39-year-old chef was joined by 56-year-old comfort-food king Tony and vegan food blogger Romy. The magic ingredient given to them in round 1 was mushroom. But since none of the participants were able to meet the judges’ expectations, there was no winner in this round. Neither were even given the extra 10 minutes which is usually given to the star performer. After the second round, Romy was eliminated. Tiffany whipped up a grandiose Taiwanese takeout in the finale and she won against Tony who concentrated on a tropical takeout theme. You can have a look at Tiffany’s elaborate edible display below: 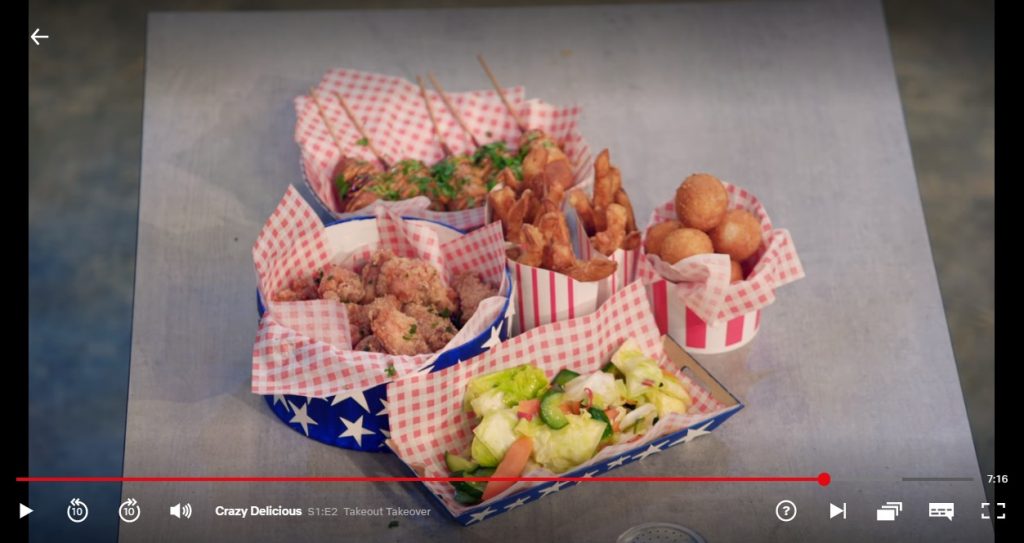 Where is Tiffany Now?

A native of Taiwan, Tiffany moved to California when she was 12 years old. Currently, she is a mum and as she describes herself in the episode, she says that she likes to make her food “quite cutesy sometimes,” and prepares “adorable little characters” that are edible. Tiff currently resides in London, the UK. She is an avid food blogger + chef and her social media platforms are packed with her mesmerizing creations.

However, it seems her life is now back on track and she has again resumed what she does best — yes, cooking up delicious, elaborate meals. Here’s is one of her latest posts which prove that what we are saying is true!

Read More: Crazy Delicious: What is the Golden Apple? Who are the Winners?