Crazy Delicious: What is the Golden Apple? Who are the Winners? 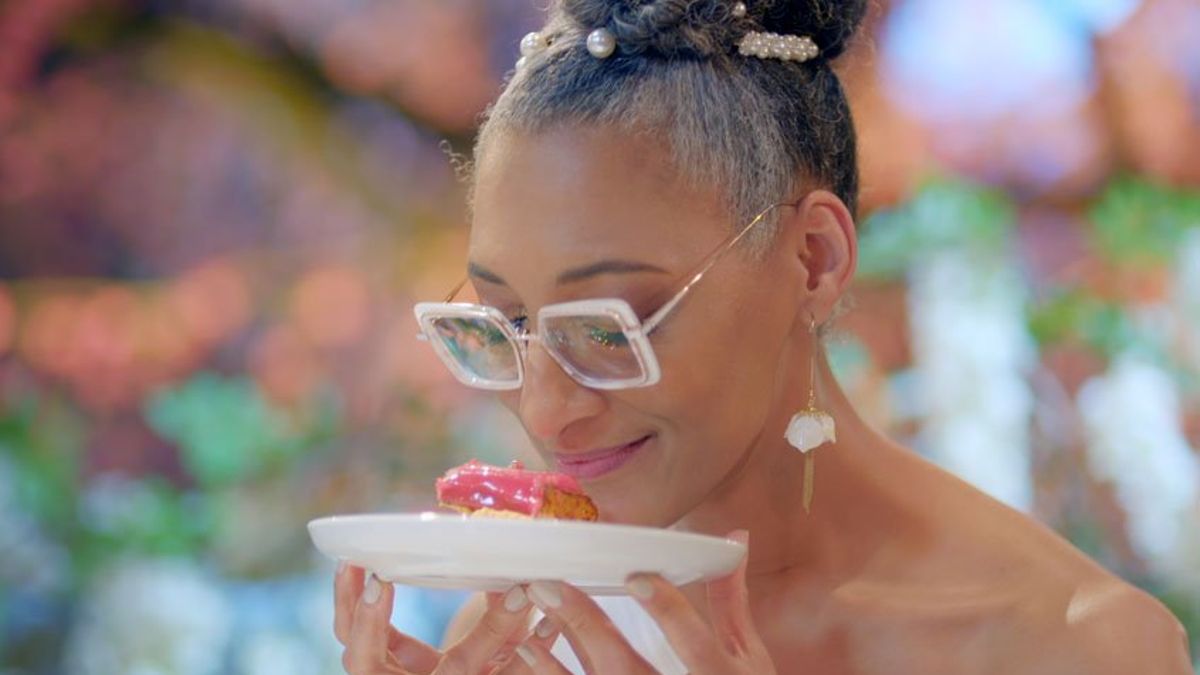 ‘Crazy Delicious‘ is an innovative and fun cooking show, that has amassed quite a bit of fan following on Netflix. We see the contestants preparing mouth-watering dishes in a setting that could be out of a fairy tale. The ‘Food Gods’ or judges, then pick the winner. Unlike most cooking shows, where the competition progresses over episodes, ‘Crazy Delicious’ limits it to one episode. Three participants face-off and after rounds of cooking, a winner emerges.

Since it is a competition, there is a grand prize at the end of each episode for the winners. However, unlike most American shows, ‘Crazy Delicious,’ which is of British origin, does not have a cash prize. So, what is the prize on the show and who have won it so far?

What is the Golden Apple?

As we mentioned, ‘Crazy Delicious’ does not have a grand prize. In each episode, the winner is given a Golden Apple. It is exactly what it sounds like. The Golden Apple is a trophy given to the best performing chef. Here’s a picture of the judges with the prize in hand.

So, why no cash prize? Well, ‘Crazy Delicious’ is actually a British show, and the custom across the pond is to acknowledge contestants for a job well done, rather than giving them a cash prize. Moreover, most of the cooks who feature on the show gain a lot of exposure, including job offers and book deals. Several people use the show’s popularity to launch their careers and social media outreach as well. Thus, this is considered to be the real prize contestants get, while the Golden Apple is a token that the winner gets to keep.

Who Won the Golden Apple in Season 1?

As we explained, ‘Crazy Delicious’ sees the competition limited to one episode, which means there is one Golden Apple winner in each episode. So, who are the winners in Season 1?

In the first episode, we see Joseph, who specializes in Afro-Caribbean cuisine. He walks away as the winner after the third round, which includes a barbecue challenge. Joseph’s jerk watermelon, shredded pork, chicken, and red cabbage emerge victorious in the contest.

In the second episode, Tiffany, the 39-year-old cutesy food cook inspired by her Taiwanese roots, walks away with the prize. Her Taiwanese takeout in the final round wins her the Golden Apple, which she tearfully accepts.

The third episode sees Samira emerging as the winner after she has to create a delectable outdoors feast. Her rainbow picnic wins her the Golden Apple.

Adam, a youth worker, walks away with the prize in this episode. In the final round, creating a birthday meal is the challenge and Adam’s Mac and Cheese cake makes him the winner.

Let There Be Brunch

The brunch themed episode witnesses Harry walking away with the grand prize, after his menu, consisting of a honey cake, a stew, and a martini, wins against the frontrunner’s croque-en-brunch.

In the final episode, Hanelore emerges as the winner. It is a surprise for the new baker who just started her hobby a year before appearing on the show. Her fairytale-themed confections and finger sandwiches help her emerge as the winner.