Developed from the DC Comics superhero team ‘Teen Titans,’ HBO Max’s ‘Titans’ is an action-adventure series that revolves around the eponymous team of extraordinary metahumans as they take on interdimensional demons, world-class assassins, and psychotic criminals. In season 4, on their way to San Francisco from Gotham on an RV, the Titans make a detour at Metropolis and are soon pulled into a mystery that involves one particular evil billionaire and a dangerous cult that has been active for centuries. Here is everything you need to know about the ending of ‘Titans’ season 4 episodes 1 and 2. SPOILERS AHEAD.

Although the problem in Gotham has been successfully solved, the team isn’t exactly happy as they return to San Francisco. After all, they have lost various members to one thing or another. Hank was killed and seems to be the only member of the team that wasn’t resurrected. Dawn moved to Paris after Hank’s death. In the season 3 finale, Donna goes to Paris as well to deliver Hank’s message from the beyond to Dawn and is later offered a position in A.R.G.U.S. Komand’r leaves Earth, while Jason departs to find his place in the world, realizing that most members of the team no longer trust him. However, not everything is bad. The Titans have a new member — Tim Drake (Jay Lycurgo)

While stopping at a bowling alley, Dick (Brenton Thwaites) gets a call from his former mentor, Bruce Wayne, informing him that Superman wants to meet Superboy. So, the group decides to make a detour at Metropolis. Unfortunately, Conner doesn’t get to meet the Man of Steel, but his other biological father, Lex Luthor (Titus Welliver), who has begun to dabble in the occult after finding out that he is dying of Kryptonite poisoning. 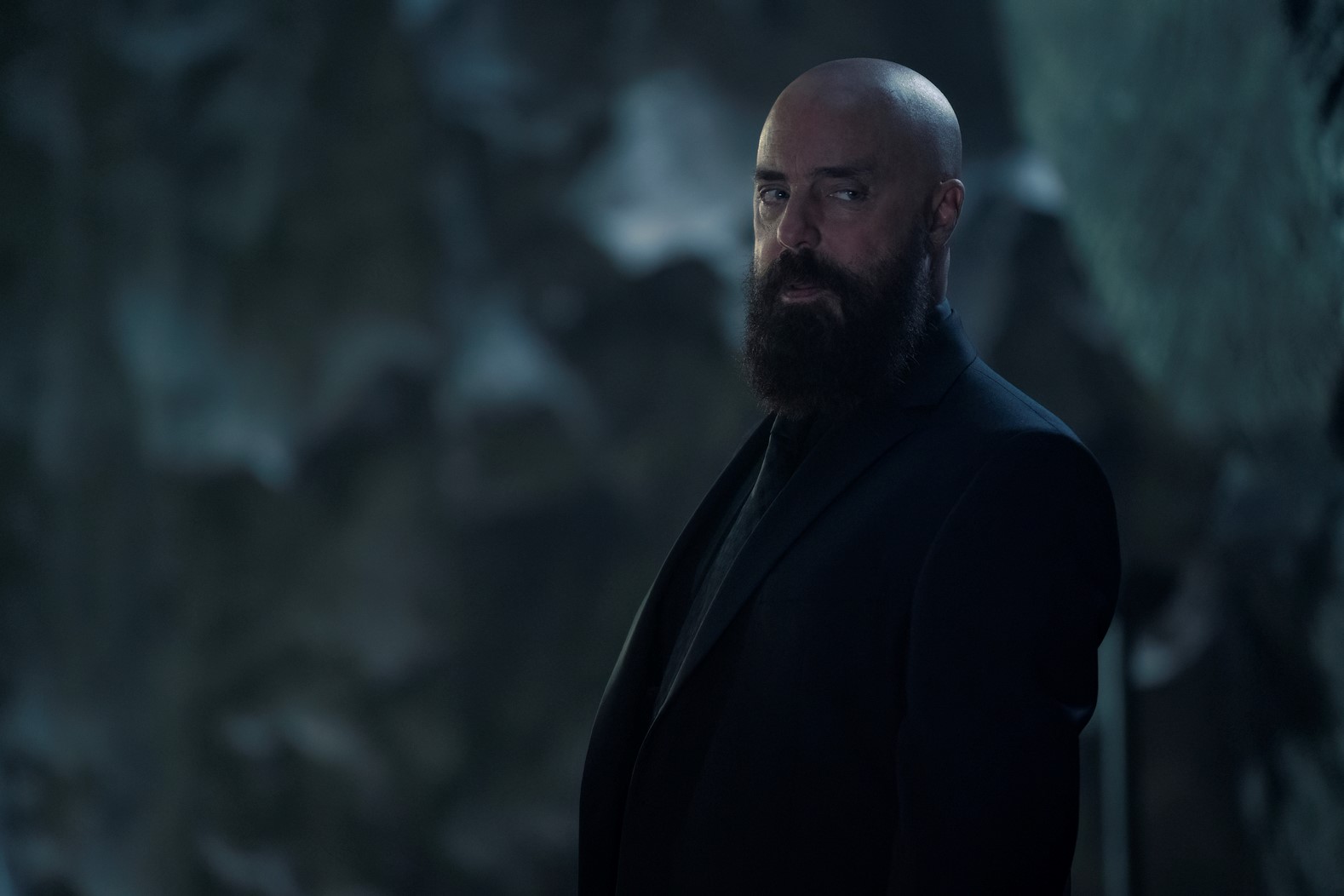 The first episode, titled ‘Lex Luthor,’ ends with the shocking death of Luthor. Welliver is great in any role. But he brings certain gravitas and a sense of danger to Luthor that have been previously unseen in live action. I realize why the series writers have decided to kill Luthor off in ‘Titans,’ but it’s honestly a missed opportunity. As death is not entirely permanent in the ‘Titans’ universe, one can only hope that he will return later.

Luthor dies a violent and unnatural death, with a serpent coming out of his mouth. As Conner was with him in his last moments, he is arrested on suspicion of murdering the billionaire in episode 2, titled ‘Mother Mayhem.’ As his team begins investigating the incident, they realize that dark magic is involved. Elsewhere, a seemingly ordinary developer named Sebastian (Joseph Morgan) starts to undergo certain changes, and the darkness with him begins to manifest.

Titans Season 4 Episodes 1 and 2 Ending: Who Is Sebastian? Who Is Mother Mayhem? What is the Church of Blood?

Although Luthor’s presence this season has made the fans wonder whether he is the main antagonist this time, it quickly proves not to be the case. Luthor hired May Bennett (Franke Potente) to find the Temple of Azarath. After five years of searching, she discovers its location. However, at the moment of their shared glory, Luthor fires Bennett, claiming the temple all for himself. The retaliation soon comes against Luthor and everyone else involved in the search, as Bennett’s alter ego, Mother Mayhem, orchestrates their deaths. 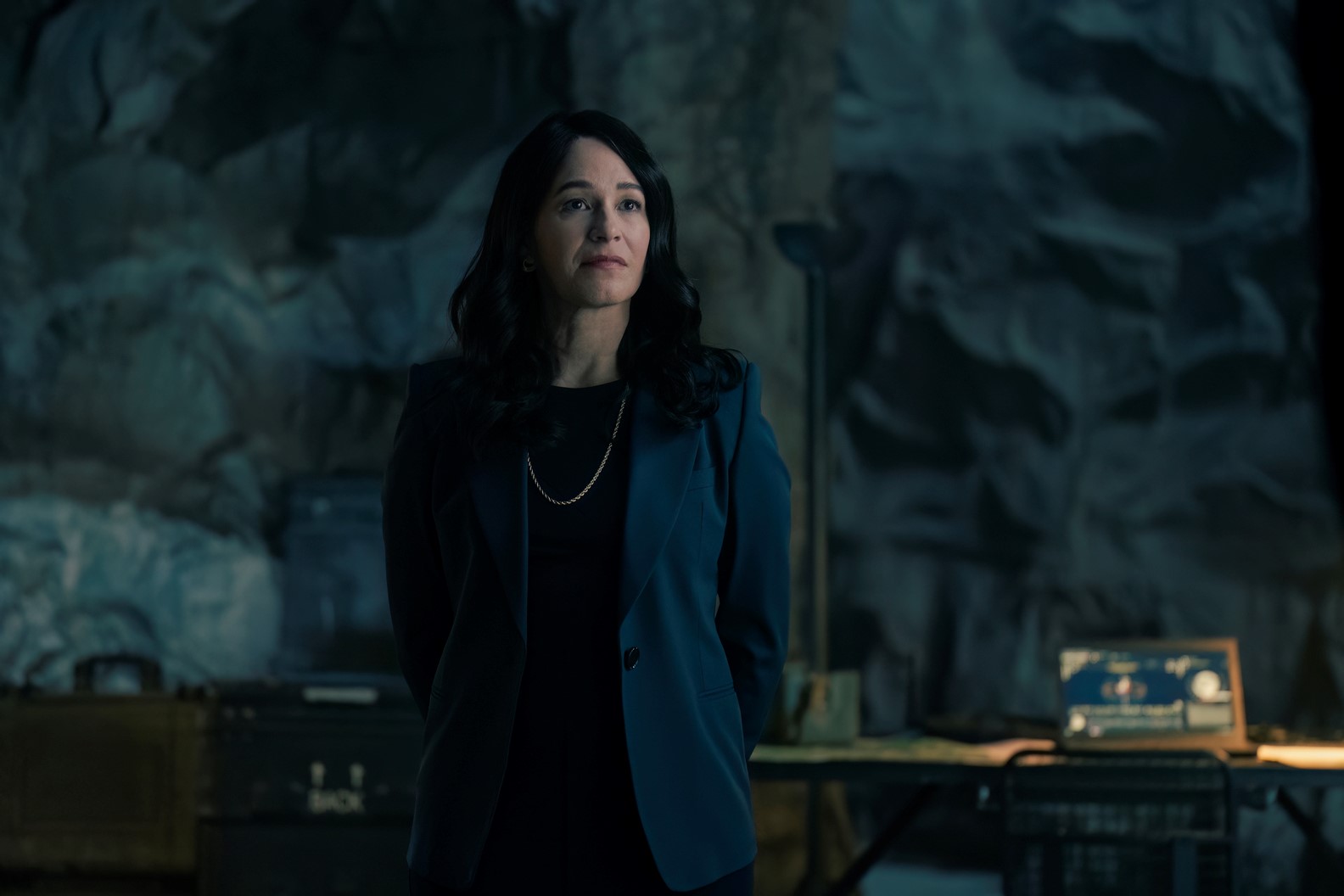 In the comics, Bennett is the second Mother Mayhem after Anna Resik (New Earth). A high-ranking member of the centuries-old blood cult known as the Church of Blood, a Mother Mayhem is supposed to be the consort of the current Brother Blood, the leader of the cult, and the mother of the future Brother Blood.

The Church of Blood was originally established in the fictional European island nation of Zandia in 1202 by the original Brother Blood, who was eventually killed by the second Brother Blood. And that cycle has continued since. Given that ‘Titans’ Mother Mayhem is Bennett, it’s safe to assume that the Sebastian we see in the show is Sebastian Blood VIII.

Is Raven Dead? Why Does Her Hair Turn White?

No, Raven isn’t dead. Toward the end of episode 2, Mother Mayhem appears in front of the Titans’ RV, forcing them to confront her. She easily defeats almost all team members, including Raven (Teagan Croft), who loses consciousness, and her hair turns white. However, Starfire (Anna Diop) proves to be more than a match for Mother Mayhem and forces the latter to retreat. This explains why Luthor was interested in Kory.

In the comics, the Church of Blood worships Trigon, the interdimensional demon who is Raven’s father and serves as the main antagonist of season 1. The Azarath mentioned in the show was once a paradise that existed between dimensional planes. Its residents decided to discard all their dark emotions and throw them out into the Limbo beyond the Great Door. However, these evil things didn’t disappear and gathered together, and they traveled through the infinite dimension, eventually becoming Trigon. 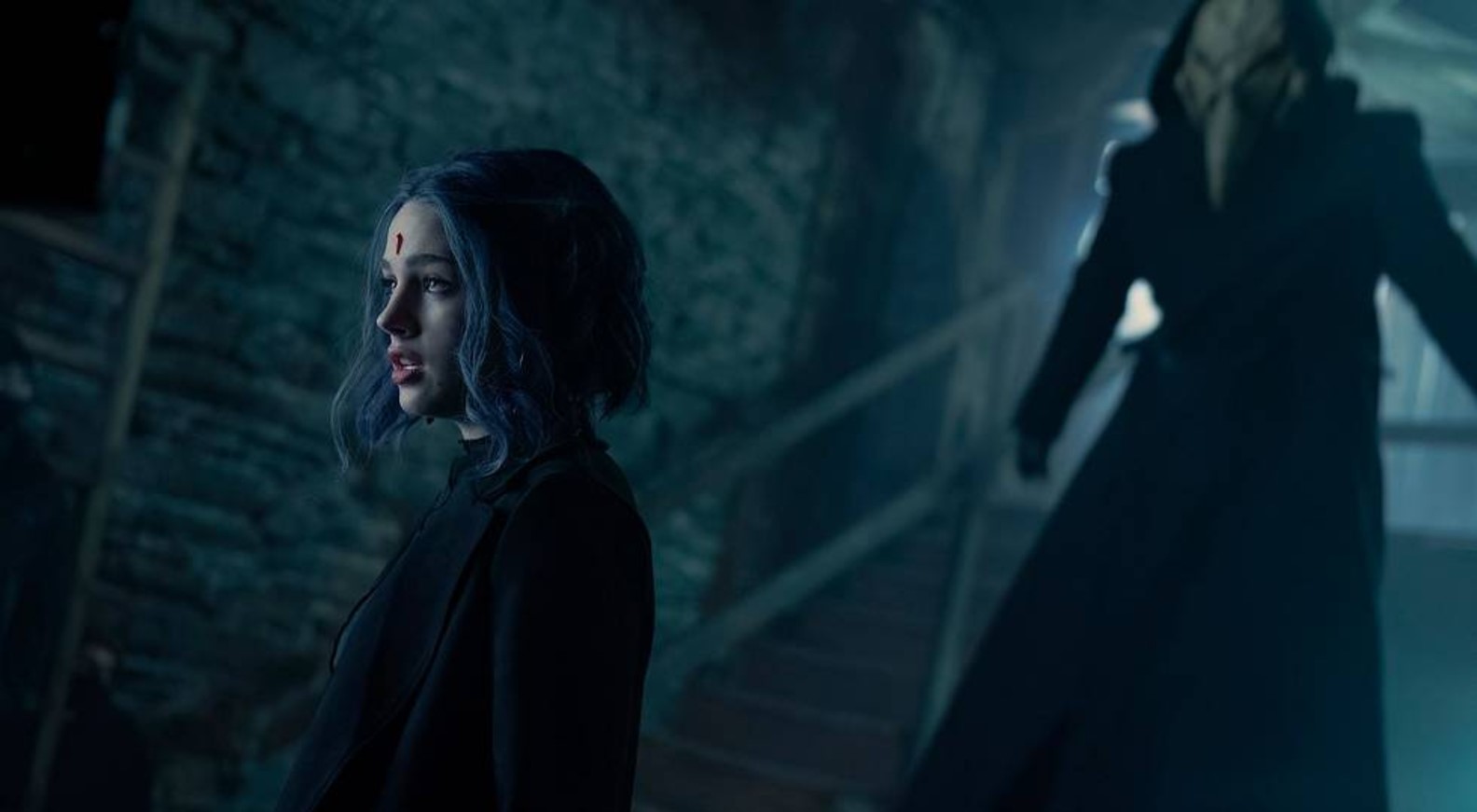 Evidently, season 4 is set to further explore Raven’s story. The change in Raven’s hair color is likely the show’s way of demonstrating her transformation into White Raven, the most powerful and important version of the character. In the ‘Teen Titans’ (2003-2006) cartoon series, Raven wears an all-white costume after this transformation. It will be interesting to see whether the ‘Titans’ writers have decided to give her a white suit as well or just stick with the white hair.

As White Raven, she has access to all her hidden power and inner purity, which are formidable forces against evil. While the comics don’t exactly have a White Raven, they do have something equivalent — astral image (soul self).

Read More: Why Is Cyborg Not in Titans?