Two seemingly random murders two days apart had the authorities in Colorado scrambling for answers. But as they dug deeper, a cold-blooded plot came to light. Investigation Discovery’s ‘Valley of the Damned: The Kill List’ delves into how Nathan Leon and Tom Clements were killed by the same man, with the police eventually uncovering why it happened. So, if you’re wondering what exactly happened in this case, here’s what we know.

How Did Tom Clements and Nathan Leon Die?

Nathan Leon was a 27-year-old married man with three daughters. The loving father and husband was married to Katie Leon, with whom he had twin girls in addition to another daughter from a previous marriage. Nathan worked as a library assistant with IBM in Boulder, Colorado, and took up a part-time job delivering pizzas. On March 17, 2013, the pizza shop called the authorities to report him missing.

Nathan was later found in a remote stretch of Golden, Colorado, shot to death. His pizza uniform and visor were missing. Just two days later, another gruesome murder had everyone in shock. Tom Clements, the 58-year-old executive director of the Colorado Department of Corrections, was shot to death at his home in Monument, Colorado. The father of two was found with his wife on a staircase; she called 911 at around 8:42 PM on March 19, 2013, saying someone shot Tom in the chest as he answered the door.

The authorities were soon led to their primary suspect, Evan Spencer Ebel. The 28-year-old had a troubled life and had been on the wrong side of the law several times. In 2003, he pointed the gun at an acquaintance and demanded money. A few days later, the police found him in the backseat of someone’s car with a firearm that had its serial number scratched off. By the start of the following year, things began to get worse. Many believed that his violent life took a turn for the worse after his teenage sister’s death in January 2004.

Later that year, in separate incidents, Evan carjacked a teenager, pointed a gun at another woman, and shot himself accidentally. He was then sentenced to eight years in prison for the carjacking, starting his term in June 2005. But things didn’t change much on the inside because, in November 2006, Evan attacked a correctional officer, later pleading guilty to second-degree assault. He spent almost all of his time behind bars in solitary confinement, which affected him badly.

Investigation revealed that Evan got out of prison in January 2013 after what seemed like a clerical error. While he was supposed to serve a consecutive four-year sentence for assaulting the officer, it was never mentioned in the warrant sent over to the Department of Corrections, so it was concluded that it was a concurrent term. Then, Evan’s friend, Stevie Vigil, bought a 9mm handgun on March 6, 2013, later giving it to him.

About a week later, Evan cut off his ankle bracelet and bought a car. On March 17, he ordered a pizza, luring Nathan to a truck stop where he killed the 27-year-old. A recording device found later had evidence of Evan forcing Nathan to make a statement that seemed to point to Evan’s displeasure at solitary confinement. Part of it read, “In short, you treated us inhumanely, and so we simply seek to do the same; we take (comfort) in the knowledge that we leave your wives without husbands, and your children fatherless. You wanted to play the mad scientist; well, they will be your Frankenstein.”

The authorities believed that Evan stole Nathan’s uniform and other things, using that as a way to get Tom to answer the door. In the months that followed, the police also found out that Evan was part of a white supremacist prison gang called the 211 Crew. By 2016, the authorities believed that Tom’s murder was part of a conspiracy that involved the crew members. They felt that Evan was helped in committing the slayings.

How Did Evan Ebel Die?

After the killings, Evan fled to Texas and was stopped for a traffic violation in Decatur on March 21, 2013. That eventually led to a gunfight with the sheriff’s deputies, where the 28-year-old was killed during the chase. Evan shot a sheriff’s deputy in the forehead, chest, and shoulder. In his crashed getaway car, the authorities found Nathan’s shirt, a visor, and a pizza box. 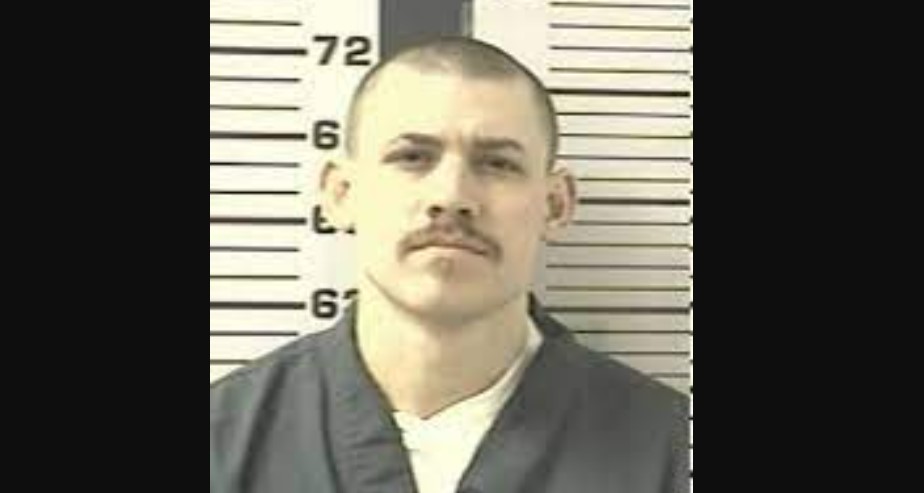 They also located directions to Tom’s house, bomb-making materials and instructions, a voice recorder, duct tape, zip ties, and surveillance equipment. The same 9mm gun was later confirmed to be used in both the murders and was traced down. In 2019, it was reported that an informant agreed to testify regarding the alleged involvement of the 211 Crew. But by the time the Colorado Attorney General’s Office learned of it, the statute of limitations had passed.