Watching Tommy Lee Jones act is quite interesting. His bland resting face and a genuine sense of weariness give us a profound outlook on his marvelous career. He makes acting look so effortless and natural, that I highly doubt he’s even aware of the cameras around him. Lee’s place as one of the best of his generation is pretty much uncontested. His varied work and an alluring body of work is a testament to his acting prowess. Old-fashioned and conventional in his persona, Lee’s rustic charm and magical baritone take us back to the eras of the ’60s and remind us of the beauty and class of the period.  Here is the list of top 12 movies of Tommy Lee Jones. 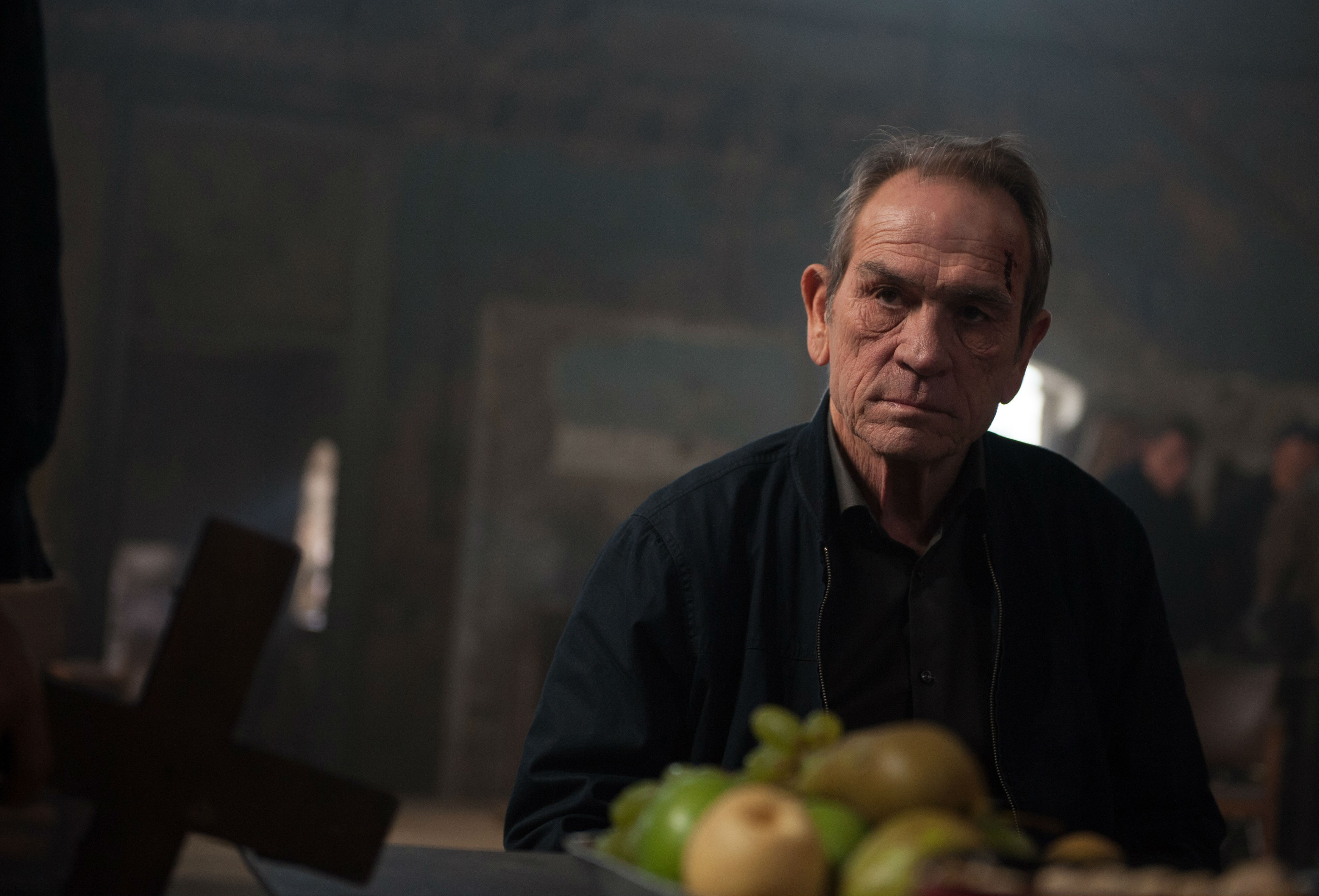 ‘Criminal’ was heavily expected to rule the roster. With a cast to die for and a freshly sanctioned director, it was set for skyscraper heights. Alas, it couldn’t even recoup its budget. Memories getting transferred from one human being to another seems like a far-fetched concept but is full of endless possibilities, something which the film is unable to take care of. The spirited cast does put up a fight, but one which isn’t enough to bear the brunt of a languid screenplay and dull direction. For half the film, the audiences were confused about its genre. And disappointingly, so was the film. De Niro and Pfeiffer lead the cast with able support from Jones but aren’t enough to save a blurry effort. ‘The Family’ suffers from an overly familiar setup and a number of jarring tonal shifts which hinder its potential to become something memorable. The overly familiar story-line does no good to an already erratic tone which is distorted and heavily misdirected. 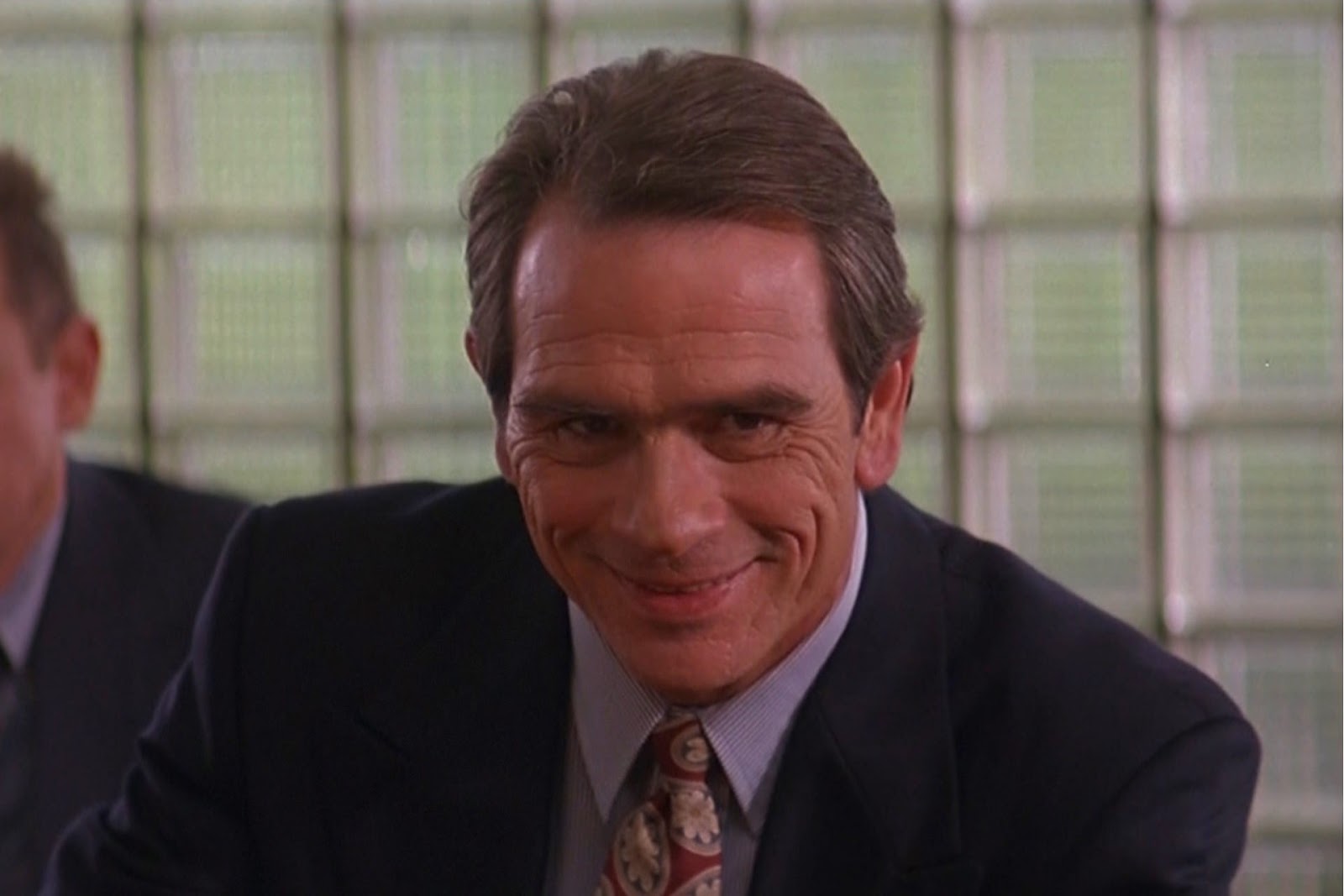 ‘The Client’ is one of the most famous Hollywood films in India. Constantly streaming in its funny Hindi-dubbed version, its soothing and mysterious crevices make it mass appealing. Bringing to screen John Grisham’s brilliant novel, ‘The Client’ is an above average effort which tends to be wholesome every now and then. Told through the eyes of an innocent boy, the film focuses on his status as a prime witness in a murder and his subsequent protection by a strong lawyer (Sarandon) and a police officer (Jones). The film’s real strength lies in its familial ties and a harrowing depiction of American underlife. 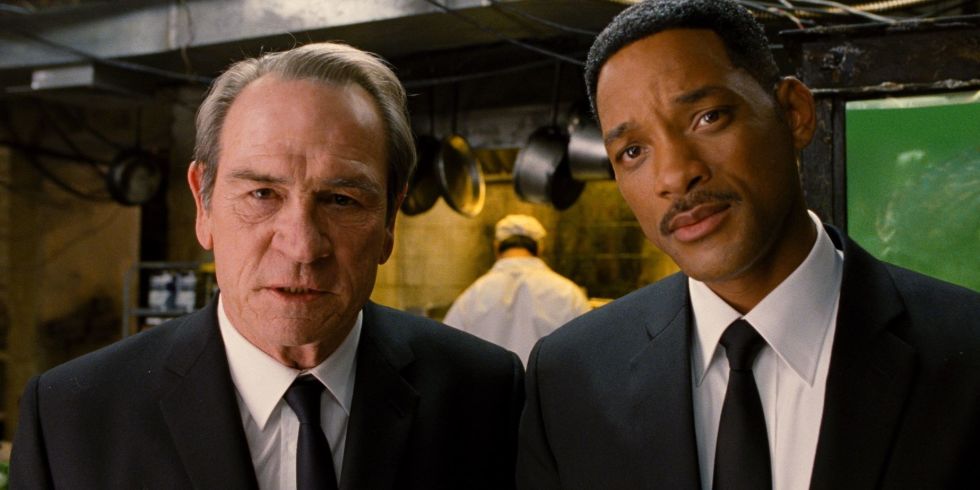 This iconic duo has hardly any other competition in terms of their bromance and the ability to incohesively exist as a team. ‘Men In Black’ was an imaginative and soulful effort to achieve absolutely nothing. And guess what, it did. Agent K and J function for a clandestine agency that monitors extraterrestrial affairs on Earth. Sporting crisply pressed black suits and age-old sunglasses, the two are tasked with erasing alien sightings throughout their assorted areas. The film’s status as a comedy withers away as it moves ahead with time but still remains a thoroughly entertaining watch. 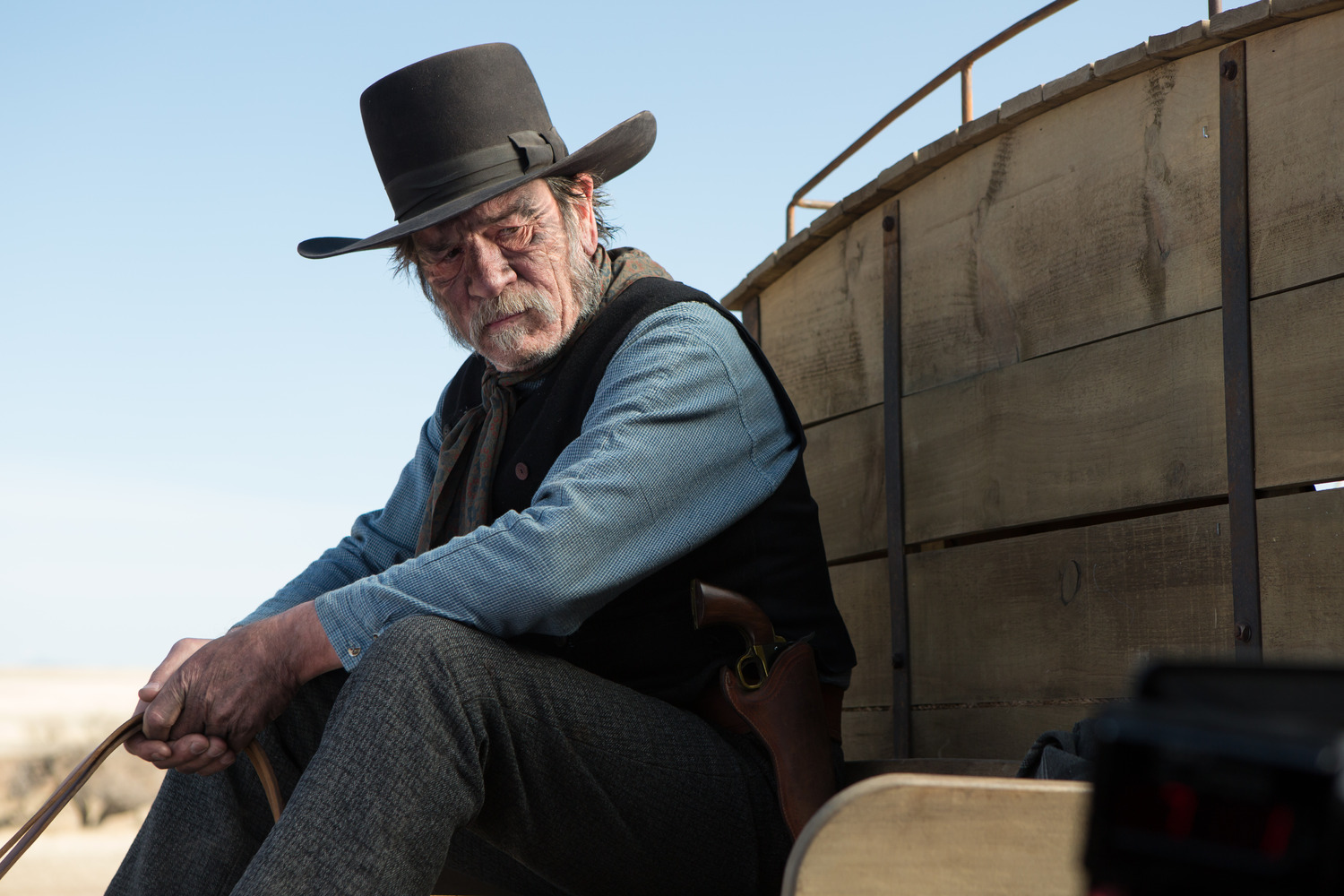 ‘The Homesman’ will take you back to the 1850’s, a restless period of transformation of the society, both emotionally and technically. The title refers to the task of taking immigrants back home, which was typically a man’s job to carry out. The narrative loosely resembles the title and involves an intrepid spinster, who saves the life of an influential claim-jumper and requests him subsequently to ensure the safe haven of three mentally challenged women to Iowa. The solidly directed movie, coincidentally by Jones, is an assured reinforcement in the century-old genre’s ability to mesmerize and hold us still in its moments. 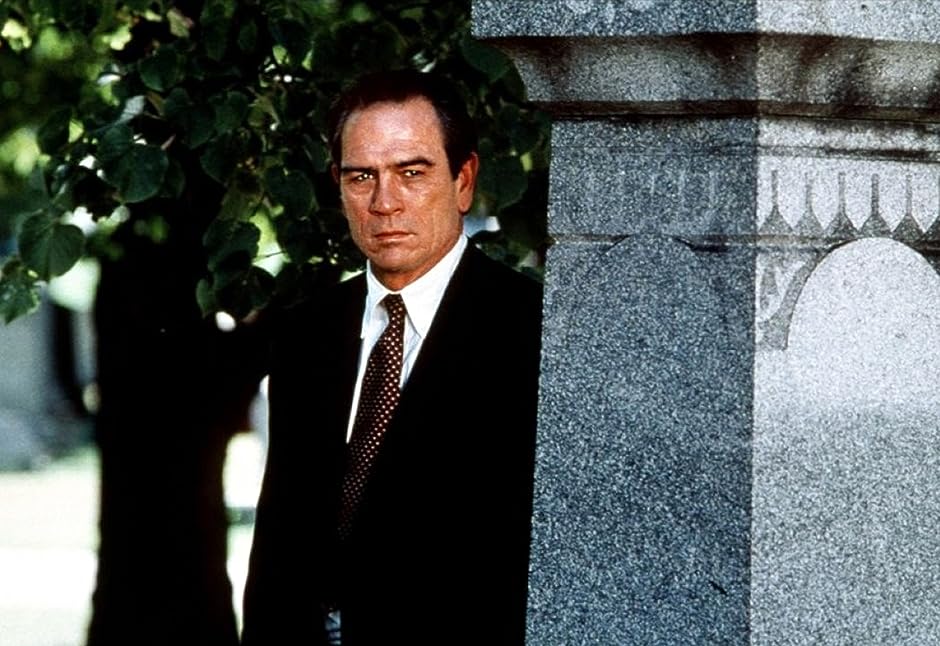 Similar to his role in ‘The Fugitive’, Lee Jones hit the right notes with yet another endearing display of strong will and practicality. The action crime-drama is a relatable take on the difficult life of an US Marshal and the trying circumstances he so bravely endures. Met with a mixed response from the critics, who praised the performance and the direction but criticized the screenplay, the film went on to gross more than a hundred million at the BO to marks its presence with the masses. 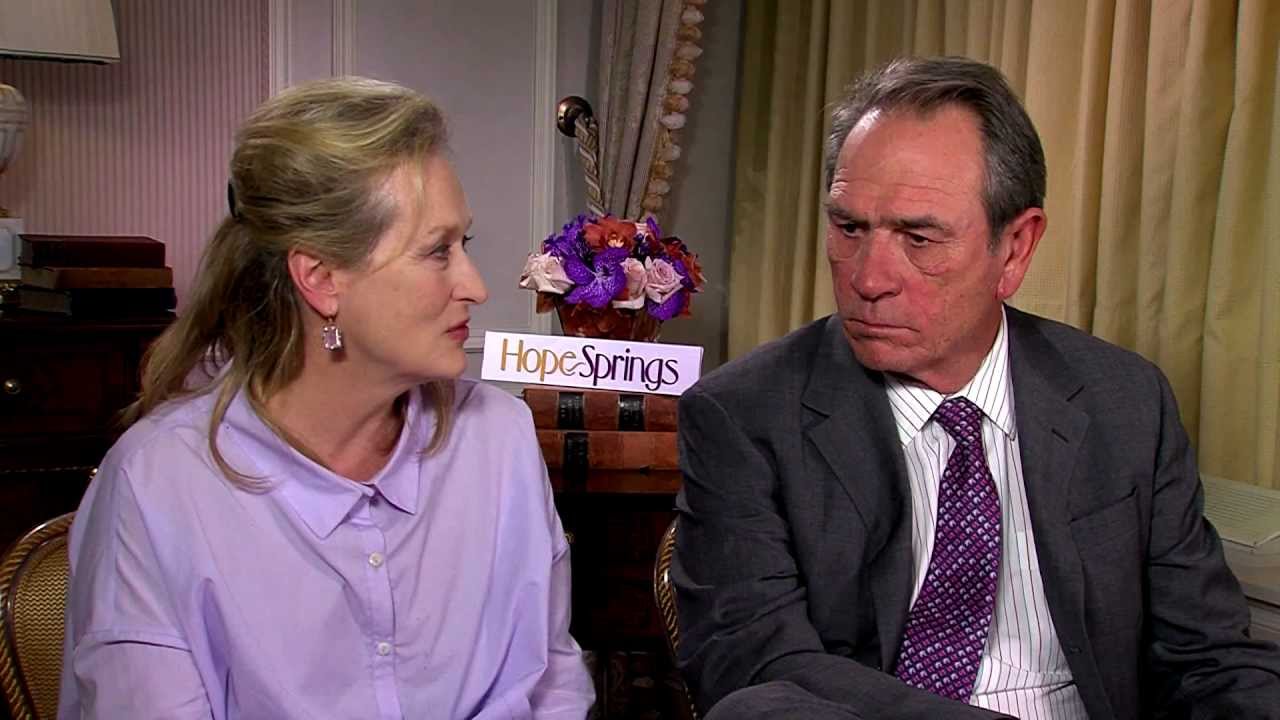 The Soames are miserably struggling in subsisting their marriage. Their relationship lacks intimacy and abundantly presents a remorseful distance between the two, to the extent that they sleep in different rooms. With no discernable options left, the two seek marriage counseling and visit Hope Springs, a peaceful small town, where they re-discover the magic. The triumvirate of Streep, Jones, and Carell is scintillatingly in form. With a deft dealing of the subject matter and some heart-warming scenes between the leads, ‘Hope Springs’ is more than your average romantic-drama.

Conspiracy thrillers are a thing of the past. The quintessential dramas took inspiration from the Hitchcockian brand of cinema and brought along neo-noir elements, which ultimately were the cause of their sorry demise. ‘JFK’ stands above the rest in its brutal and sincere adherence to the core story. Without dramatizing events and convoluting facts, the film presented an unseen and neglected behind-the-scenes perception. Lee Jones shone as Clay Shaw and rested his claims with this brilliant scene from the film. 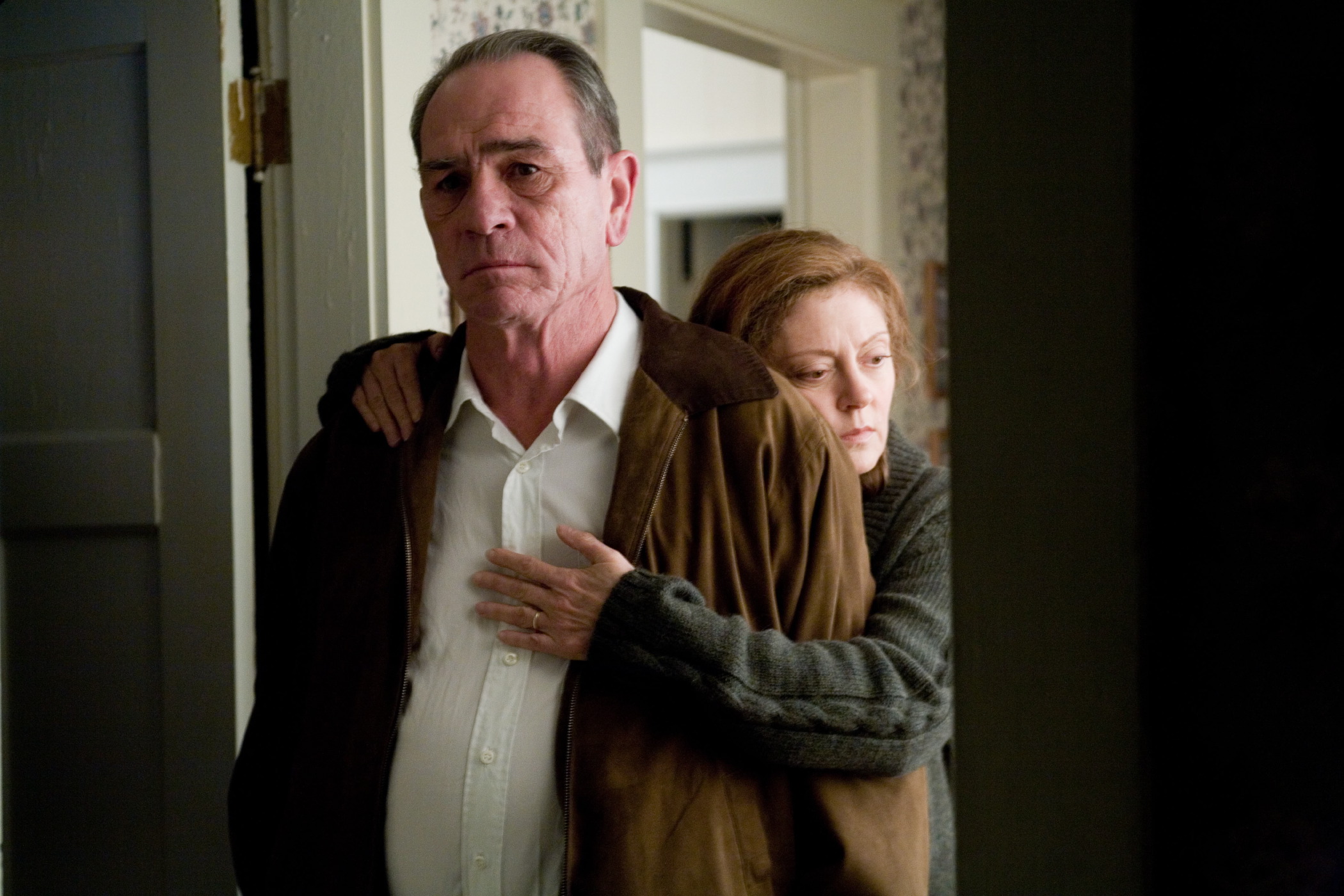 Garnering an Academy nomination for his brilliantly moving and meticulous performance, Jones was unfortunate not to win. ‘In the Valley of Elah,’ portrays a military father’s search for his son and, after his body is found, the subsequent hunt for his son’s killers. Dealing with themes like PTSD and the miasma of war, the film is a reproachful denouncement of such bloody undertakings by the hegemonic forces of globalization in contemporary times. The film’s contempt for war is visible in many scenes through adroitly included innuendos. The overwhelming cast is perhaps the best ensemble I have seen in a movie. Ralph Fiennes should have won the Oscar. Period. A rather uninspired film, ‘The Fugitive’ is definitely an over-rated movie. A criminal breaks away while getting transported to another facility owing to a vehicular mishap. A capable detective is handed the task to trace his footprints. Will he succeed? ‘The Fugitive’ is devoid of sharp turns and fresh ideas. The usual cat and mouse reach an expected and clichéd ending. The film though, shouldn’t undermine the brilliant performances from the leads, Jones and Harris, who each was succinctly precise and effective in their roles. 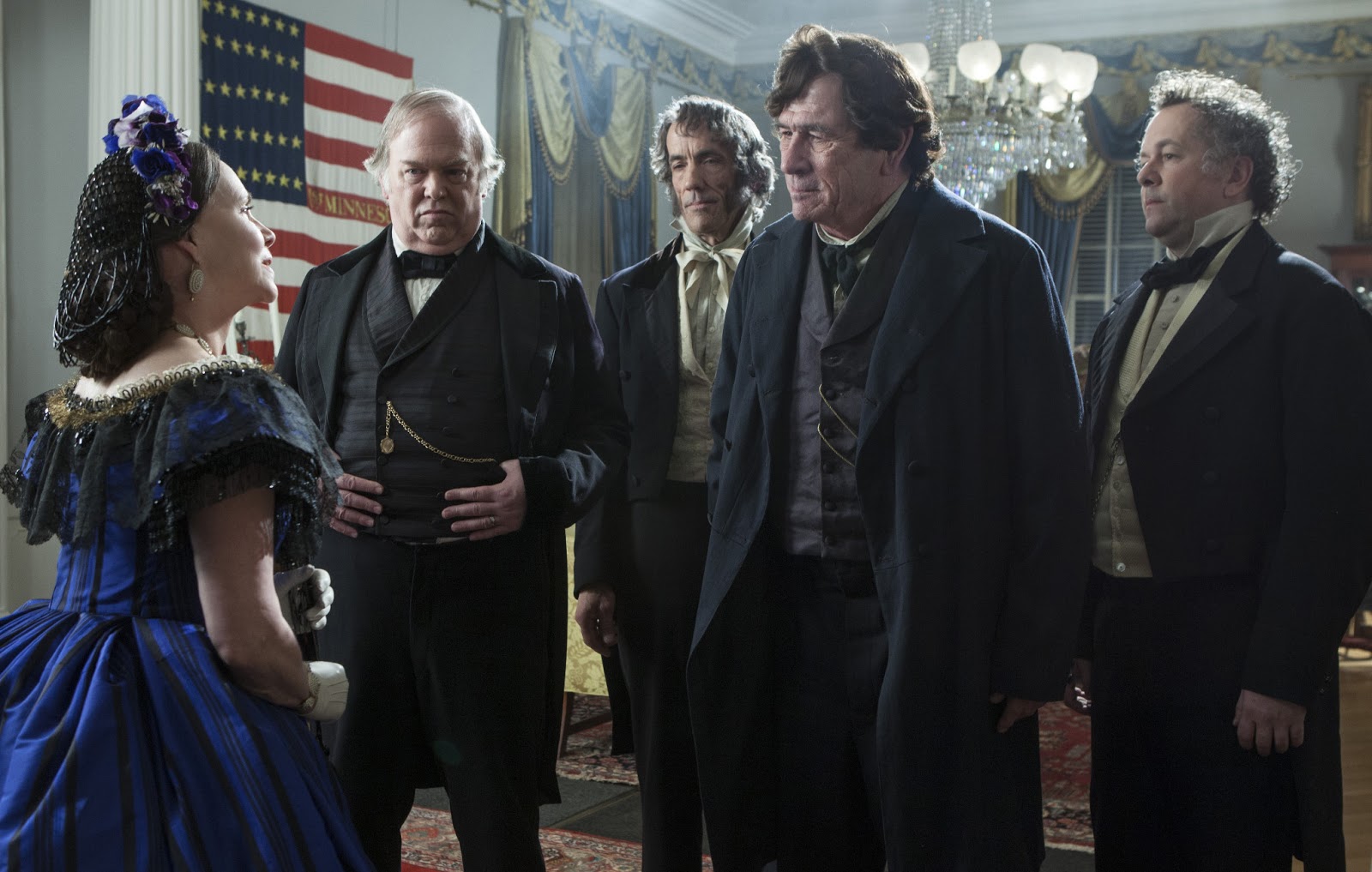 There are no words in the English dictionary able to encapsulate that was Tommy Lee Jones in Steven Spielberg’s moving and evocative biographical-drama, ‘Lincoln’. Featuring a cast that could move mountains with their emotions, Spielberg emerges triumphant with a heart-warming story about one man against the world. Briefly bringing to light the period just before the historic thirteenth amendment to the US constitution, the take on Lincoln’s painstaking efforts to assuage war and abolish slavery is filled with endearing characters. Thaddeus Stevens, the rapt and innately political savage is just another vessel for Spielberg to make us live the greatest moment in the history of America. Daniel Day-Lewis gives a performance which is not a job, but the very embodiment of the mysterious mind, body, and spirit of the great Abraham Lincoln.

‘No Country For Old Men’ is in the truest sense Jones’ career’s piece de resistance. His rustic and classic turn as the veteran protector of the law in the movie sent chills down our spines and makes a reinforcement in his abilities to own the screen. Noticeably restrained, with a hint of guilt, as he looks back on his career, Sheriff Ed Bells is called one last time to save an innocent life. The subject here is Llewelyn Moss, a banal carpenter, who stumbles upon a drug deal gone wrong and discovers a briefcase full of Washington greens. Anton Chigurh, a psychotic fugitive, is hired to track him down. The cat and mouse rollercoaster is the Coens’ masterpiece, and in my impoverished opinion, rates above any of their glorious works. The Best Picture-winning movie was an unconventional delight, something we have come to expect from the dynamic duo. Performances of a lifetime from the cast and masterful direction make this a 21st-century classic which will rest at the acme of cinematic annals in posterity.