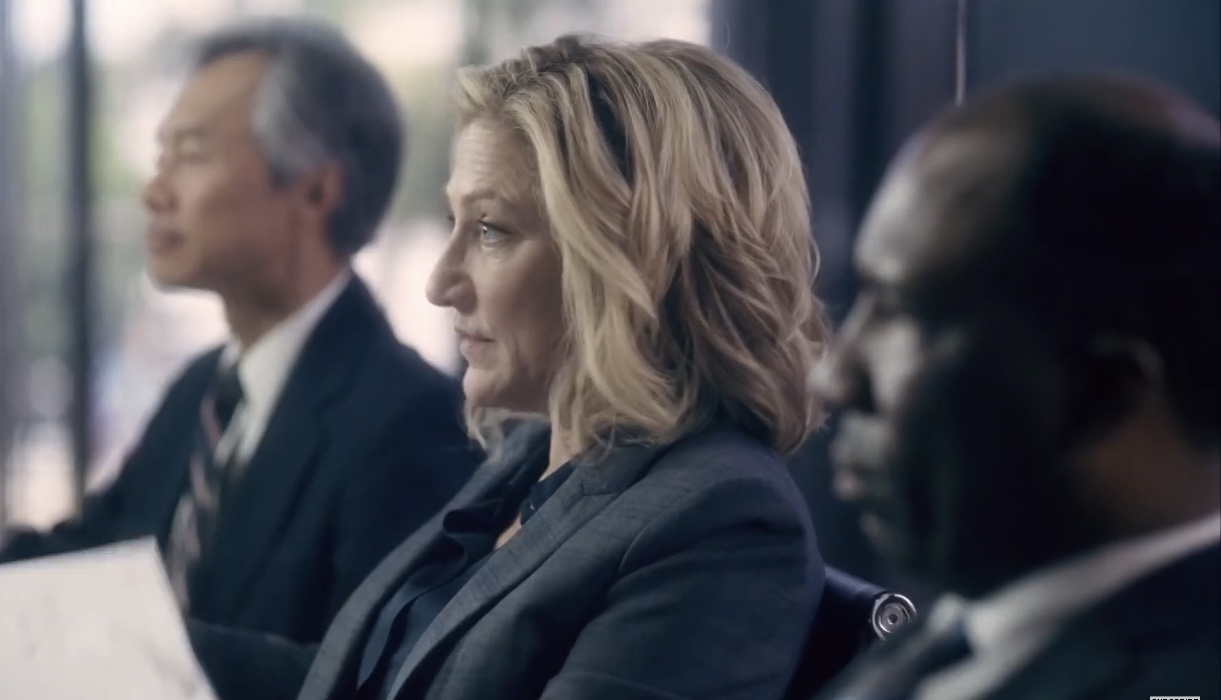 ‘Tommy’ is a crime television series that delineates the story of Abigail “Tommy” Thomas (Edie Falco), who becomes the police chief of the Los Angeles Police Department after a complex set of circumstances forces the former chief to retire early. Following the retirement of the ex-chief, the position is reserved for a woman who would be better suited in dealing with crimes involving sex crimes and other scandals. Tommy, an esteemed New York law woman, is chosen for the job.

After moving to the city, her life surprises her with both opportunities and adversity that she navigates through. Her personal life takes a new front as she reunites with her estranged daughter Kate (Olivia Lucy Phillip), and city politics take a toll on her. The series deserves applause, primarily because of Falco’s screen presence that outshines almost everything in the story. After its first season ended, talks of ‘Tommy’ season 2 have swept up the internet. Here’s everything we know.

‘Tommy’ Season 1 released on February 6, 2020, on CBS, and concluded on May 7, 2020. It consists of twelve episodes with a runtime of 43-45 minutes each. The show is another testament to Falco’s brilliance, which again wowed the critics and audiences.

As far as the second season is concerned, here’s what we know. In May 2019, CBS announced a mass renewal of its beloved shows, which sadly did not include ‘Tommy,’ along with a few other shows. Its viewership suffered during the time it ran, finishing second to last with regards to 17 other dramas broadcasted by CBS. Therefore, as of now, ‘Tommy’ season 2 stands officially canceled. Though its cancellation was abruptly declared, the cast and crew openly shared their disappointment about its end.

Adelaide Clemens, who plays Blake Sullivan in the show, seemed to have been hit pretty hard. She stated, “I’m going to miss working with such an exceptionally talented and especially kind group of people. To the cast and crew of Tommy, you’re bloody legends.” Michael Chernus, who stars as Ken Rosey, closed the topic by sharing his gratitude to the cast and crew. Here are the behind-the-scenes pictures shared by the actor, along with a heartfelt caption! 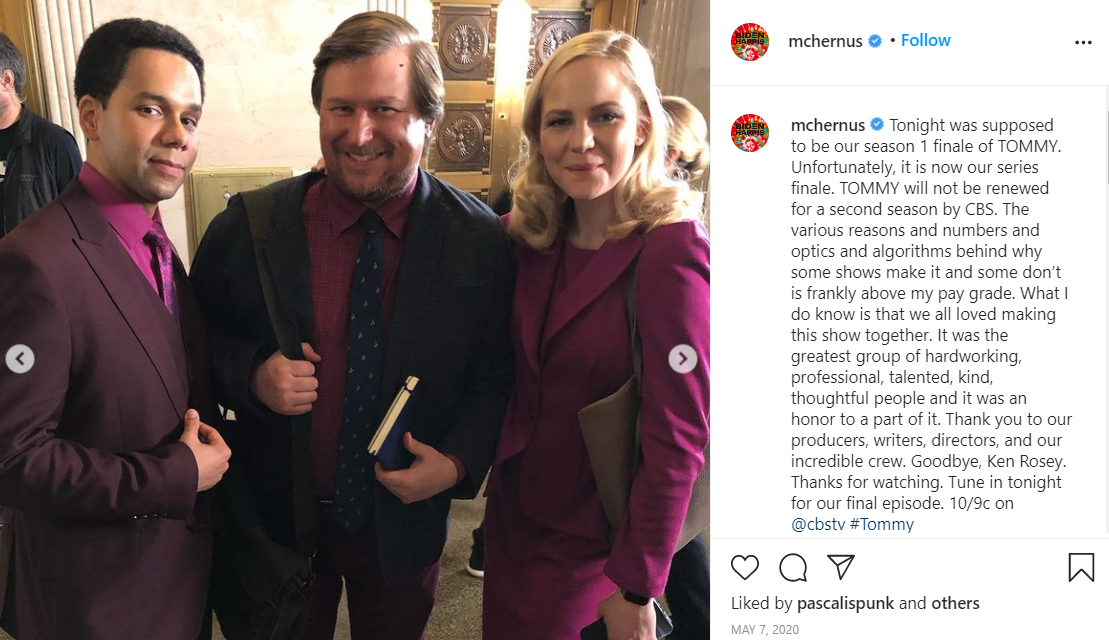 In the caption, Chernus said, “The various reasons and numbers and optics and algorithms behind why some shows make it and some don’t is frankly above my pay grade. What I do know is that we all loved making this show together. It was the greatest group of hardworking, professional, talented, kind, thoughtful people, and it was an honor to a part of it. Thank you to our producers, writers, directors, and our incredible crew. Goodbye, Ken Rosey. Thanks for watching.”

Meanwhile, Falco’s reel-life daughter, Olivia Lucy Phillip, reminisced her past in the show by adding that it was the most fulfilling work experience of her life. As acceptance regarding its departure from TV slowly sank in, fans were still dealing with its premature demise. They took to social media to express their displeasure, saying that the actual reasons why the show was not picked up are sexist and highly discriminatory. Whatever it is, followers of the show will miss this compelling series that certainly deserves at least another season.

Read More: Where is Tommy Filmed?