Tomo-chan Is a Girl Episode 1 Recap and Ending, Explained 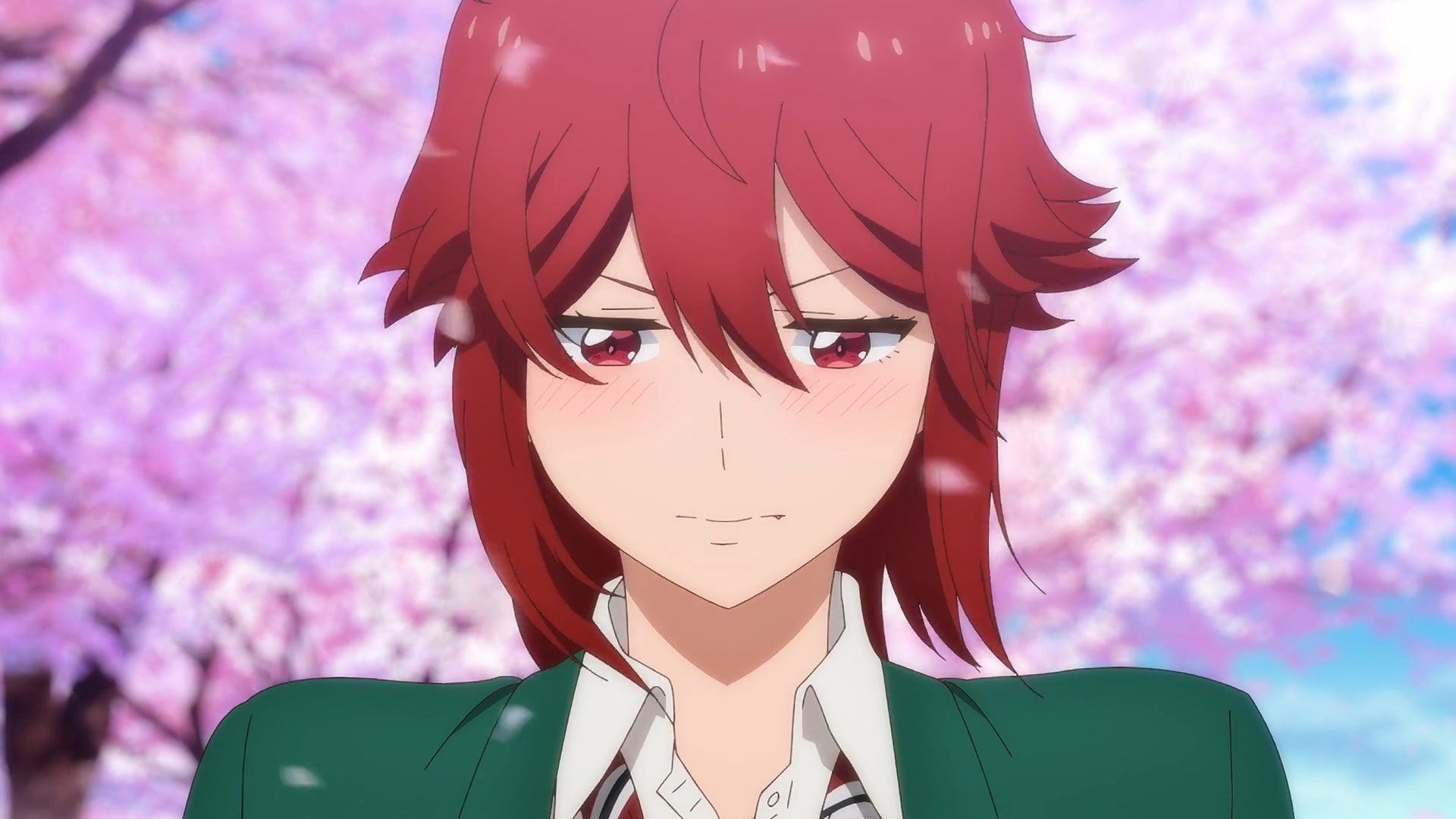 In ‘Tomo-chan Is a Girl’ or ‘Tomo-chan wa Onnanoko!‘ episode 1 titled ‘I Want to Be Seen as a Girl! & A Terrifying Challenge,’ the titular protagonist confesses his feelings to his childhood friend Junichirou, only for him to not even take her seriously. Meanwhile, her friend Misuzu constantly offers relationship advice to Tomo-chan so that she can somehow bring the eccentric duo together. In the boys’ karate club, the charming Kosuke Misaki is in awe of Tomo’s remarkable fighting prowess and appears to see her as a girl, unlike Junichirou. Sadly, some students from the school do not like this. Here’s everything you need to know about the ending of ‘Tomo-chan Is a Girl’ episode 1. SPOILERS AHEAD!

Tomo-chan Is a Girl Episode 1 Recap

After a lot of thinking and planning, Tomo finally confesses to his childhood friend Junichirou that she loves him. The two friends are neighbors and have attended the same schools for most of their lives. Unfortunately, Tomo realized in middle school that Junichirou does not see her as a girl. So, it is not surprising that Junichirou does not take the proposal seriously. Later the two friends even end up getting into a fight. 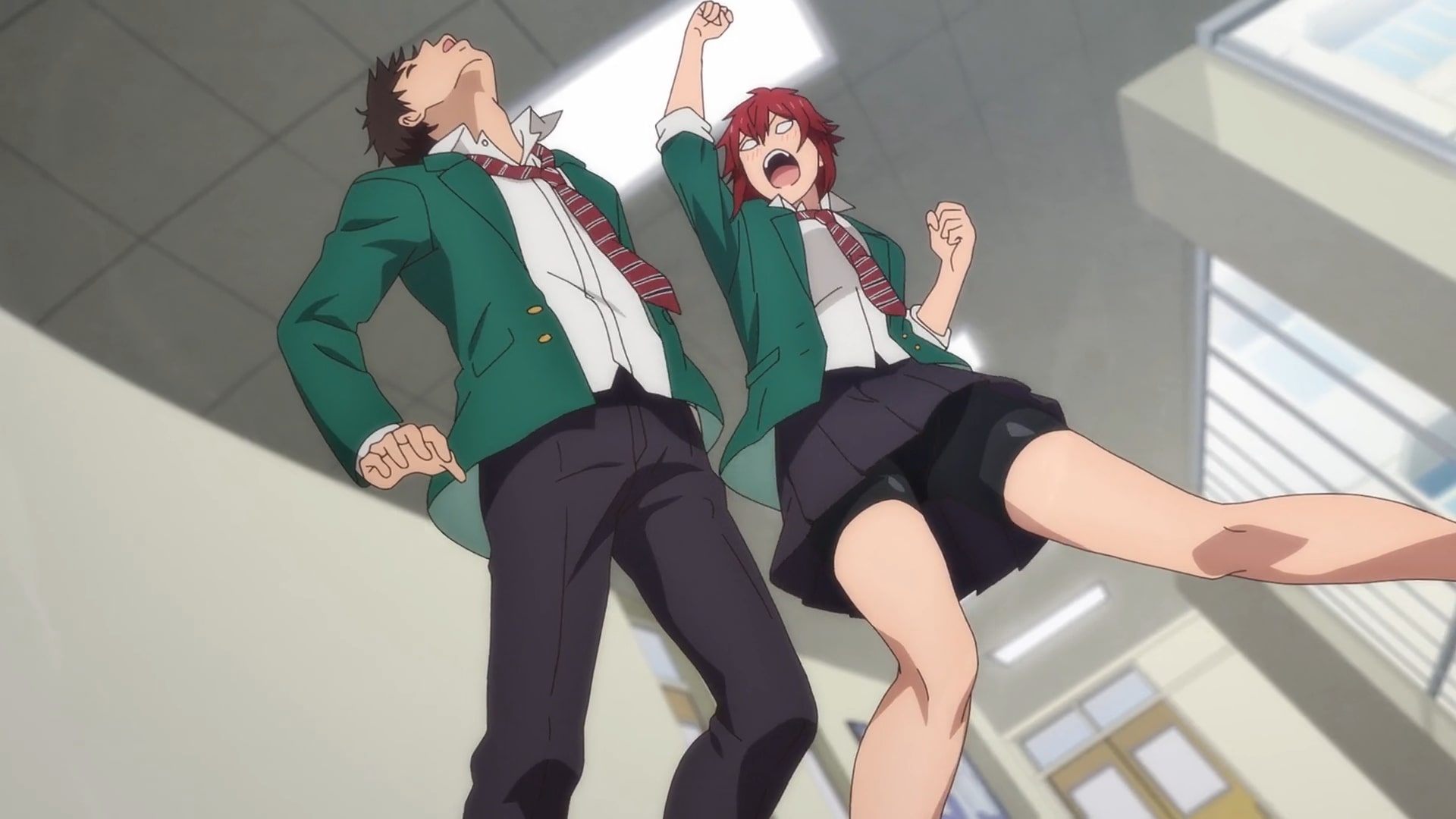 The following day at school, Tomo tells her friend Misuzu about the proposal who is not surprised at all. She blames Tomo since she was never interested in acting feminine which is why Junichirou does not see her that way. Later that day, it starts raining heavily and Misuzu recalls that she did not bring an umbrella. When Junichirou meets her they recall how they along with Tomo used to play together. Misuzu’s pranks always went too far and when they were being punished, she would always run away.

In order to instill insecurity, Tomo asks what he would feel if Tomo were to get a boyfriend. This leads to an awkward silence between the two until Tomo arrives there. When Junichirou offers to take her home under his umbrella, she declines but Misuzu makes her go with him. As they are walking back home, Tomo tries to stand a little away from Junichirou and ends up getting wet. When Junichirou’s eyes fall on her wet clothes and he notices something inappropriate, he immediately runs away.

Tomo-chan Is a Girl Episode 1 Ending: Why Does Tomo Have to Quit the Girls’ Karate Club?

At the Boys’ Karate club, Tomo is sparring with the charming Kosuke Misaki, whom she ends up knocking out accidentally. She apologizes to him later and Misaki appears to not mind what happened at all. In fact, he is actually charmed by Tomo’s fighting prowess and seems to like her. However, Tomo does not realize this at all. 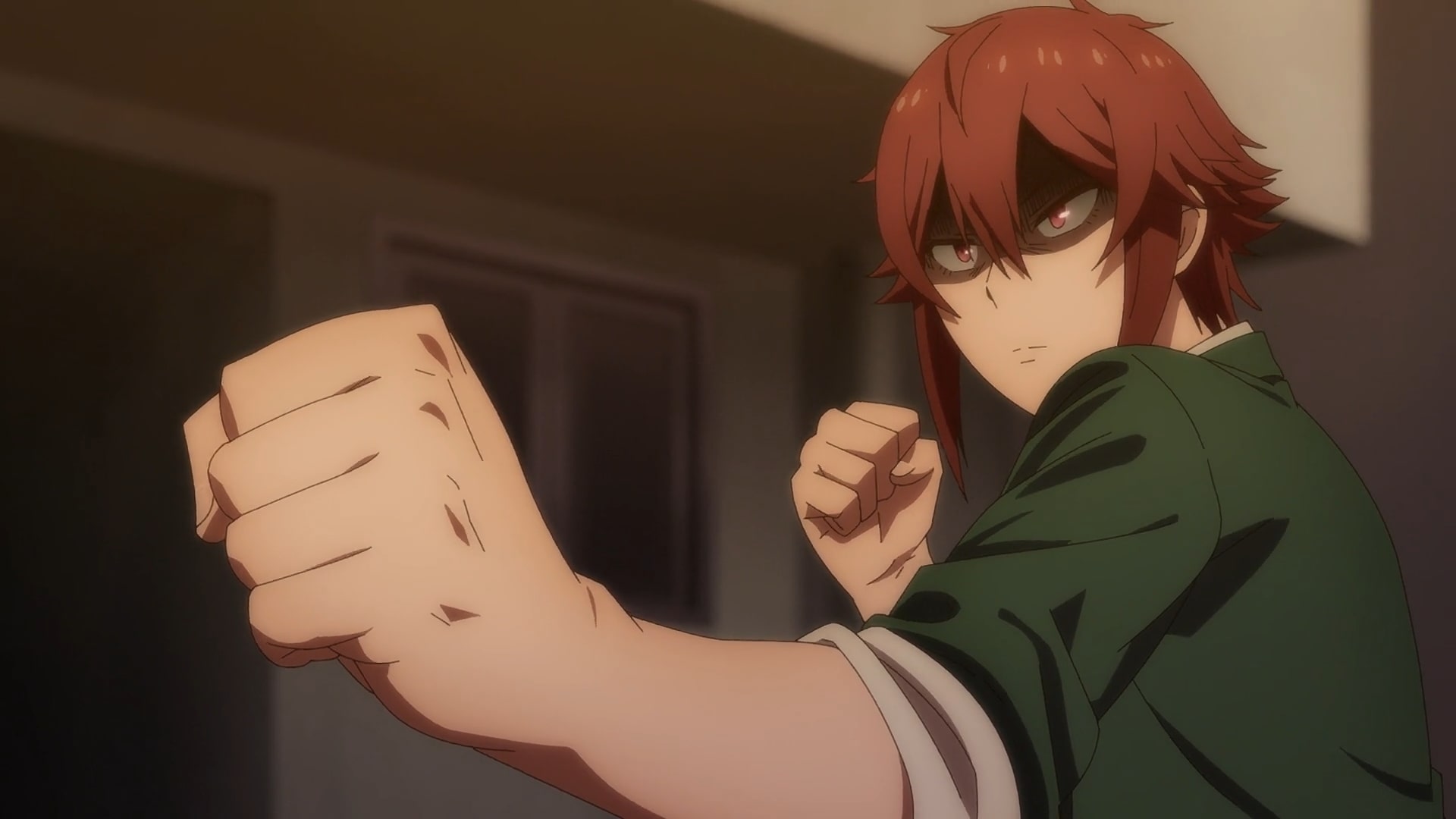 When asked about her decision to join the Boys’ Karate club, Tomo explains that she got carried away on the first day at the Girls’ Karate club, so she had to end up fighting with the boys. Interestingly, she never lost a fight at either of the two clubs. Outside the Boys’ Karate Club, two girls stalk Tomo and Misaki as they talk to each other.

Why Do Mifune and Ogawa Want to Talk to Tomo Privately? What Happens When the Girls From Class B Meet Tomo After School?

At the school, Tomo is confronted by two girls from Class B who have previously been stalking her and Misaki outside the Boys’ Karate Club. They introduce themselves as Mifune and Ogawa respectively and ask the titular protagonist to meet them after school behind the gym. Tomo sees this as a threat and tries to intimidate the two by inquiring about what they are up to. This appears to work really well as Mifune and Ogawa immediately talk about Tomo with their classmates. 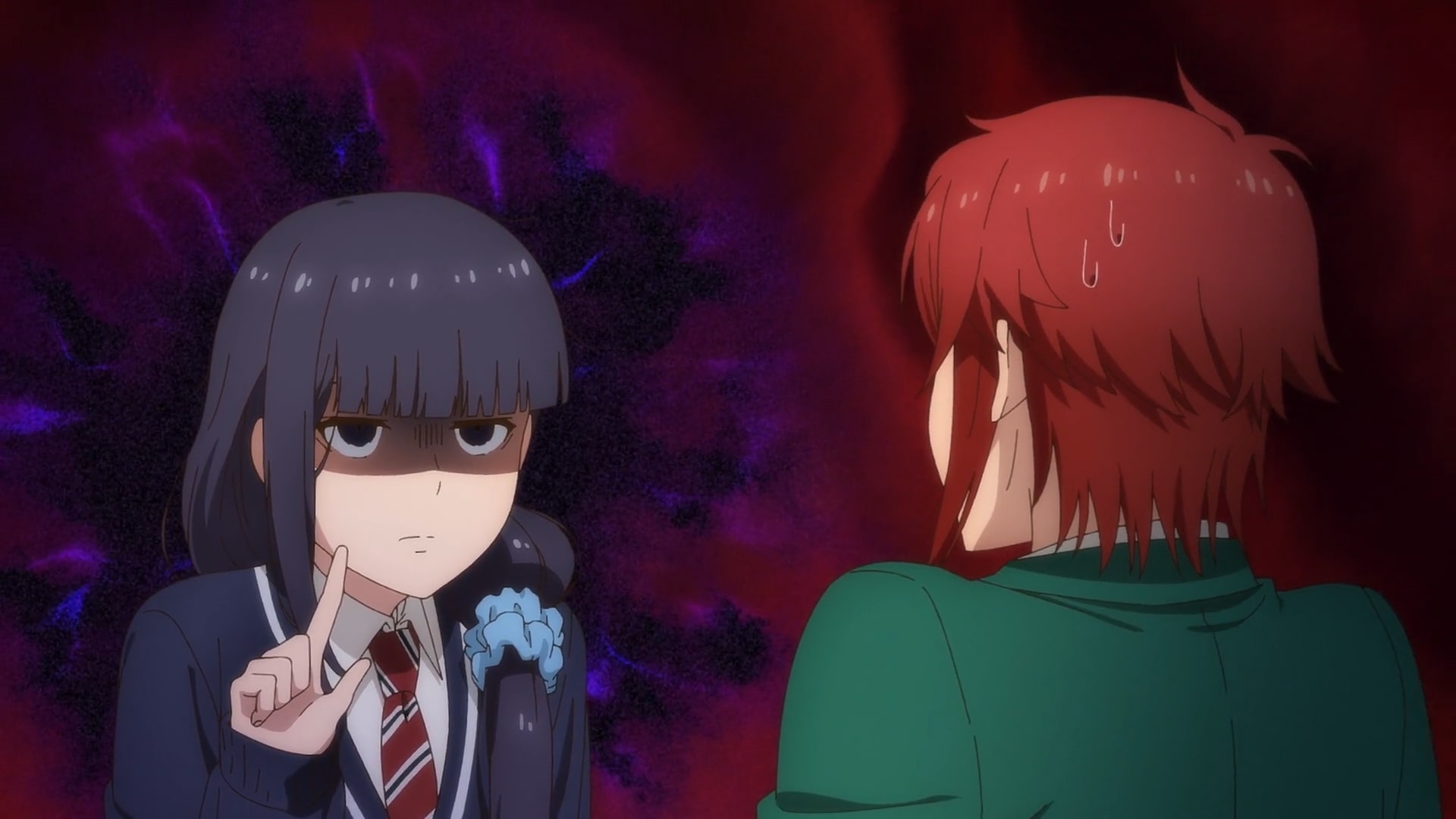 After one of them explains how powerful she is and genuinely seems scared, the duo gets frightened as well. Meanwhile, Tomo tells Misuzu what happened and opens up about her plan to fight the two of them. But Misuzu calmly reminds her that this is not how high school girls typically communicate. She dissuades her friend from fighting and instead asks her to tell her if they cross the line. Misuzu plans to destroy them socially if they are going to be mean to Tomo.

Later that day, Tomo meets Mifune and Ogawa behind the gym. The two are terrified of her and Tomo’s fighting stance only makes things worse. Mifune and Ogawa somehow gather the courage to tell her that they like Misaki and they saw her talking with him outside the Boys’ Karate Club. Tomo completely misunderstands the scenario and thinks that they need their love advice. She recalls how she has always wanted to do that and the two class B students are so scared that they do not try to correct her at any point.

Read More: Is Tomo-chan Is a Girl on Netflix, Hulu, Prime, Crunchyroll, or Funimation?